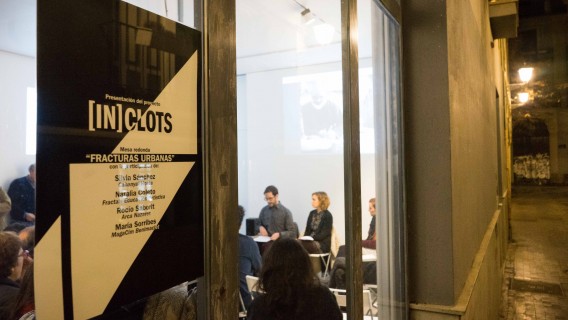 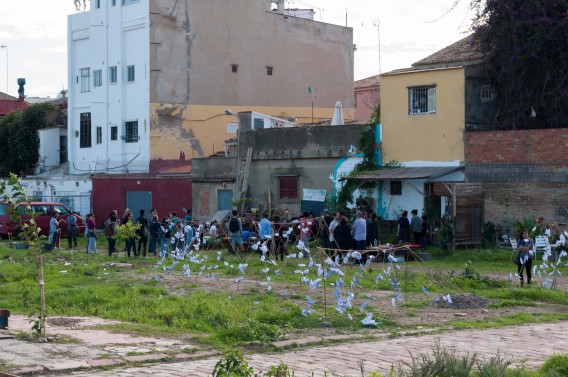 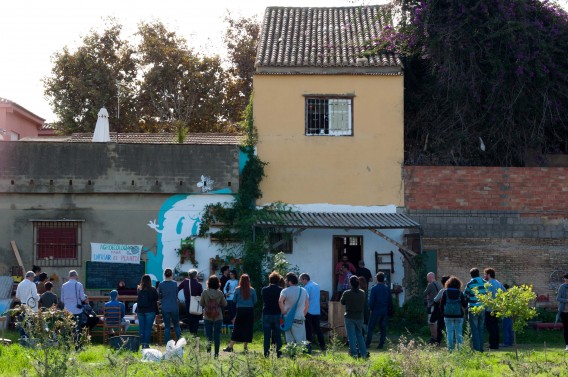 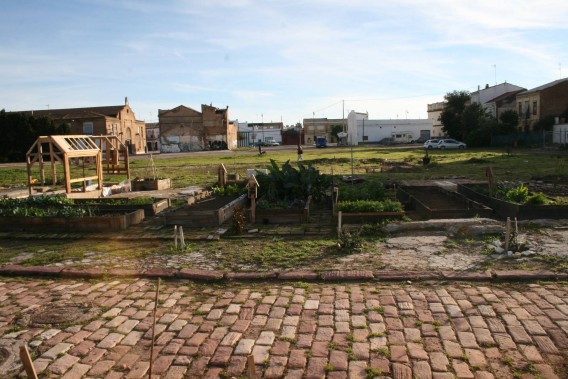 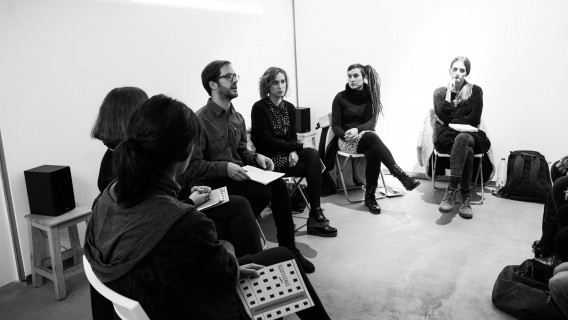 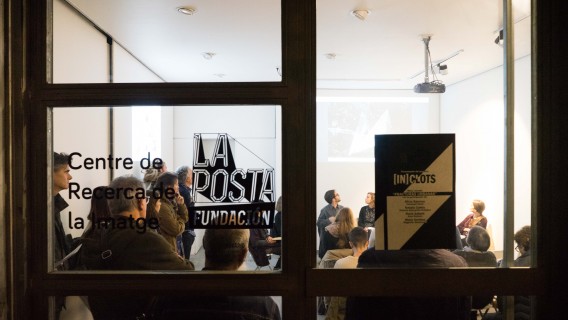 The artistic project [In]Clots, generated by a group of students of the Master of Photography, Art and Technique of the Universitat Politècnica de València, seeks to value and pay tribute to the neighbors who collaborate day by day in the revitalization of the neighborhood of the Cabanyal. In this work, the meaning of the neighborhood and its community, through the memory and the multiple diversities that inhabit it, are vindicated and debated.

It takes as a turning point the controversial PEPRI (Special Plan for Protection and Interior Reform), which sought since 1998 the extension of Blasco Ibáñez Avenue to the sea and the demolition of more than 1,600 homes declared of Cultural Interest. The artistic intervention of the [In] Clots project was carried out on November 5 in collaboration with Cabanyal Horta on the El Clot site, one of the most representative spaces of the plunder to which the Cabanyal neighborhood has been subjected. 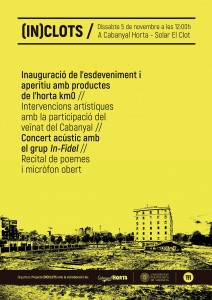 From the compilation of documents, interviews and through the collaboration of different associations and the neighbors of the neighborhood, a line of work is generated that reflects on the future of a space that has been in dispute for years and over that much remains to be debated.

[In]Clots supposes an exercise of listening and memory, it claims the voice of the diversities that inhabit the neighborhood and gives visibility to a scenario that revives thanks to the collective work.

The material derived from the project has been compiled in a catalog and in a video, presented on December 14, 2016, Wednesday, at 7 pm at La Posta Foundation. About the presentation, the roundtable Urban Fractures is held, in which different agents who live close conflicts in the coexistence of certain neighborhoods and who work by the inclusion of the diversities that inhabit them: Silvia Sánchez, from Cabanyal Horta; Natalia Coleto, of Fractals Educación Artística; Rocío Saborit, of Arca de Noé, Nazaret; And Maria Sorribes, of MagaCim, la televisió de Benimaclet. 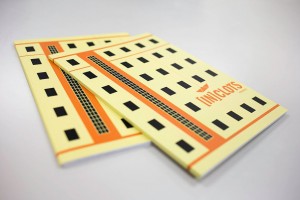