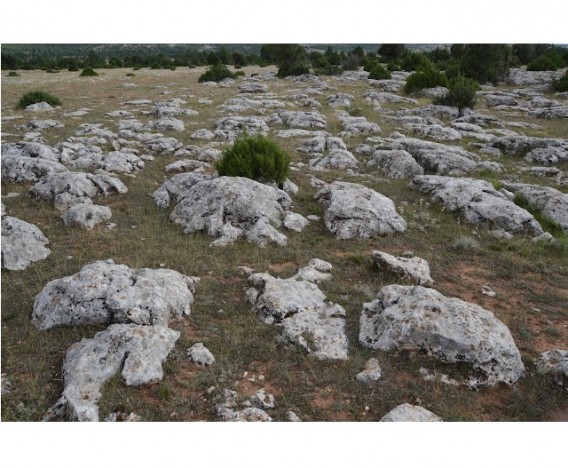 We don’t have to go very far to find the landscapes of nomadic life. Here near Valencia we have an overwhelming one: the sea of stones between the towns of Arroyo Cerezo (Rincón de Ademuz) and Alobras (Teruel). That sea of stones has been studied by Enrique Gil Bazán.

It is called a sea of stones due to the fact that these lands are made up of marine deposits made when these lands were below sea level millions of years ago. In fact, fossilized marine reefs have been identified in lower soil strata, visible in a pit opened in the earth by the flow of the Cerezo stream.

This sea of stones is part of the plateau of the Sierra de Albarracín, the Montes Universales, the Sierra de Gúdar. It is the territory of the Maquis (the anti-Franco guerrilla that extended its activities from the Civil War of 1936-1939 until the end of the 50s of the last century); the territory also of the Carlists (the supporters of the brother of Ferdinand VII in conflict with his successor Isabel I ―and before the Regent María Cristina―; conservatives at war against the liberals, a war that lasted in three episodes, from 1833 to 1876 , the time of the disentailment of the assets of the Catholic Church and the disengagement of noble estates). 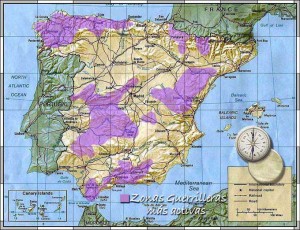 Most active guerrilla zones during the Franco regime

We are before a territory that has known wanderings, nomadism and vagabondage. In that territory, whose best identification is precisely by looking at the delimitation of the AGLA (Guerrilla Aggrupation of Levante and Aragón) of the Maquis, it is the territory in which The Shepherdess / The Wolf of the Maestrazgo, who was known by both names, carried out his activities (today we would call it intersex, so it has sometimes been called a hermaphrodite), we have learned of its existence from the novel by Alicia Giménez Bartlett: Where nobody finds you (2011). 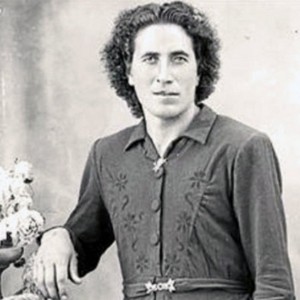 The Shepherdess / The Wolf of the Maestrazgo

This is the perfect landscape for a contextualized reading of Xenophon’s Anabasis, the story of other wanderers. The expedition of the Ten Thousand that in 401 BC left the Aeolian and crossed the Anatolian peninsula to fight under the command of Cyrus the Younger, who intended to seize the throne from his brother Artaxerxes II, the Great King of Persia. The battle took place at Cunaxa, the present site of Tell Kuneise, west of Baghdad. Although the battle was won by the army of Cyrus the Younger, in alliance with the professional Greek army, the fact is that after the battle it was known that Cyrus the Younger had died, and his troops went in disarray to the enemy side of Artaxerxes II, leaving the army of the Greeks abandoned on hostile land. These then undertake an uncertain path back, in the midst of considerable disorientation, since their generals had been killed in a trap prepared by the army of Artaxerxes II. It is at this point that Xenophon takes charge of the return expedition, recounting the adventure on his return home. On the way back they crossed the territories of Mesopotamia and historical Armenia, traveling along the banks of the Euphrates to Lake Van and then to the Black Sea, when they would exclaim the well-known: “Thalassa, Thalassa” (“The sea, the sea”). 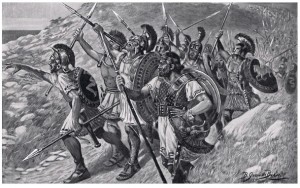 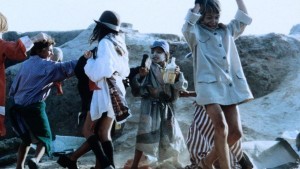 The story of the expedition of the Ten Thousand has been made into a movie on several occasions, and has inspired many other films, such as that by Eric Baudelaire: “L’anabase de May et Fusako Shigenobu, Masao Adachi et 27 années sans images”, 66′, 2011, but we want remember now precisely the movie “Thalassa, Thalassa. Rückkehr zum meer” (1994), by Bogdan Dumitrescu, which tells the story of a group of boys and a girl who find and steal a convertible Jaguar and decide to drive to the sea (the Black Sea). What starts out as a joke deteriorates into a pretty grueling ride. Which brings us back precisely to the beginning of this itinerary of the exhibition “The Nomadic Life”, when we started talking about the film “Siddieqa, Firdaus, Abdallah, Soelayman, Moestafa, Hawwa in Dzoel-kifl” by Joost Conijn.

He is a geologist and paleontologist (he was part of the Atapuerca team ―linked to the Museum of Natural Sciences in Madrid―, which under the direction of Emiliano Aguirre received the Prince of Asturias Award in 1997), and also a novel writer (Homo Project. Atapuerca: under the threat of the international plot, Certeza Libros, Zaragoza, 2007; a novel of intrigue, action and suspense), and writes scientific popularization in different media, such as CatalunyaVanguardista – Digital Independent. He uses photography to illustrate his scientific work with images, as drawing was previously used for that purpose. His photographs of the sea of stones of Arroyo Cerezo, in Rincón de Ademuz, show us a landscape of undiscovered beauty, to which his work makes a notable contribution.