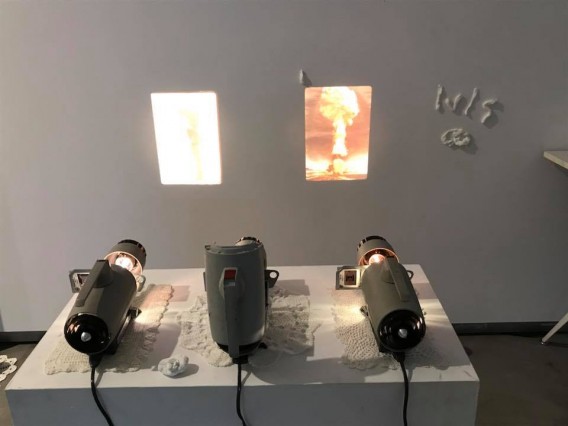 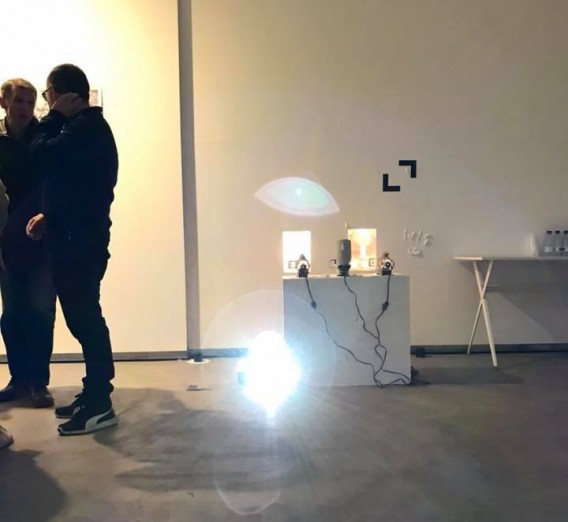 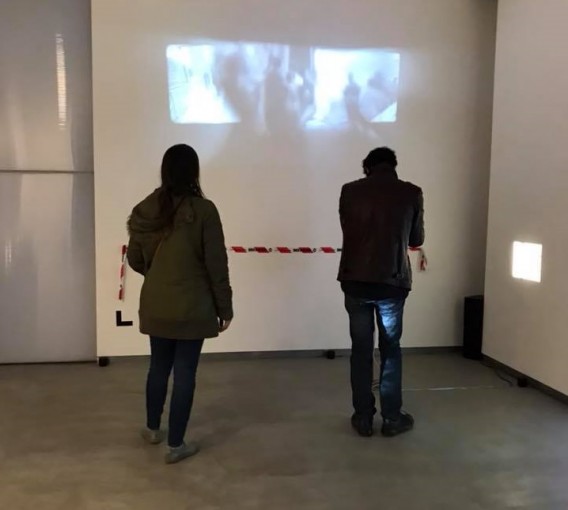 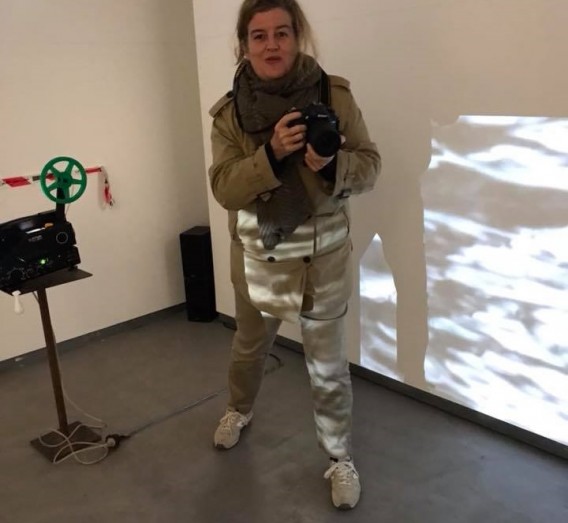 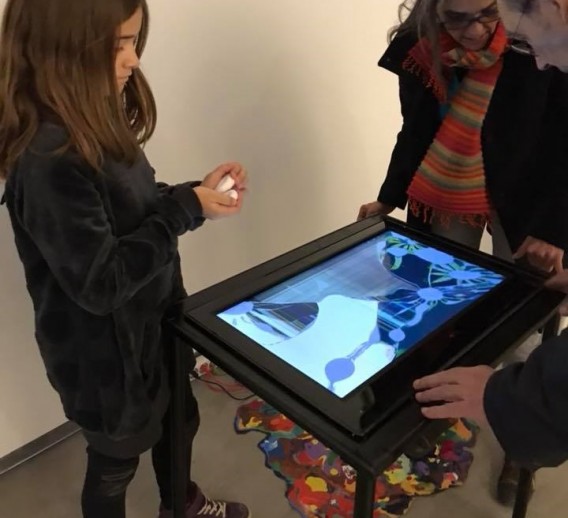 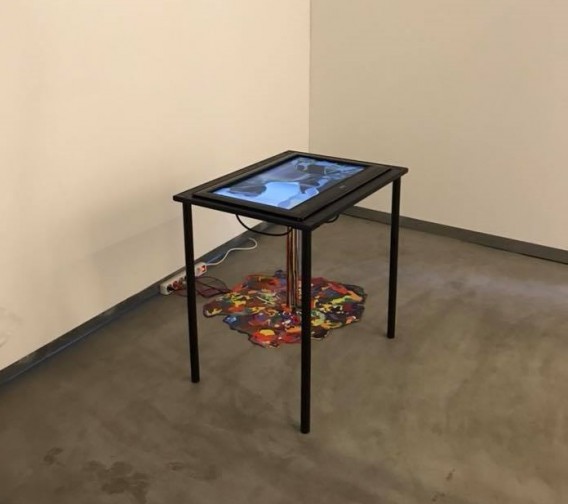 On top of a stand there are three small projectors. One of them emits white light (later when watching with attention the portrait of a soldier is appraised), the second projector does not emit light, the third projects the image of a mushroom cloud. The three rest on small rugs made of crochet. The whole goes back to the postwar period (spanish and international after Second War World), recalling the times of “total destruction”, as W.G. Sebald would say. Some time ago that another artist put in connection threads with postwar ―which meant for others, in other countries, independence, with its corollary of migrants―. This is the case of Céline Condorelli’s work “Il n’y a plus rien”, which could be seen in Murcia in 2010, in the old post office and telegraph office (the European biennial of contemporary art, itinerant). Two passes of confronted slides, projected on transparent sheets that multiply the light in a very bright way, showed images of cotton production in Alexandria at the beginning of the 20th century, which will then be transported to Lancashire (England) for the production of yarn, was confronted with a personal series that shows the flight from Egypt (anticipation of mass emigration occurred a few decades later). Uprooting and intimacy. The barbarism of the world from which only the memory of our grandmother doing crochet can save us.

All this occurs in the exhibition space of La Posta, made available, on this occasion, by the IAM-Lab research group [Laboratory of Artistic and Medial Interferences], of the Miguel Hernández University, Altea campus. And it happens in the middle of an atmosphere of lights and shadows, where it is the gloom that will reveal the secrets hidden in our subconscious. Projections of moving images that allow the one who wanders, generating incomplete silhouettes to cross the rays of light. Obsolete technology used to generate new perception devices. At the other end of the room, images printed on photographic paper, which reproduce similar effect of water surfaces that are seen moving at the opposite end projected on the wall at ground level, allow us to appreciate the different ways of working with light: reflected light, light that is projected, light emitted as well (on a screen in a horizontal position at the other end of the room).

Although frictions and interference are sought, as it is expressly stated in the room sheet, the truth is that everything is so well amalgamated that it would say that it is the installation of a single artist.