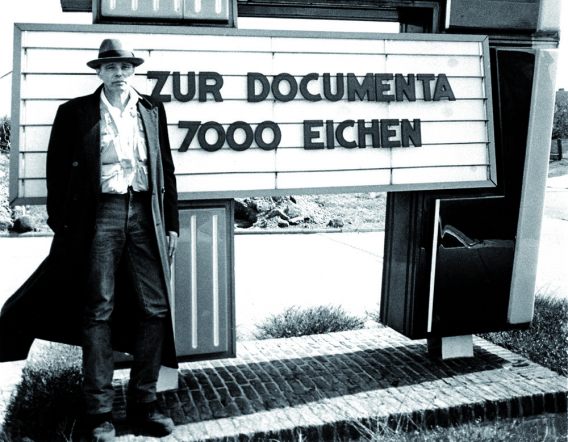 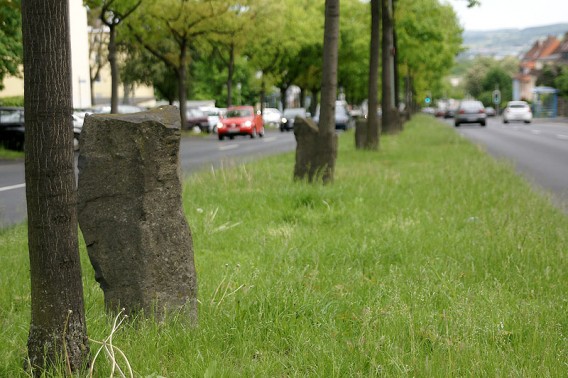 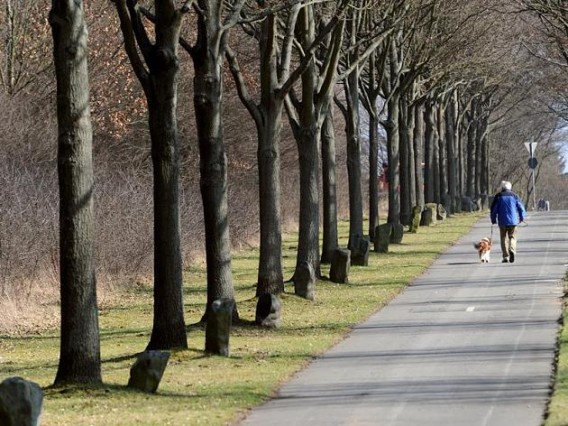 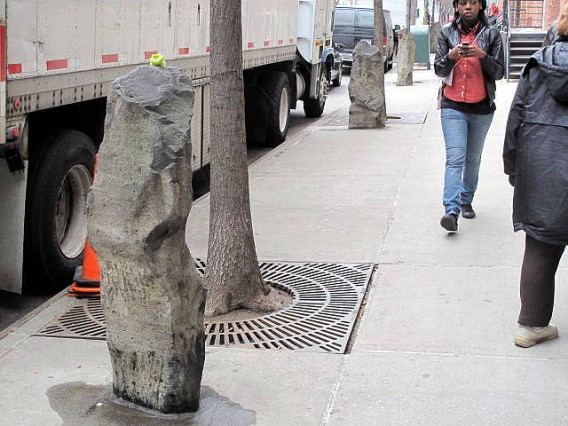 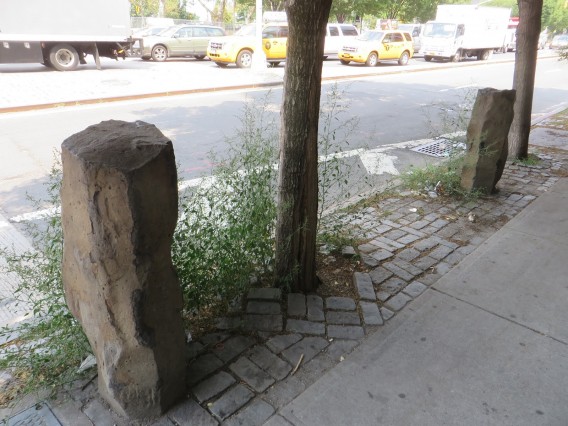 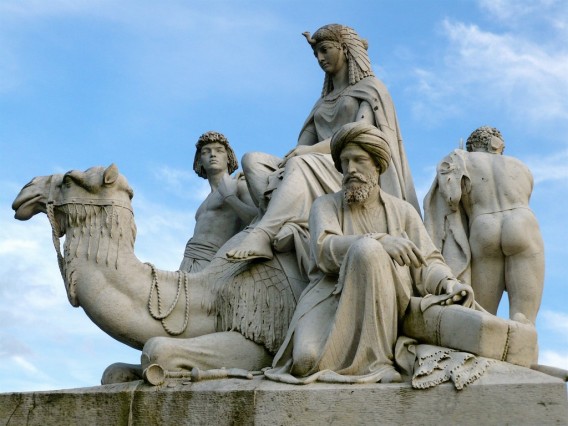 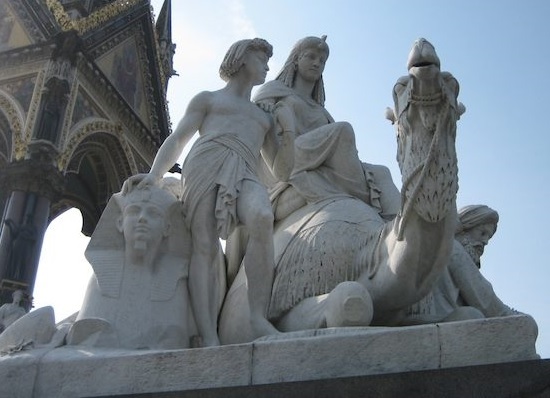 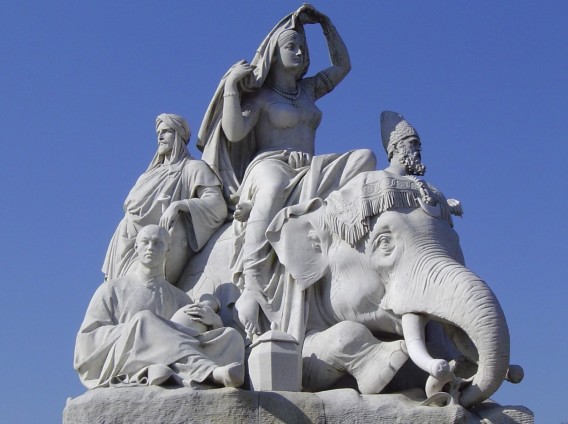 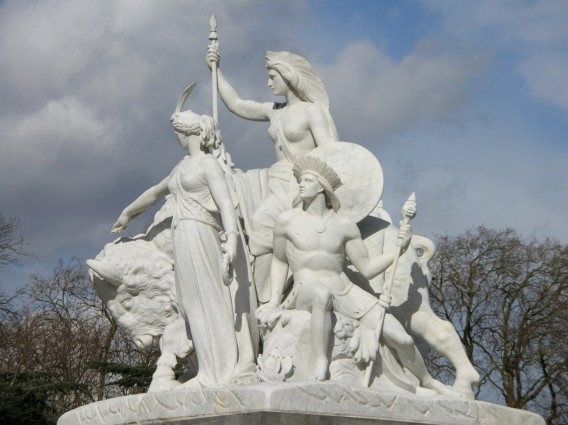 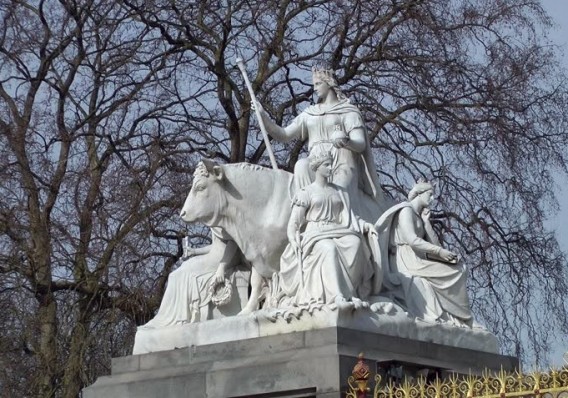 This spring is dominated in La Posta Foundation by Emerging Workshops* [Cyanotype, Color Tune, Psychogeography, ZOMBIE SPACES | SOUTH VALENCIA], all of them coincide in expanding the concept of art ―in some cases the brushes have been literally handed over to the attending public―, and in several of them the public has been taken to the street, to live and reflect on the public space, which had traditionally been considered as the quintessential domain of sculpture.

Sculpture is also an expanding concept; or that recovers meanings that were given in the past, depending on how you look at it. To realize this change we have only to compare, for exemple, the sculptural groups that surround the Albert Memorial, in London, allegorical of Africa, Asia, America and Europe, built between 1864 and 1876, with the work promoted by Joseph Beuys in Documenta in Kassel 1982 “7000 Eichen – Stadtverwaldung statt Stadtverwaltung” (7000 oaks – urban administration instead of the city administration). A work in process consisting of the planting of 7000 oaks accompanied by a basalt stone, carried out by volunteers, which was terminated after the death of Beuys, on the occasion of the following Documenta in 1987. Joseph Beuys was a professor of sculpture at the Faculty of Fine Arts in Düsseldorf, he never had any doubt that he was doing sculpture, he called social sculpture. Indeed, beyond the obvious change of meaning (while the allegorical sculptural groups of the four continents placed at the feet of Prince Albert represent the colonial power exercised by the metropolis over the entire planet, on the other hand, the 7000 oaks of Kassel are easily identifiable with nature, with a city more friendly for people ―because the oaks with their corresponding basalt rock were planted looking to prevent the parking of cars―), a change of meaning reinforced by a change in the materials used. But the most important is the change introduced in the process of intervention in public space, since while in the case of London in 1864-1876 the public was completely excluded, on the contrary, in the case of Kassel 1982- 1987, the public is the protagonist. We are in that tradition. For the moment in the phase of reflection and ideation, to move later to action.

* We have called them Emergent workshops because they are workshops that have received the support of the Emerging program – Social Innovation Strategy in the Territory of the University of Valencia – Vice Rectorate for Culture and Equality, in collaboration with the City of Valencia – Department of Youth. Organized by the LABi 02 team, the IDENSITAT collective and the La Posta team. LABi (Laboratory of thought, creation and diffusion of the image), is a project of the Master in Photography, Art and Technique of the Polytechnic University of Valencia in collaboration with La Posta Foundation – Image Research Center.