As usual in La Posta Foundation, after the celebration of an exhibition focused on the audiovisual, we extend the experience on the web. In this case ―after “Alexander Kluge. Gardens of Cooperation”―, we do it with a work that has not been seen in the cinematographic exhibition but that summarizes very well some of the most outstanding characteristics of the works that were exhibited in it (in 2 programs). This is Vermischte Nachrichten (Miscellanea news), a work of Kluge and Beate Mainka-Jellinghause of 1988, has a duration of 97 min. But if we stay there when describing it, we do not really explain what is the most relevant characteristic of this work, since it is really a collection of small cinematographic pieces, up to a total of 22, of variable duration, whose more precise denomination is that of miniatures.

The term miniatures has been used by various authors when referring to the work of Alexander Kluge. This is the case, for example, of Pleasure Dome (dedicated to collective exhibitions of artists working with moving images), based in Toronto, who use the term when commenting, in particular, the Kluge works that integrated the famous program for the Serpentine Gallery in London, whose premiere took place on September 22, 2006 [you can see here ―at the end―]; he also uses the term Alf Mayer on the Culturmag website, section In Bücher, “Alexander Kluge. 30, April 1945″, referring to Kluge as “The Master of the Miniature” [can be seen here]; and, likewise, the use of this term has been echoed by the Spanish media, as is the case of the Anagrama publishing house, when it announces on its website the book El hueco que deja el diablo, also a compilation of miniatures [you can see here].

The term miniature is particularly appropriate to refer to the work of Kluge less conventional, because it is a term that is full of plastic reminiscences very appropriate for the case. The term has its origin in the expression “minium”, which is the iron oxide, which was used to make the ink that was used to illustrate the medieval codices, also called illuminated manuscripts, which is why these illustrations were since then called miniatures. From there, the use of the term has been extended to include, among others, miniatures understood as objects, often artistic, of small dimensions; some of these miniatures were later incorporated into the dioramas that, as panoramas, allow the sensation of movement by applying light plays. The technique of the diorama has been applied particularly to account in detail of scenes of war, and has also been applied with zeal to the natural history museum. Both fields are particularly related to the work of Kluge (war and natural history). He refers to it ―as regards in particular the concomitances with the field of natural history―, W. G. Sebald in “Between history and natural history. Essay on the literary description of total destruction, with references to Kasack, Nossack and Kluge”, published in Spain by the Antonio Machado publishing house as an epilogue to Kluge’s book Aerial Attack on Halberstadt, on April 8, 1945 (which brings together that small story and 17 miniatures more on the air war). Concerning the concomitants with the illustrations in medieval illuminated manuscripts, Kluge has used them in a concrete way, for example, for the production of the short film “News of the Staufer” of 1977 (22 min.). Thus, it is a very appropriate term to refer to works of Kluge of short duration. 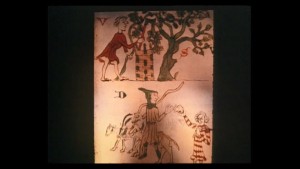 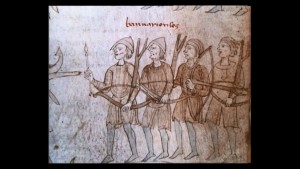 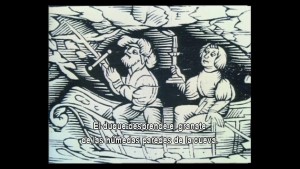 As for the miniatures understood as a formula at the service of the need to describe total destruction, referred to by Sebald, it is a concept that is formed in the context of the dispute held by some against the idea that what is scientific, what is valid It would be the universal, contrasting with it the idea that, on the contrary, it is in the concrete example that ideas take force; In this confrontation, the miniatures play a transcendental role since they give account of concrete facts, highlighting the inconsistencies of reality, without having to resolve this incoherence, as the scientific method demands, because they are developed in the artistic field. On the other hand, these miniatures are the antecedent, and reach a new level of development, in its application to the field of television productions, for which Alexander Kluge founded in 1987 a specific production for these works called DCTP (Development Company for Television Programs). Most of the works that have been seen in “Alexander Kluge. Gardens of Cooperation”, belong to this phase of their production. The aesthetic developed by Kluge in his works for television is heir to the modernist collage as well as to postmodern intertextuality; Kluge’s television is perfectly adapted to the idea of ​​its own flow. Flow of images and sounds that, on the other hand, we see that today has overflowed the television device spreading to the internet; we see it, in particular, in areas of production and consumption such as that represented by YouTube. 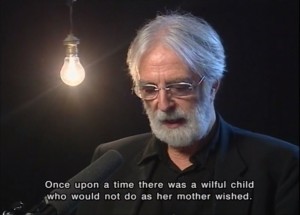 Closely related to the miniatures, such as those we can see in Vermischte Nachrichten (Miscelánea de noticias), from 1988, are the minuttenfilme (1 minute films), developed by Kluge as a third line of action in the audiovisual world, together with the miniatures, and the most traditional short films and feature films (whose images have been produced in general with celluloid, and thought for their exhibition in the cinemas, understood as the “dark box”). This close interrelation between the miniatures and the minuttenfilme is produced not only by the short duration of both, but because in the latter the morphology of the miniatures is deepened, accentuating the experimental aspect, which has opened another door to the exhibition of the Kluge works in the spaces of art. They are cataloged, a first compilation of 1995 composed of 6 minuttenfilme, which is precisely what would be included in the famous program of the Serpentine Gallery in London, which was exhibited in September 2006, and a second compilation of 2007 composed of 16 minuttenfilme. 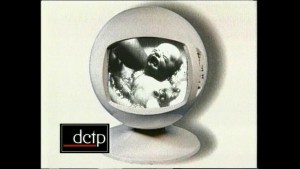 The minuttenfilme have taken root quickly in the cinematographic practice, like this at the present time dozens of one minute movies festivals are counted in the whole world: Aarau, Switzerland; Norwich, UK; Požega, Croatia; Yerevan, Armenia; Stockholm, Sweden; New York, US; New Jersey, US; Edmonton, Canada; Melbourne, Australia; even exclusively on the internet, such as the Filminute Festival http://www.filminute.com/pages/about