(sic) society and culture, an example of artistic action applied to the urban environment of the institution that promotes, in this case the MuVIM (Valencian Museum of Illustration and Modernity). The neighborhood Velluters Valencia was the subject of detailed attention to the activities organized around (sic), a publication that gave access to social agents, authorities and neighbors to media created by the Museum to account the state of the neighborhood. What you saw and read (sic) is not a media error but, if anything, the neighborhood itself: (sic).

(sic) was curated by Álvaro de los Angeles, and featured among others with a text by Román de la Calle -“Another twist of sociological art”- and interventions by artists such as Virginia Villaplana with the participants in the workshop “What old and New” which took place at the EASD (School of Art and Superior of Design of Valencia), in the same neighborhood Velluters; Ignacio Paris, Xisco Mensua, Martín López Lam, SCIF and Regina de Miguel and others. The latter with the work “Datation” a work of fictional archeology, linking photographs found in the corresponding municipal archives of the old General Hospital of Valencia (in his time together with the current MuVIM), added to current photos of the work in that solar, halfway between archeological and solar park abandoned. 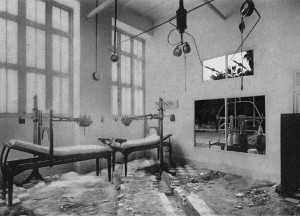 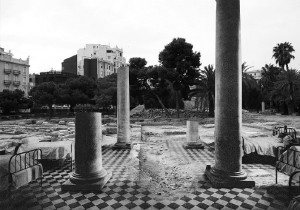 “By the second half of the seventies, sheltered as a form of conceptual art, developed -in the context effervescent Parisien- a series of artistic activities that knew how to move with ease and efficiency in mobile field borders media.

“Actually, the connections between art and media events-before even manifest intensely pragmatic dimensions and activists linked to specific proposals artistic ones, they had already found, especially in certain fields of theoretical reflection, a good reef and clearly welcomed and speculative interest, which also benefited undoubtedly to that later operating linker.

“A lot had to do, in this task, structuralism itself and its optimized junction with semiotics, ie crossed dialogue between philosophy and linguistics, combining their research keys, expanded to very plural domains. Such domains could certainly be counted sociological, anthropological, cyber or aesthetic contexts, often taking skyline as the possibilities and expectations that communication generated quickly” [Roman de la Calle: “Another twist of sociological art” (sic) 3/12].

Under works like (sic), it stands one of the actions included in The program of cinematographic/videographic activities, to develop in the months of May and June, addressed to retake “WHICH Project” started in the neighborhood of Velluters in 2013 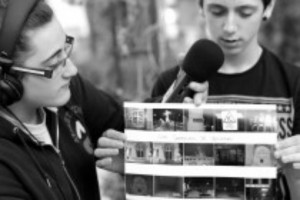