In La Posta Foundation can be seen these days the exhibition “The Inverted Classroom. Pedagogical strategies and artistic practices from sexual diversity” of FIDEX Research Group (Figures Excess, Policies Corps), from Miguel Hernández University, Altea . Exposure takes place in the context of the International Congress on Arts Education and Sexual Diversity (EDADIS), organized by the Institute for Creativity and Educational Innovation of the University of Valencia.

In the works exhibited notable for its thematic work of Juan Francisco M. Gómez de Albacete: “Not all bodies are 7 heads and medium”, 2014. 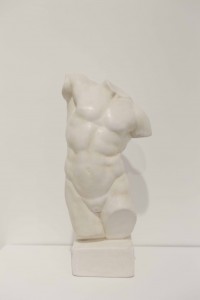 It is a model, of which are commonly used in teaching in schools of art, which has been operated reflecting FtM trans sexuality.

The work comes in a very sensitive area, reflecting a difficult physical reality to accept both from the point of view of heteronormative standard as from the perspective of those, having self-determined in gender differently to given them by their sex, feel a strong rejection regarding anatomy of origin.

However, it is a reality in accelerated due process standards, among other phenomena, visibility that gives internet and videos you have personal experiences of sex change FtM. 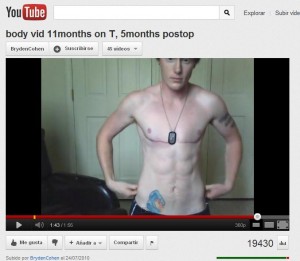