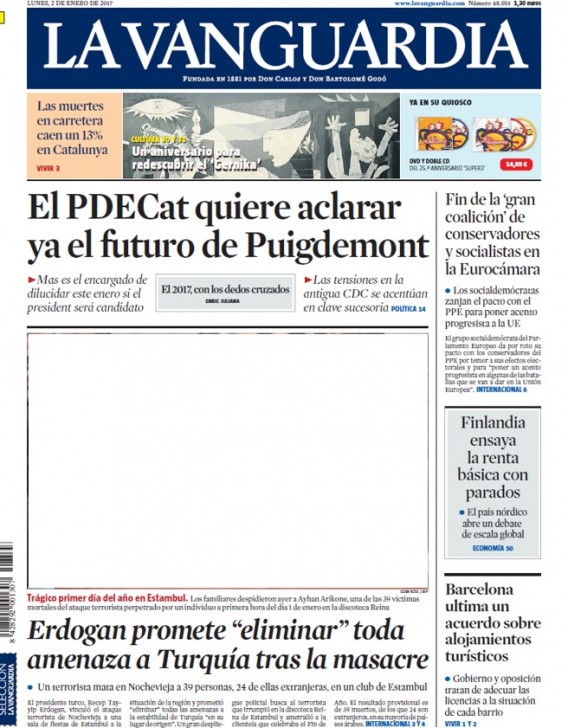 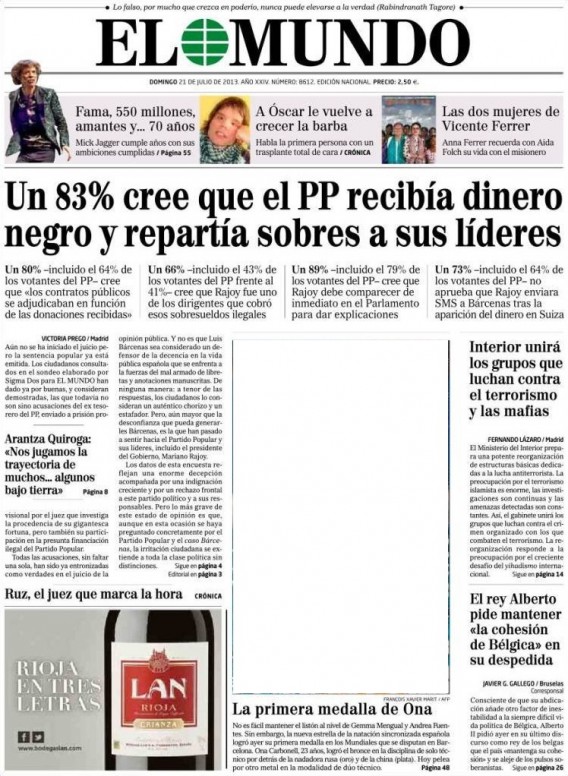 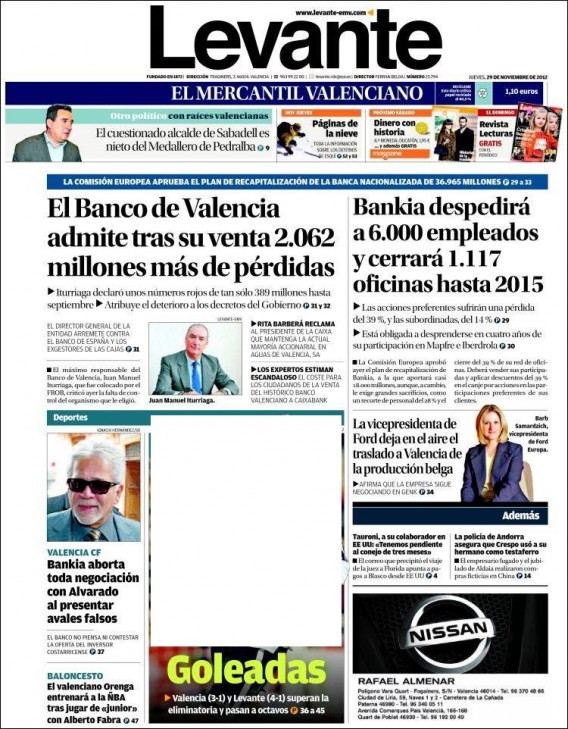 TMI derives from social networks and is transferred to the exhibition as a way of referring to the large amount of information to which we are currently susceptible. This in turn fulfills the function of questioning the personal filter that each one generates to manage the information it receives.

The following sample seeks to reflect on the forms of mediation of the images within the mass media using three of the newspapers with the largest circulation in Spain and one local one, El País, El Mundo, La Vanguardia and El Levante EMV. The newspapers serve as communication tools that seek to inform about the most relevant events of the moment, for this each of them creates internal selection criteria privileging certain news about others. Within the newspapers the cover represents the most predominant space, in which the images have a privileged role, they are the ones that portray and connote in different ways those events. With the introduction of new platforms, which aim to connect their users, has been unleashing a struggle between the media. New spaces such as Facebook, Instagram or Twitter serve as a source of information to keep your viewers updated on current news. These platforms have been consolidated since they create a more immediate connection with reality or with the other, while media such as the written press have become obsolete.

In the new interconnected media the hierarchy of images is not exercised from the notion of cover image, as it is in the case of newspapers, but it is established from the degree of interest that users have on them. These new platforms have allowed viewers to be producers of their images, turning them into active agents in shaping our imaginary. This translation of roles allows us to question the hegemonic power that the mass media create on its public.

The sample contrasts these two categories of media, to generate a space that allows us to reflect on the different forms of visual representation at present through the media.

The material that will make up the sample will be collected in its entirety during the seven days prior to the inauguration. Throughout these days will be acquired the three newspapers with the largest circulation in Spain, El País, El Mundo and La Vanguardia, and the local newspaper El Levante EMV. From each one of them, the main image of the cover will be cut out and placed on the wall placed inside an envelope folder that invites the viewer to consult it, hindering his vision and rendering it opaque. The diary will be placed immediately below the photograph on a table with the cutout of the cover visible.

Throughout the seven days of compilation will be an intensive search of images on social networks in relation to the news protagonists of the images cut. The collected images will be placed around the cropped and hidden photograph.

The exhibition is part of the Photon Festival, “International Festival of Photojournalism and documentary photography”. Born in 2011, by the hand of the Documenta association, non-profit, with the aim of bringing photojournalism to society and give it the prominence it deserves, betting on this as a form of communication and as an indispensable tool for social change.