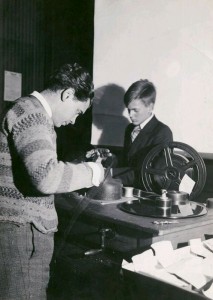 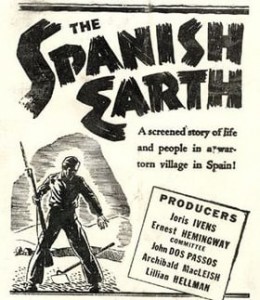 Returning to our protagonist, John Fernhout was during the entire filming in Spain, even afterwards for the editing of the film, while Joris Ivens went to New York. John Fernhout is a character that arouses enormous curiosity. He was separated by his mother from the family genealogy that he represents in Drie generaties [Three generations], 1941, a painting by Charley Toorop in which she appears self-portraying with his father Jan Toorop (a sculpture by John Radecker, which can be seen in Roterdam at the Museum Boijmans), and one of his sons (Edgar Fernhout), who would follow in his footsteps as a painter. According to Douwes―the son of John Fernhout (in a documentary about his life in development), John would be separated from the family when one day, when he was twelve or thirteen, he said that he wanted to go to the cinema and his mother told him that if he went to the cinema that he did not return home, and indeed he stayed on the street. However, with this anecdote, paradoxically, he synchronizes with his grandfather Jan Toorop, who was also separated from his parents, first for studies and later because of bad luck: they had to come to say goodbye to him when he left Batavia (Jakarta), after 4 years separated from them by studies in the capital, and when he had to see them for the last time before moving to Europe to continue his studies in Amsterdam and Delft, the boat they were coming from on Bangka Island had a mishap and arrived belatedly, by then Jan Toorop had already left Batavia. He would never see them again.

John Fernhout was a man with a strong personality, from film productions that exceeded the systematically allocated budget, scarcely recognized in the Netherlands (until recently). However, his productions have had great popularity in England and the United States (especially his documentaries about the war). The Spanish Earth is, without a doubt, one of his great works. Once the film was finished, the film traveled to the United States where it had its origin, and where it was used to raise large sums of money to help Republicans (especially with medical supplies), thanks to the support of President Roosevelt and all the film establishment of the time (Ernst Lubitsch, Fritz Lang, King Vidor, Lewis Milestone, Anatol Litvak and John Cromwell, the actors Robert Montgomery, Myriam Hopkins, Errol Flynn, Joan Bennet and the writers Dashiell Hammett, Dudley Nichols, Dorothy Parker and Marc Connelly supported the film in some way). In Spain the film was released in 1938 in Barcelona and Madrid with great success, in a version dubbed into Spanish of which no copy is preserved. However, the sardanas heard on the soundtrack were widely criticized, because “it seems sacrilege for the Andalusians in Madrid (sic). Buñuel was not satisfied at all and we have decided that for the Spanish version, which we will do in the future, we will change the music. There (in Spain) people are very sensitive to these differences” (statements by Joris Ivens that appeared published in L’Avant-Scène du Cinéma, 259-260 [1981], p. 5). 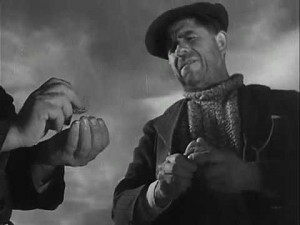 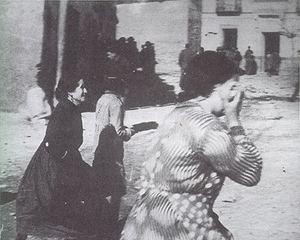