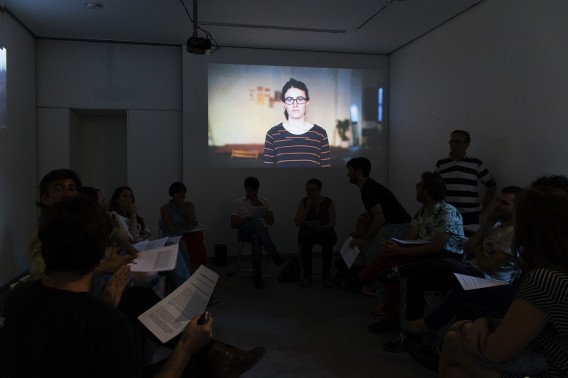 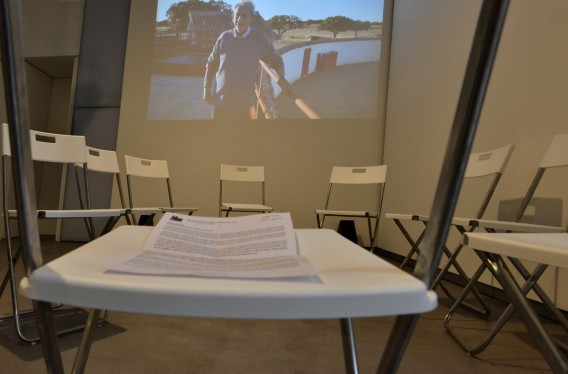 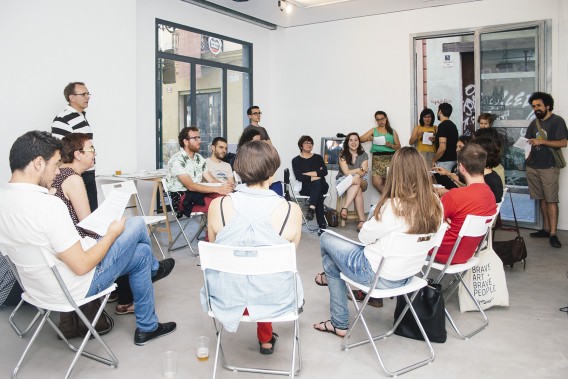 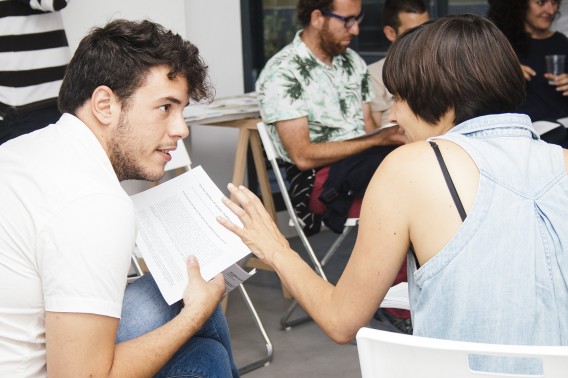 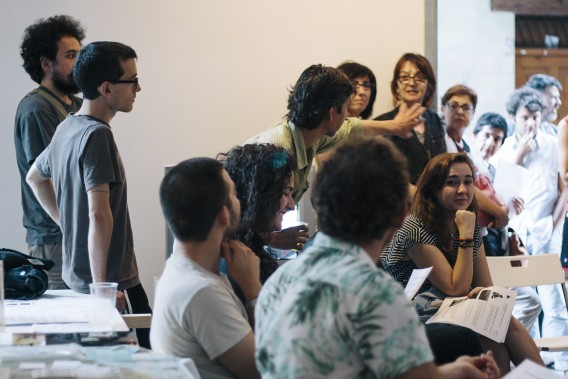 Public to come was a project developed in 2015 as a collaboration between Cinema to come and La Posta Foundation. The project consisted mainly of making a part of the public that attends the projections and workshops of the Cinema to come Days to organize a production of their own cinematographic images. In this way, spectators also became filmmakers. The work resulting from this collective process was projected at La Posta Foundation in June 2015, within a program of projections and debates called “In the limits”.

In order to activate a new process of Publics to come (II), a first program of projections and workshops called “Collectives, communities and film processes” was developed between March and April of this year, within the framework of the V edition of Cinema to come Days. In this program, filmmakers involved in groups of diverse organizations have been invited to present their works, all of them immersed in heterogeneous communities (family, neighborhood, work, condition…). The works of Xavier Artigas and Metromuster, the girls of Pasaik and the Laav_ (Laboratory of Experimental Audiovisual Anthropology) have been seen in this way.

In this context, a workshop was also developed by Chus Domínguez (audiovisual artist and member of the Laav_) on “Collective strategies of self-representation. Re-taking the cinema as a shared art”. It is from the people who have participated in this workshop and the ideas that have been built collectively, that the Cinema to come team has organized the process of Public to come (II).

This process will consist of a series of work sessions of the group of spectators that go on to elaborate their own film works, sessions of a Workshop of Publics to come (II) that will be developed during the month of May in La Posta Foundation. The culmination of the process will be the public presentation of the resulting works on Sunday 11 June, at 8:00 pm, at La Posta Foundation. #LosdomingosdeLaPosta