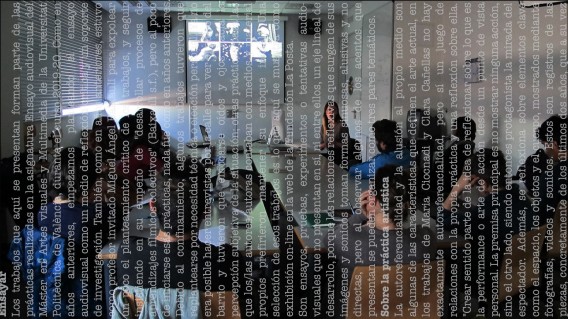 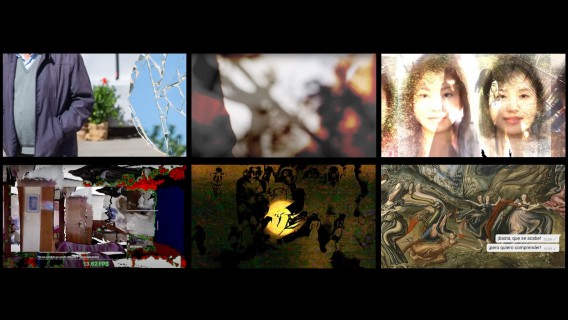 The works presented here are part of the practices carried out in the Audiovisual Essay subject of the Master in Visual and Multimedia Arts of the Polytechnic University of Valencia, during the 2019-20 academic year. As in previous years, we began by considering the audiovisual essay as a means of critical reflection and a support for research. Also, as in previous years, Miguel Ángel Baixauli was a guest professor to spur the critical approach of the works, and to continue insisting on his efforts to “develop processes of collective filmic learning” (Baixauli n.d.), but shortly after starting those practices, nothing was like in previous years.

Due to confinement, some works had to be reconsidered out of technical necessity or personal choice. It was no longer possible to do interviews on the street to see the pulse of the neighborhood and ears and eyes had to focus on the subjective perception of the situation; other practices for which the authors had their own means and material preferred to maintain their initial focus. A selection of these works is what is shown here as an online exhibition on the website of La Posta Foundation.

They are audiovisual essays, tests, experiments or attempts that do not present, neither among themselves, a linear axis of development, because the reflective relationships that arise from their images and sounds take sinuous, allusive and not direct forms, but when observing some of the accents they present can be arranged as three thematic pairs.

Self-referentiality and allusion to the medium itself are some of the characteristics that define current art. In the works of Maria Ciocnadi and Clara Cañellas there is not exactly self-referentiality, but there is a game of relationships with and reflection on the practice itself. 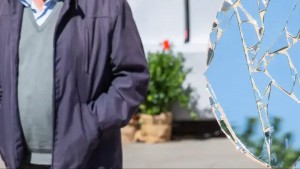 “Create sense starts from the idea of reflecting on what performance or action art is from a personal point of view. The main premise is not to show any action, but the other side, with the viewer’s gaze being the protagonist. In addition, it reflects on key elements such as space, objects and the body, shown through photographs, videos and sounds. These are records of the pieces, specifically from the last two years, which in turn serve as material for this video essay “(Ciocnadi 202).

A change of axis drives the work, if the word video means “I see” in Create sense, the camera turns towards how viewers see the performance, and not the performance itself. To the historical dilemma between “being is to perceive (esse es percipere) / being is to be perceived (esse est percipi)” (Viejo y Cortés 2006) that Samuel Beckett took up from Bishop Berkeley, here is added the out of field of the subject, the performer. 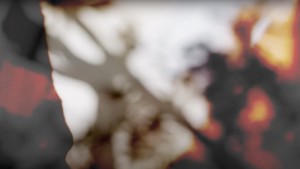 The reflection arises from the strange analogy between a technical and a physiological dysfunction, when the eye of the machine and the human are blurred at the same time. Here again I see a reference to Beckett’s Film in the relationship between the eye and the camera, as well as the technical solution of the blur to identify the eye’s gaze. Clara underlines the facts that motivate her work: “The trial begins with two facts: diagnosis by the ophthalmologist (who determines that I have been seeing with poorly tinted glasses and that my dioptres are more than I thought) and the breakage of my camera (the focus is broken). The relationship of both events is the starting point” (Cañellas 2020).

Captured by Pedro Bella and Board Games by Pablo Oria videos allude to the crash of that gaze towards the self with the drastic modifications imposed by confinement. 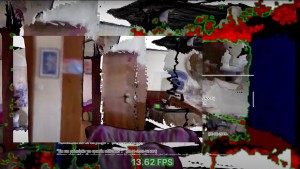 Pedro Bella places the image in the present, capturing from the screen the 3d scan of his body and surroundings. He himself points out “I capture the screen. I present the captures. I present my capture. I capture my capture” (Bella 2020); but the text and its voice reconfigure fragments of the past, reproducing and transcribing archives of stored voice messages, a voice from the past that here takes on the character of timeless thought. The image probes the digital textures of a 3d space captured from the screen, while the voice flows through intersecting layers of the past filed in the memory of the computer. The hesitant or slow voice makes us imagine body or face gestures through changes of tone, and silences, or with clicks and interjections, or by lengthening the end of a word. At one point in the video, the audio files are converted into an image, showing the date in its title, cross data that also appears at the end of each text fragment, reinforcing relationships. 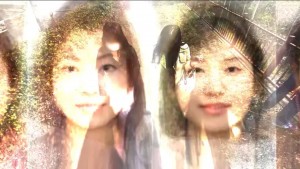 Pablo Oria in Board Games confines the current situation in a video game, whose rules control and monitor any movement and, faced with the loss of the right to privacy, raises his doubts and personal reflections, establishing analogies between the invisibility of the virus and the invisibility of the self. Thus, his robotic voice accompanies a collage of allusive images from very different origins and, among other things, says:

Reflections from the self

A self that reflects on everyday life, family life in the case of RITual by Alba Ramos, political/lovingin in Perverse Narcissus by Pepe Reyes. In both works the affects and feelings are confused in the relationship with the other. 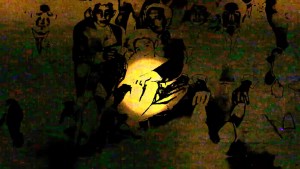 Alba Ramos’ RITual video has a as a diary and family conversation nature. It begins in a closed environment of grainy and yellowish darkness, the voice whispers and dialogues with photographic images digging into the past, tenderly expressing popular sayings that reveal a familiar way of thinking. The photographs are transformed into graphics, breaking the darkness, beginning a cycle that will return to darkness and back to graphic clarity.

The photographs trigger the memories, they act as vectors that drive memory and emotion flows, but it is the voice that refines the meaning. The image oscillates between darkness and clarity, between the grain of the analog image and the granular effect of digital graphics; the voice converses more with the past, inserting some brushstroke of the present. The final hum of a popular song reinforces the meaning and the special appeal of the essay.

Alba points out a circular feedback of motivation between the power of photography and that of discourse: “Collect fragments of very intimate conversations with a family member who is present thanks to photography. This thread of conversation is what generates the path of reflection in the images, and the link that was generated with photography is what gave rise to reflection” (Ramos 2020). 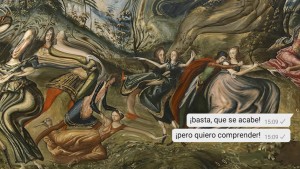 The Perverse Narcissus video by Pepe Reyes Caballero, under a complex and circular structure, combines symbolic iconography of the painting ―with 10 well-selected paintings, among which three versions of “The Death of Jacinto”, one of the icons of gay painting, stand out―, fragments of videos and movies, songs, music and audio, to which is added quotes from Fragments of a love speech by Roland Barthes that, quite rightly, appear as if they were WhatsApp messages. This intricate collage, however, clearly conveys his personal reflection.

The author clearly describes his approach: “The piece reflects on the dynamics of domination that develop in sex-affective relationships and those used by States over the population. Through the text Fragments of a loving speech by Roland Barthes a similarity is proposed between the mechanisms of love and the mechanisms of war, as a captor manipulates, seduces, and dominates the captured, which, according to Barthes, is always feminized. The ideals of femininity and masculinity are understood as triggers of these practices from a critical perspective, proposing the analysis of non-normative subjects in the binary structure in a homosexual relationship in which they wear each other out. The roller coaster of contradictory and overlapping stories and the uncertainty, fear and simultaneous pleasure is embraced for the construction of a subjective portrait of the lived situation” (Reyes 2020).