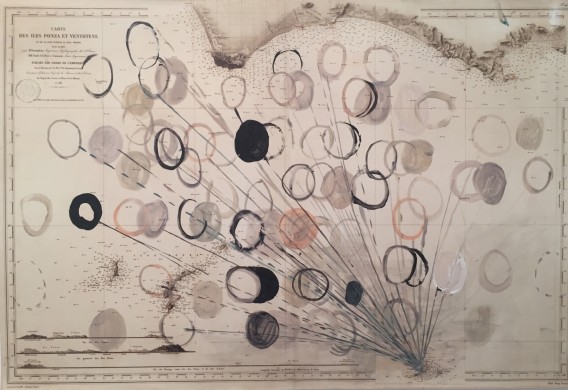 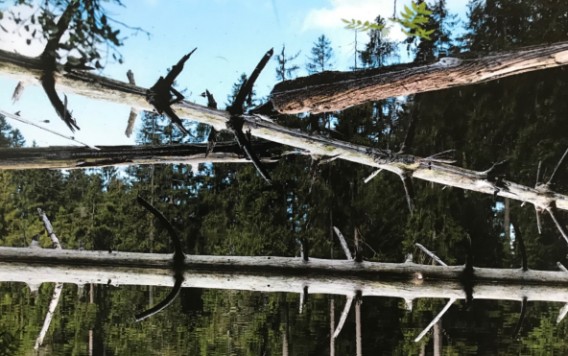 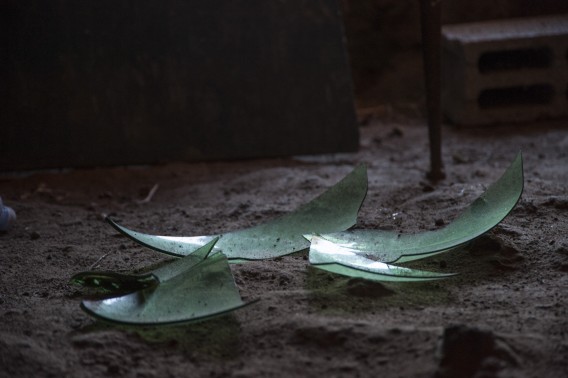 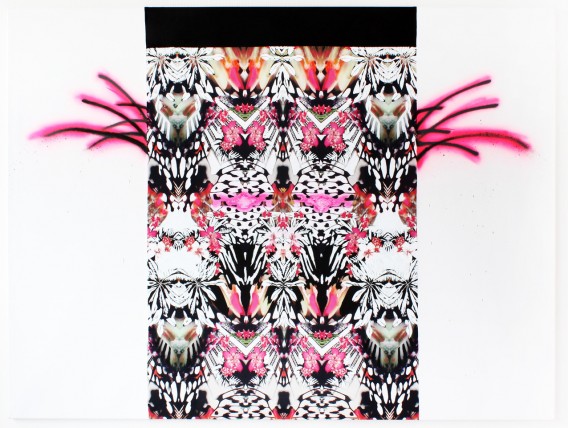 A title that reflects an inflection between two geographical points: Spain / Germany, Berlin / Valencia. Connection spaces generated in a round trip, where 4 artists from each city travel to exhibit and present their work and discuss about their creation processes, received by the group of each city. The meeting thus becomes an event of reflection and exhibition of artistic work, and also a moment of celebration of friendship and the act of sharing.

This new meeting, whose first stop was Berlin in September, now concluding in Valencia, allowed to build a space for analysis, the confrontation of work, for critical reflection and theoretical debate. The participants had the generosity to exchange professional and vital experiences, sharing a sociability closer to the Happening than to the cultural event, in short, the nomads wove once again their network…

NOMADIC NETWORK manages the possibility of “creating connection spaces” to operate from deterritorialized identities aiming to think the cultural map of globalization in terms of “circulation”.

* Circulate: go from one place to another, take and bring, find, mix and rescue, terms that make sense if they are presented as an authentic possibility of overcoming the resistance of a closed and unique vision of culture.

NOMADIC NETWORK generates spaces that allow circulation, exchange and encounter between artists, theorists and cultural managers from different countries and cultures, proposing the “transgression” of borders to make differences and distance a positivity.

Yvonne Andreini (Rome 1985) artist and curator, lives and works in Berlin. She studied at the Berlin Weissensee school of Art. Beside her artistic practice she organized several projects combining visual works and music. At first she founded in 2004 Lynar 4, a project space in Berlin Wedding. In 2007 she organized the exhibition Everybody learns from disaster, with 40 artists at the Villa Elisabeth, Berlin. In 2015, in her own living space turned into a project space, piano alto. Every two months, for two years, piano alto invited guests who did not know each other to a cultural evening. In 2017 she founded IN/SU/LA, an art festival that will take place every two years an island in Italy, Ventotene.

Ulrike von Gültlingen is a visual artist born in 1966 and based in Berlin. She studied at the Academy Fine Arts Karlsruhe, class of Harald Klingelhöller and received her diploma as Motessori-Pädagogik in 2002. She has founded Freiraum, Raum für Kreatives Arbeiten und zeitgenössische Kunstartistic in 2004, where she is actually working on. Ulrike’s research involves screen design and visual media art.

Alessio Castagna was born in Rome on 27/01/1986. Since when he was a kid, he was interested in music and art. As a matter of fact, he studied art and graphic design at high school, at Liceo Artistico G. Argan in Rome. During his artistic path, he discovered his passion for photography that brought him to subscribe to the Roman School of Photography, in 2009 for 2 years. After his graduation, he started to plan his travels with the intention of capturing different spontaneous moments of other places. During his 7 months stay in Buenos Aires in 2013, he met the artist Annanke Assef who will totally change his point of view: from a pure aesthetic and technical one, to a one strictly connected with the emotions of a certain moment. In 2014 he participated to the group show “F.I.M.” (Fotografia Identità e Memoria) with several roman artists on the roman suburban areas, marking the connections of different cultures in them. In 2015 he organized for 2 years the street art festival “Blue Flow” that took place in the island of Ventotene. The concept of the island and its multiple aspects, will be the central focus of his latest works: in 2016 he took part to a group exhibition “Sichtung Insel” in Berlin. This theme will bring him to a bigger event in 2017: together with the artist Yvonne Andreini, he will project the idea of European artists’ residency, that will increase the value of the small island of Ventotene with different ideas coming from abroad. This festival will take place every two years and it’s called “In/su/la”. Currently he is working for a documentary production, called “Pandataria Films”.

Caroline Corleone is a visual artist (b.1982, Erlangen, Germany), based in Berlin. She studied Fine Arts/Painting at Weißensee academy of art Berlin and received her degree as Meisterschülerin in 2015. Caroline’s artistic research involves the fundamental painting movements of decades past as abstract expressionism or colour field painting. Her artistic practice is inspired in post-media strategies of copying and digital montage using fabrics, patterns and a sewing machine as operating tool for her paintings on canvas. Her works confront references with reality, the digital realm with the inevitable corporeality of painting. Artificial forms of imitated nature meet urban interventions and abstract brushstrokes cross fragments and leftovers of repetitive digital patterns.