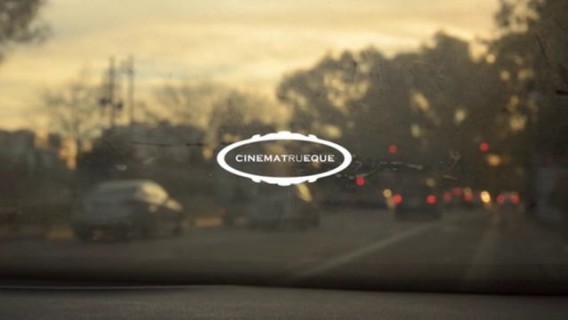 The exhibition “Collective in the white cube“, in the seat of La Posta Foundation, has allowed us to experience the work of Left Hand Rotation, SomosNosotros, Cinematrueque and Paupac Azul envelope and to some extent matteric. After the exhibition you can continue to enjoy these on the web, otherwise through the plasma or LCD monitor, a typical digital experience, other than with respect to the result provided by the projection of images on a reflective surface, even accompanied by documentary material registered actions -as was the case of “Overcome the barrier“ by Left Hand Rotation- or adopting a sculptural form and thereby encouraging a certain reification of the image -as occurred in the case of “Nothing to gain, nothing to lose” by SomosNosotros-. However, the most important difference between the viewing of images on the “white cube” and the computer screen, not unlike the physical aspects -such as occurs with respect to the quality of light-, but that has more relevance the different phenomenology that characterizes each of these experiences. While viewing the “white cube” it occurs in a crowded public space, in the case of viewing on the computer screen this occurs in the privacy of the private room (the paradigmatic case would be the room teen).

Formed by the filmmakers Octavio Guerra, Rafa Casany and Samuel Domingo, the collective Cinematrueque born in Valencia in 2013 as “a journey through the imagination of small towns in which its inhabitants protagonists stories, legends and landscapes of his own community” . From this intention, its method of work is organized from “drifts”, in which they take to the road (county) with camera in hand, approaching cultural realities far removed from the bustle, where the film fact is perceived as a very different way of the noise of the multiplex, but where the memory of the old cinema remains part of the cultural imagination.