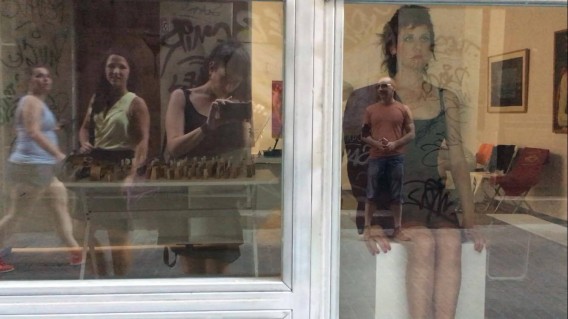 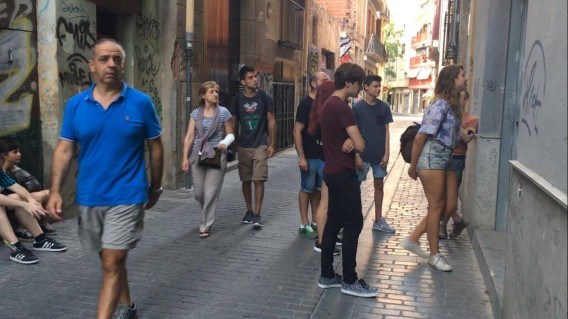 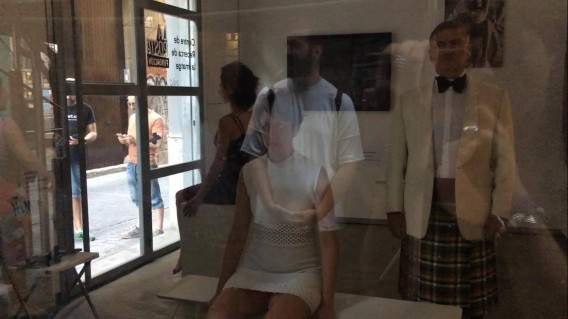 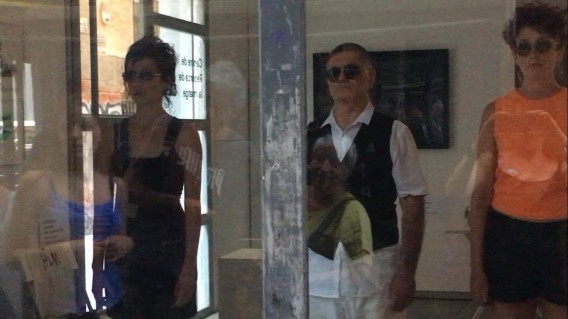 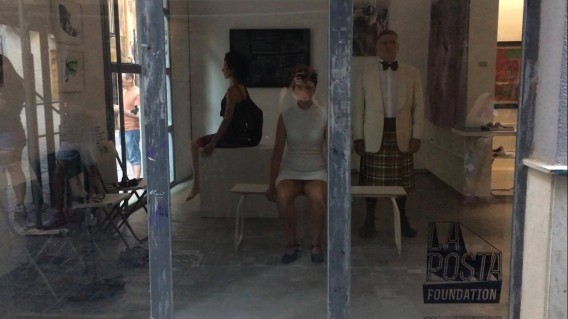 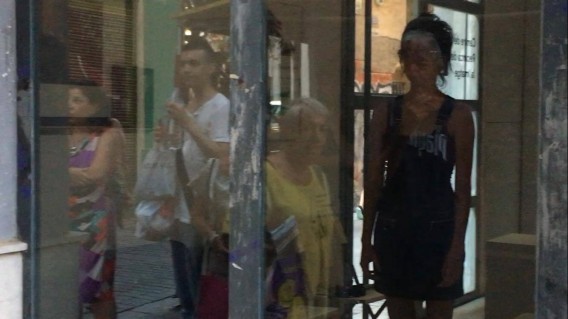 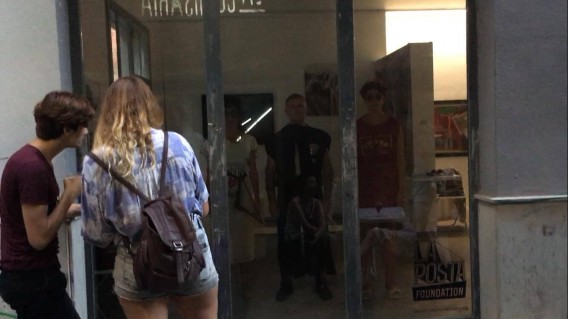 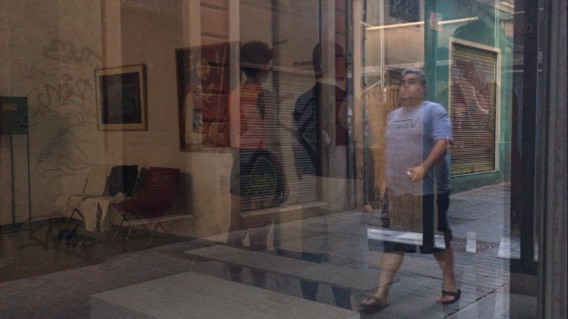 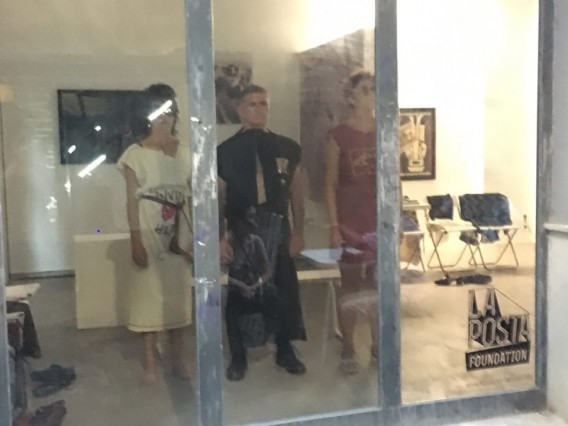 The performer looks and is watched from a space dimensioned (gallery) that the spectator assumes like stage and never he violates with its presence; Even when, in a moment, one of the spectators unintentionally opens the door, this one is pushed by one of his companions that closes immediately.

In the interior, the performers show their clothes: in the first 30 minutes, they wear nothing formal and are located in front of the window that separates them from the street. In front of them, the viewers capture images with their mobile phones waiting for later events. Nothing happens.

The bodies are exhibited as mannequins in a showcase, only, they are bodies that observe and record in their memory the movements of the public, they are watched with attention and boldness by those who contemplate them as spectacle.

All ―performers and concurrence― become onlookers, and, in fact, the actual spectacle is in the street. Some of the spectators make faces through the glass, forming pantomime actions that will be the inspiration of the artists for later “Actions”.

After 30 minutes, and in the second interval, with festive clothes and a more careful appearance, they return to stand in front of the crystals that limit a space that is already a scenario inaccessible to the viewer. The gallery door is open but the psychological limits can be more than the physical ones and no one enters that space sacralized by the exposed bodies.

There are few spectators left so it is easier for observed observers to memorize the flows of their movements and the body languages of the attendees. It could create a choreography based on the movements of the hands of the spectators who chat with each other and unhindered their peculiar non-verbal language.

The bodies approach, distances, make unforeseeable turns and even dance instinctively responding to their interlocutors.

Then, in the third interval, each of the actors is dressed in their ancestors’ clothes, which interpellates their particular memory, and these costumes reveal different meanings, eliminate memory and sense, showing itself, in this opaque act, as a simple coating and pure surface. Another 30 minutes of “no action” in which they observe those who are still abroad and who chat animatedly and totally unaware of what happens inside the gallery.

Finally, in the last thirty minutes, the performers, this time dressed in suit jackets with known logos, stand in front of the window and then sit on a bench, arranged as in the encounter of Vi, Flo and Ru before remember “what came after the old days”.

The panels are closed by hiding the window, and the performers neither cross their hands, nor perceive their rings… Enclosed each in their “logo clothes”, they show indifference towards the near and the outside.

They leave the stage and return to that urban set that walks autism, fear, indolence and also speed and a certain annoyance.