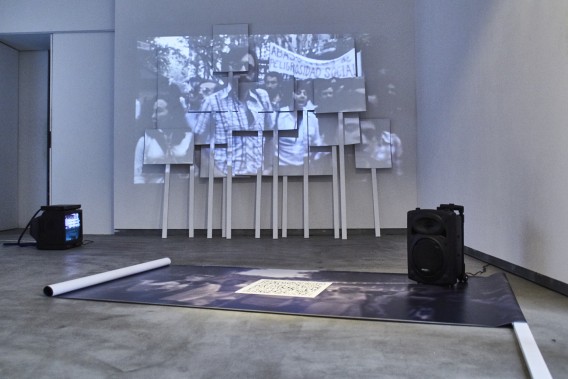 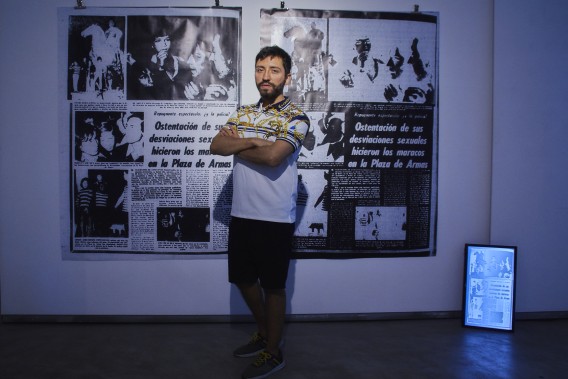 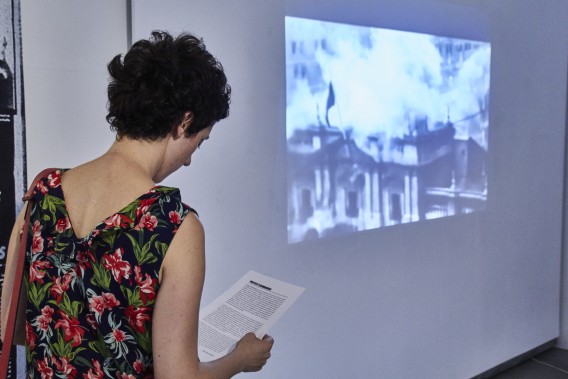 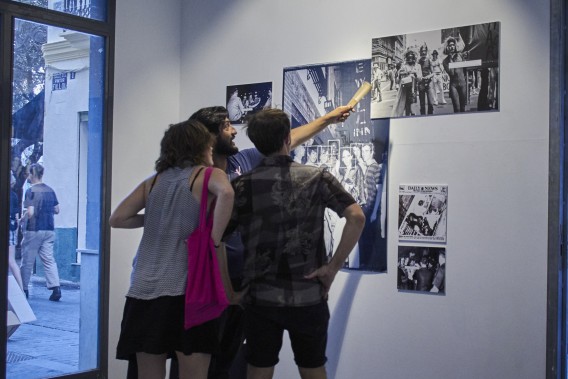 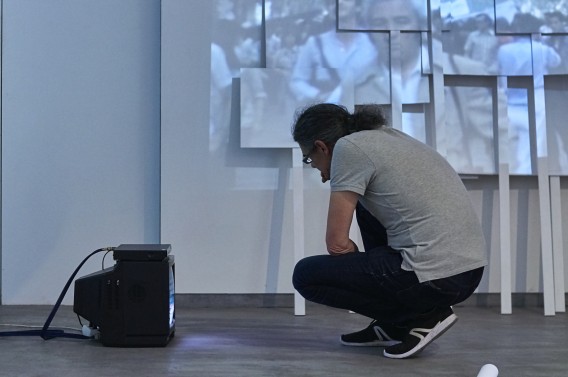 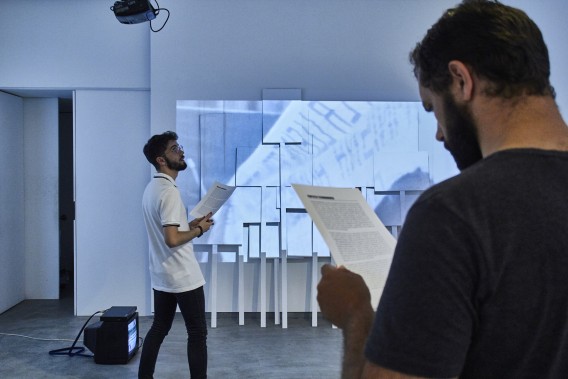 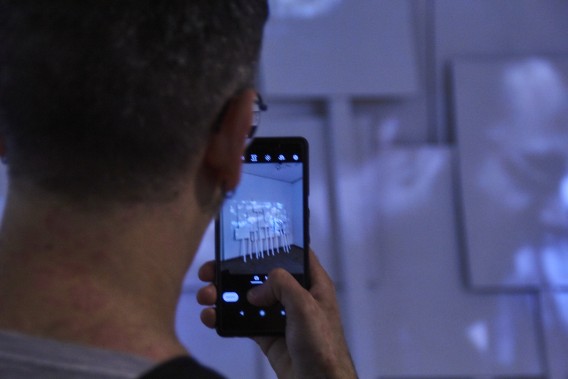 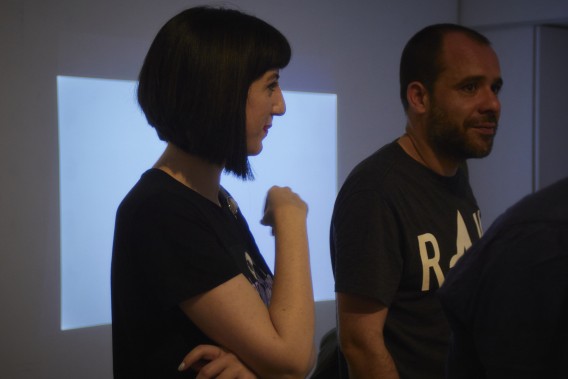 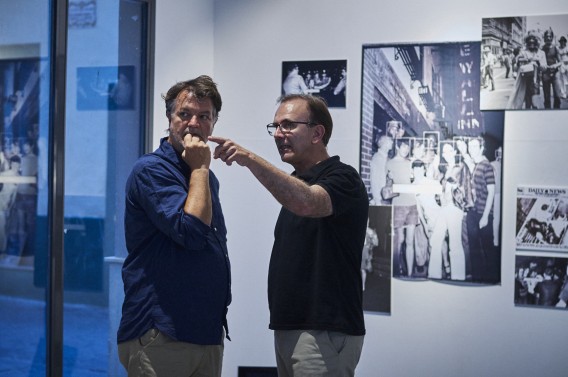 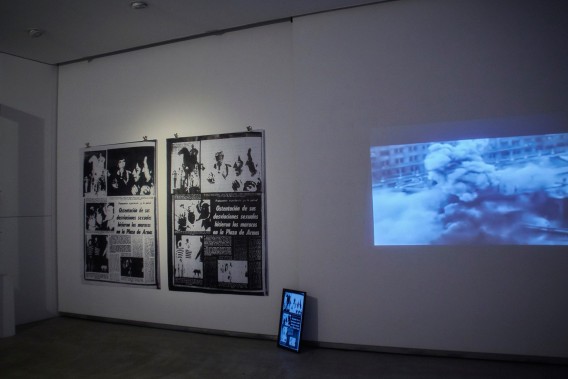 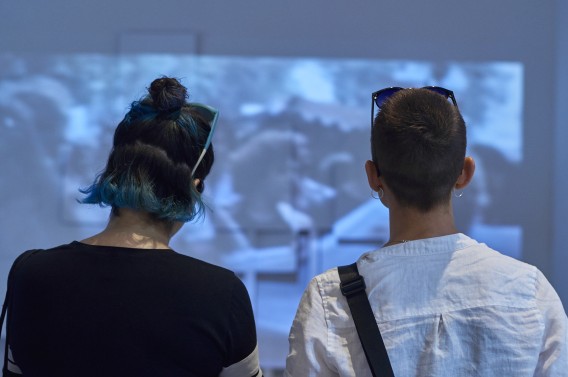 «Techno-Baroque Protest» is not just an exhibition of archives of the first sex-dissident revolts of Chile (1973), Spain (1977) and the USA (1969). It is rather an “activation” of those files through technical intervention procedures (selection, assembly, digital modification, algorithmic interpretation, critical reading, etc.). When intervening these documents of the past with technologies of the present, I appropriate them artistically, but at the same time I also intend to involve myself politically-affectively with those fragments of the homosexual past. In other words, to intervene these archives is to intercept their fetishistic, banalizing circulation, in an artistic proposal, but it is also to recognize a current situation, which today is marked by the disputes of political-sexual memory, by the almost imminent risk of a setback to what has already been achieved and because of the antagonism between the neoliberalization of sexual identities as market niches versus the counter-affirmation of critical pride. That’s why I think these files continue to protest.

The sexopolitical file protests. But this is a «Techno-Baroque Protest». I have been using the techno-baroque concept since 2015. Initially it was used to describe a series of paintings of Internet screen captures that -from the multiplication of windows- cited the American colonial baroque painting (XVI – XVIII centuries), especially the operations transgressors to the European canon that are appreciated in the paintings produced by indigenous and mestizo painters of the Cuzco school. The techno-baroque also refers to the concept of neobaroque, elaborated by Argentine homosexual writer and activist Néstor Perlonguer to describe impure, dirty, contaminated writings, opposed to the clean, the neutral, the sharp and the clear. Finally, the techno-baroque corresponds to a queer affirmation of the baroque as technology, because as the Ecuadorian-Mexican philosopher Bolívar Echeverría affirmed, the queer connects with the baroque in its predilection for the artifice of the technical, in opposition to the norm ―heterosexual― of the natural.

It is probable that the «Techno-baroque protest» will be ―in the last resort― an artistic-political methodology of approaching and activating the documents of the sexual protest of the past, a post-memory sissy exercise. I do not postulate that it is the only or the best approach, but it has been the one that has seemed most suitable or legitimate from the place and time that I live. It is a commentary on the critical operations of the memory in dispute. It is a reflection on the technological supports in which the event of sexual dissidence is inscribed. It is an evidence of how contexts affect the route. It is a reading between lines of some documents that do not reach to be a file. It is a position taken that opposes those documents constitute a file. It is a homage distanced to some episodes that I did not live, but that affect me as a sex-dissident activist. It is an acknowledgment to those bodies (minority, peripheral) that were there, as anonymous subjects. I know it’s not much, but I dedicate this exhibition to all of them.