When asking Pedro G. Romero “Is there a counterculture today?” He replies: “There are echoes and mirrors of what, historically, we know as ‘the counterculture’, perhaps, [in the Spanish case] the Comuna Antinacionalista Zamorana resonates in Espai en Blanc, or Tiqqun in France or Mexico; Ocaña and Nazario are easily transportable to certain forms of queer, or the suburban rumba has the same poetry as the trap that listens to flamenco…” [Babelia supplement of El País, July 28, 2018] 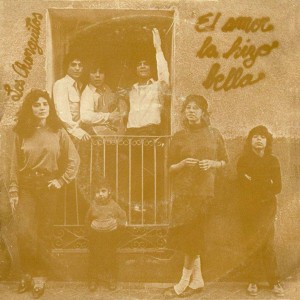 The trap is a musical subgenre that originated in the 1990s, in the southern United States. The term trap (that means trapiche) comes from the American slang to denominate the place where drugs are sold illegally or to the fact of selling it. Trap music uses synthesizers, rhythmic boxes, sub-bass, hi-hats of binary or ternary subdivision, and usually large and sometimes excessive uses of auto-tune and minor harmonic modes to give it a dark and sad aesthetic. The trap arrived in Spain between 2008 and 2010. But it was not until 2012 that the trap appeared as a musical term, and some underground artists began to gain notoriety on the scene. The great weight of being the introducers of this genre is led by Steve Lean in the musical production, they managed to make themselves heard in the Sónar festival edition of the year 2015 performing with Mala Rodríguez.

Above, illustrating this post, you can see Fernandito Kit Kat [before Yung Beef] with La Nina, La Favi and El Mini, performing “Lucifel” (2016).

The first thing that catches the attention of the video-clip is that it is recorded in Barcelona, published in 2016, …and it seems another world; or not, because we are in the Raval (maybe those who are in another world are the others). In fact, the video-clip is recorded in Plaza de los Ángeles, in front of the MACBA. As it turns out, Yung Beef has an opinion on the art ―”art is over, ten years ago there was art, today there is no more…” [you can see and hear it here]―, then we have to think that the choice is not accidental.

Pedro G. Romero ends his commentary on the counterculture by saying: “…but, I think, the interesting thing is to observe the paradox, announced by Gonzalo García Pelayo or Antonio Escohotado, that the counterculture, that is, the enemies of commerce, gone astray, does not it was more than the vanguard of capitalism, its renewal, the way the financial had to colonize new physical and mental territories. The cultural classes, today, are structured from production lines that range from bohemian to counterculture, precisely; and knowing that genealogy well would allow us to better understand our way of life”. 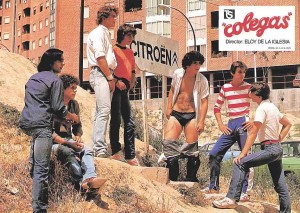 When writing these lines circulates through the media the news that the work of Bansky, that when being sold in an auction (by a million Euros) self-destroyed at that same moment (the frame had a built-in paper shredder that left the drawing reduced to thin strips of paper), it is said that the next day the “work” had doubled its price. As it is said, as a result of which the work would have entered directly into the History of Art. It could be a fake news. But the fact is that speculative movements have always been based on fake news.