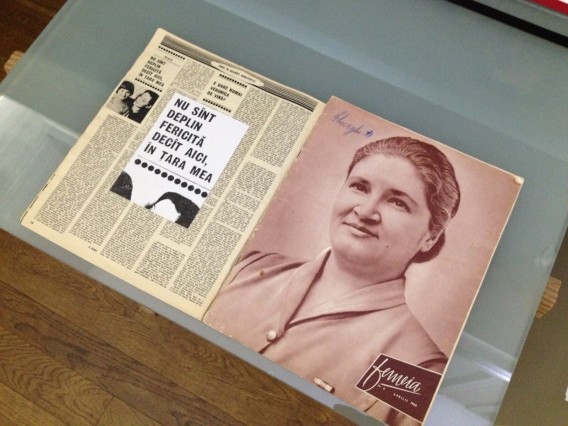 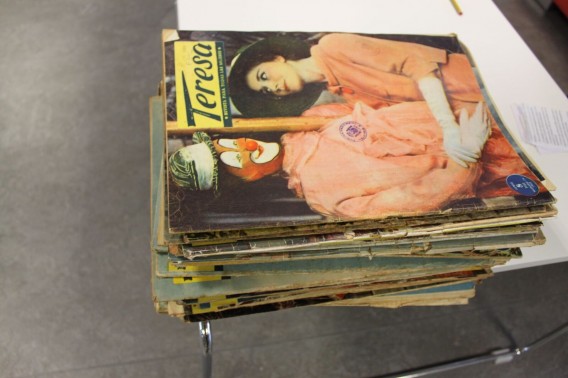 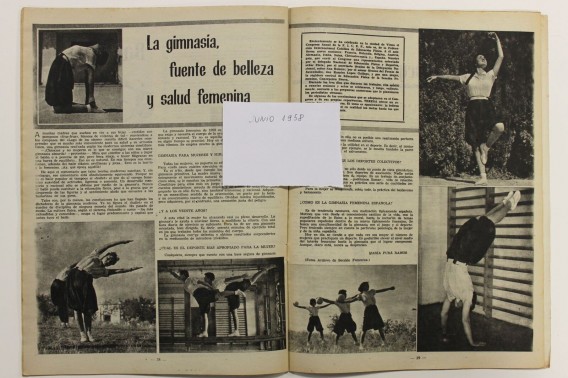 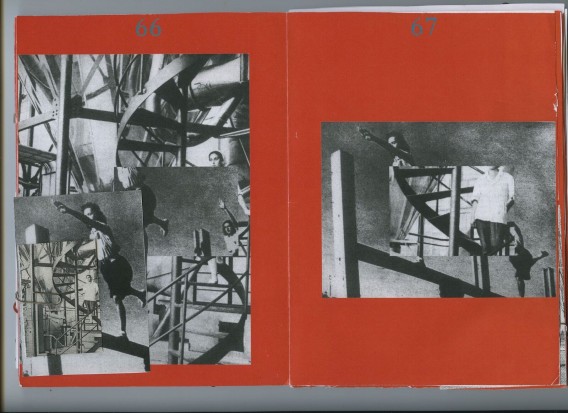 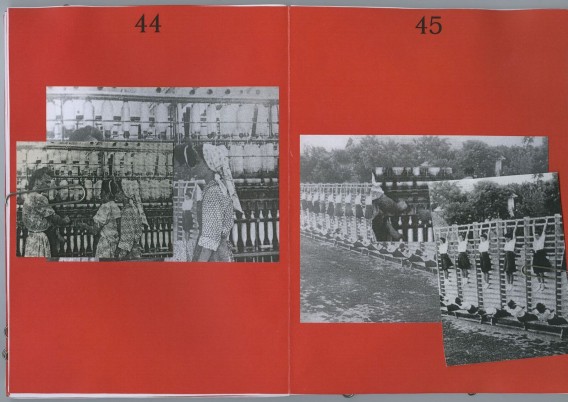 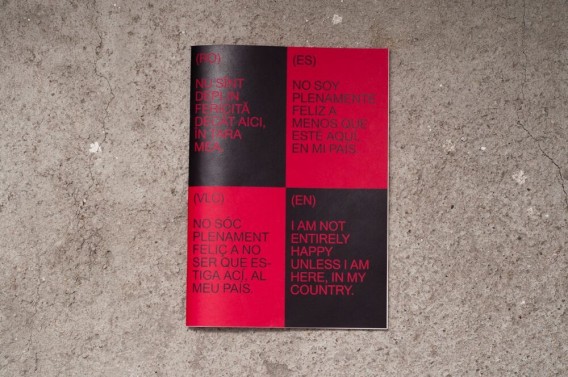 2013, back from Spain to Romania. On the ground of a flea market in Bucharest, was Femeia magazine with the pages open at the article: “Nu sînt deplin fericită decât aici, în țara mea” [“I am not entirely happy unless I am here, in my country“]. The title caught my attention. In 2014 I went periodically to the Central University Library ”Carol I” of Bucharest, the place where I have found the entire archive of Femeia magazine. I used my phone to take pictures at every image from the publications, with women working in factories. In 2015, Olalla Castro visits me in Bucharest and tells that there might have been some similar publications dedicated to women in Spain during Franco’s dictatorship.

For this publication I have searched through archives and libraries, cut and put together images from Femeia magazine (1935-1989), with images from different Spanish magazines published under Sección Femenina propaganda device: Bazar, Consigna, Medina, Teresa, Vértice (1936-1977)..

This project was built on a repetitive and ritual gesture, sifting through hundred of dusty pages from a multitude of magazines. An exhaustive process, within all the permissions or the so often classical prohibitions by various institutions in making use of some images.

Work and sport. Disciplined bodies. Two parallel ideologies where the anonymous image of women is built by the regime.

I would like to thank Pepa López Poquet for those wonderful encounters we had in the past months and for her enormous generosity, Olalla Castro for taking care of our long distance friendship and for correcting my orthographical errors in spanish, Alin Cincă for helping me with this project and for exchanging ideas, to Pilar Beltran and Raluca Voinea.

This project has been implemented within the sixth edition Hàbitat Artístic Castelló 2015-2016, promoted by the Municipality of Castellón and in collaboration with EACC Contemporary Art Space of Castelló.