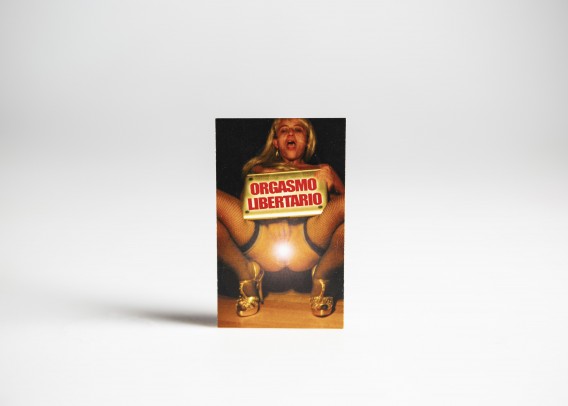 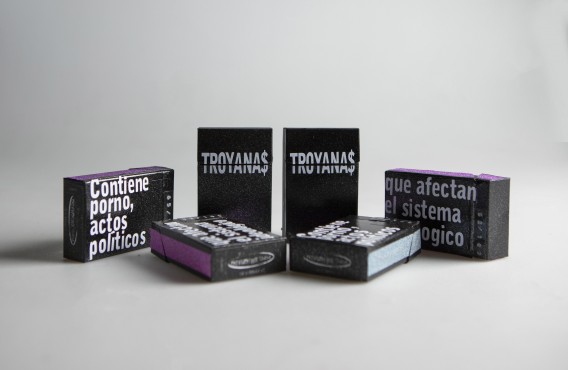 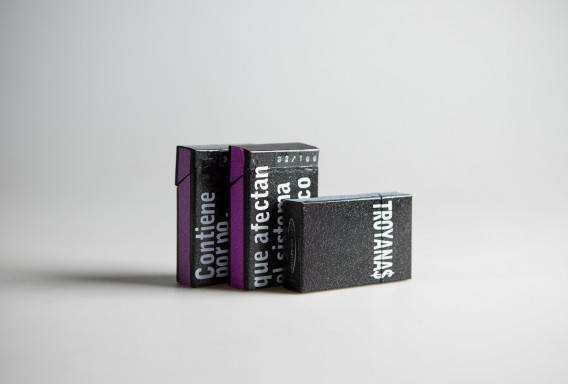 This Saturday, December 14 at 12 noon. La Posta presents the new latest issue of Papel Engomado, the magazine-object that has as its container a pack of cigarettes. The number 13, “TROYANA$”, is directed by the artist Yolanda Benalba, who has invited contemporary creators Nadia Granados, Andrés Senra, Ars Mágica, INVASORIX, Manu López, to produce pieces that relate sex and economy. Benalba also participates as an artist. Felipe Rivas San Martín is responsible for writing a critical text.

This number deals with the naturalization of all exploitation of the body in the neoliberal system, mainly, the saturation of archetypal and hypersexualized visual contents that stand as representative but that in reality are not. From this perspective, the need to create and imagine other fierce realities about dissident sexualities and their peripheral subjectivities is imposed.

TROYANA$ brings together a set of critical artistic practices that inquire about sexuality, gender and economic satire, the hybrid territories between them being their field of operations. In TROYANA$ we find works that use the standardized pornographic image, whose discursive subversion operates in the case of Andrés Senra and Nadia Granados; the fetish for the technological image and the narratives of intimacy in the online platforms in the works of Manuel López and Ars Mágica; and humor as a critical detonator in the case of the INVASORIX Collective and Yolanda Benalba. These injurious practices being windows to a horizon of pleasure and resilience.

The edition is completed with a writing by Felipe Rivas San Martín, a physical space that reflects on pornographic consumption on the Internet and its drifts.

During the course of this seven-day presentation, pieces will be activated. The space of La Posta will change through different activities that will be carried out by the participating artists and the editorial team. The objective is to produce a critical debate from other angles, understanding the exhibition act as a device with multiple possibilities, a place to be defined, but also an event to share.