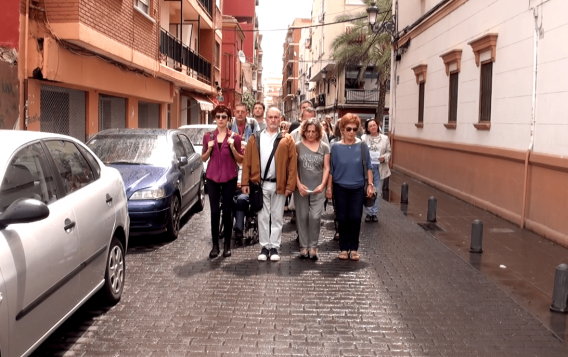 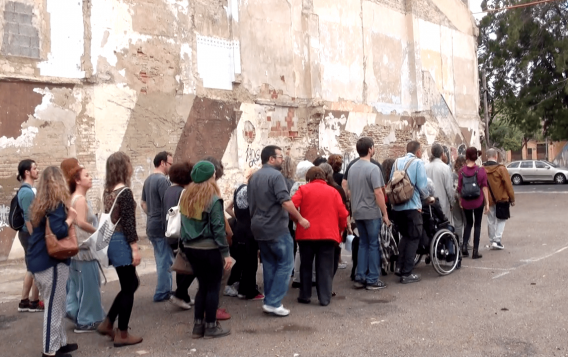 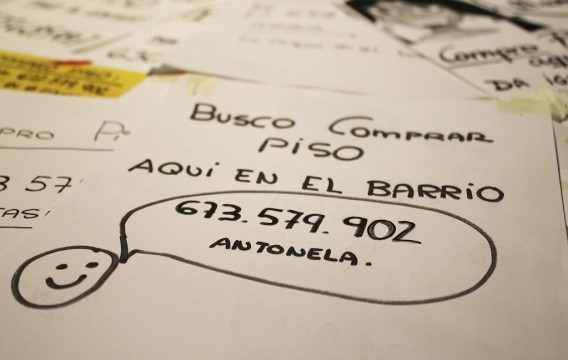 On the occasion of the exhibition “Suspended places. Revitalizing urban identities”, which includes the participation of the artists Pepa L. Poquet and Pau Figueres, together with the March workshop, during this month of February a set of parallel activities has been organized, all by the LABi team, a group of students of the Master in Photography, Art and Technique of the Polytechnic University of Valencia, in collaboration with La Posta Foundation. The activities are the following:

1) From 11:00h there will be a temporary urban exhibition of postcards “Suspended Places” in Ciutat Vella (Old City).

Street exhibitions of postcards composed of photographs from different parts of the world will be installed in different places of the Valencian neighborhood of Ciutat Vella, which have been compiled through a specific call for this activity that was open from December 21 to January 31; it is about that the people who pass through the “urban galleries” take with them the postcard they want. The duration of these street shows depends on the circulation and interaction with them.

The places of the itinerant exhibition are:

2) 5:00 pm: Sound art “Antonella looking for a flat” by Valentina Henríquez, which shows the gentrification in the Valencian neighborhood of Benimaclet, through the collection of handwritten posters that pretend to be buyers of flats; and the intervention of recorded audio, telephone conversations, calling the numbers of those posters that often end up being real estate and not private.

3) 17:30h: Performance of the WDC Group (formed by Walker Citizen, Damian von Rosemarín and Camomille de Rodríguez, pseudonyms of Elia Torrecilla, Pepe Romero and Almudena Millán) “The eyes are the mobile”, a reinterpretation of “Paths of Hope”, held at the Valencian neighborhood of the Cabanyal in 2016, but this time in the neighborhood of El Carmen, focusing on its “suspended places”, and thus propose a collective and participatory, slow and conscious walk of the space that surrounds us.

― Saturday February 23 at 7 pm round table on the accelerated process of gentrification that is suffering the historic center of Valencia.

Among the participants in the round table we will have Pepe March, who will talk about the specific problems of his workshop, Angela Montesinos representative of the Platform of Affected of the Wall and Maribel Domenech representative of Platform Save the Cabanyal; all of them will present their case and the current situations of their neighborhoods.