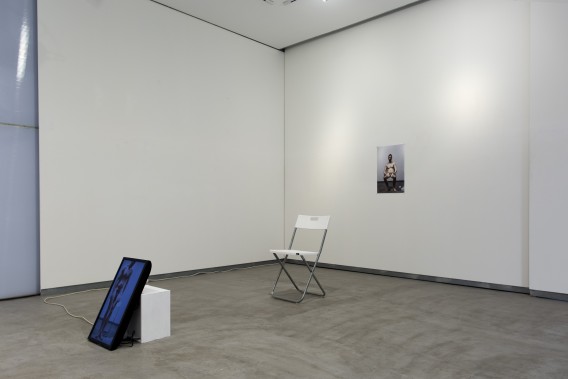 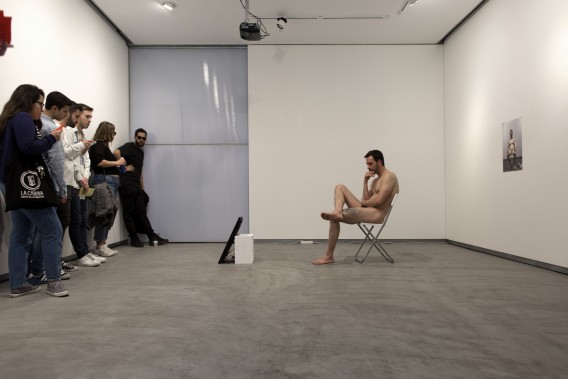 With the performance-installation “Subject in question” the artist seeks to question the language of images. To do this, he places a subject sitting on a chair and naked ―removing elements added to the body that distort his neutrality― between the wall and a video playback. On the wall a photograph of the same subject is observed and in the same place where it is during the action, also in the situation of nudity. The screen shows a video where the same subject appears but this time dressed.

Rodolfo Muñoz (Valparaiso, 1990) is a Chilean visual artist who carries out his first performance-installation with which he intends to reflect on the different forms of image representation, referring to the triple code of Joseph Kosuth: objectual, visual and verbal (One and three chairs, 1965) with which to approach reality: referent, representation and language. In this case, the work is presented with the same conceptual purpose but without the verbal code, that is, without the explanatory text of the object shown. Therefore, the triple code with which to approach the language of the image for Rodolfo Muñoz is a “neutral” subject ―instead of an object―, a photograph where that subject is represented, and the video where the subject appears in movement and dress, in a way that invites the spectator present in the action to rethink in this visual language and in its approach to reality.