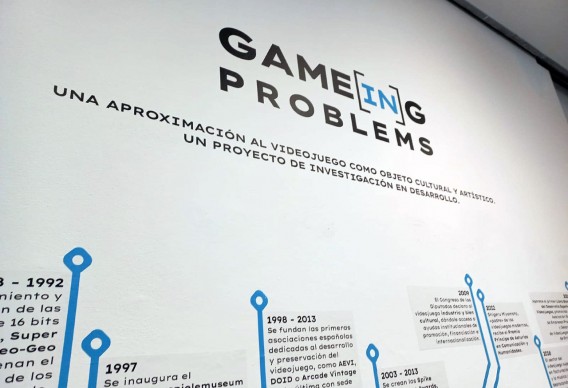 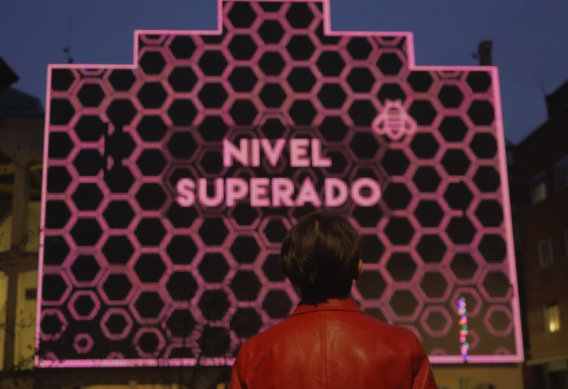 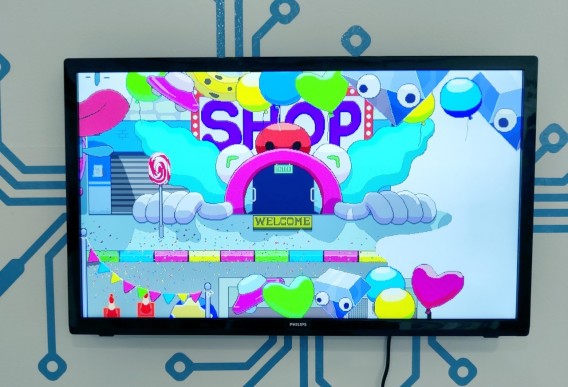 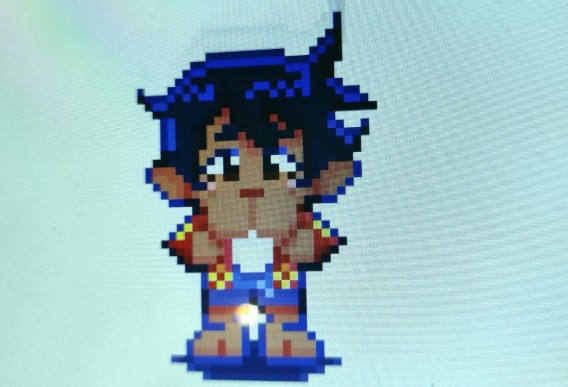 That the playful and the digital have entered the museum space is something that in 2022 has ceased to surprise us. Without going any further, we have been able to see in recent years how large museums dedicated exhibitions of an informative nature, such as the recent Homo Ludens at CaixaForum. Important international artists such as Bill Viola or Harun Farocki have also used video game technology in recent decades to develop their artistic proposals. But do these types of actions encourage the consideration of video games as a fully-fledged cultural product? And beyond that, is its ability, as a cultural object, to speak about our society and confront its controversies recognized? 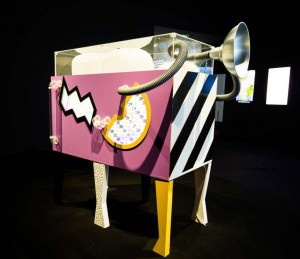 The broadest spectrum of society and, very particularly, the culture sector in its most traditional expression, continues to relegate videogames to the classification of the entertainment industry, in addition to the lucrative market associated with the rise of technological mega-corporations. The media point out its billing figures and, since in 2018 it became the most profitable cultural industry —surpassing cinema and music together in billing— investment funds, clusters and start-ups have focused their attention on it. The machinery of neoliberal capitalism fixes its lidless eye wherever there is business. But the fact that a cultural industry is lucrative does not facilitate its consideration as a cultural object worthy of study, dissemination and preservation.

The exhibition project Game[in]g Problems tries to bring us closer to this problem of recognition, preservation and dissemination of the video game as an artistic object, beyond as a computer program or market product. Combining informative and aesthetic aspects, it aims to bring the viewer of La Posta closer to this universe by proposing a transversal reflection, which goes from recognition as culture to appreciation as art. But Game[in]g Problems is also a project under construction, an exhibition that shows the entrails of an unfinished process, a research project by the Massiva group, a member of the Miguel Hernández University Arts Research Center, which together with part of his students is immersed in a process that opens up, shows itself and adapts to the space of the foundation: the creation of a hybrid product between the video game and the documentary.

In this exhibition, some of the assets are shown in a decontextualized and individualized way, that is, the elements of artistic creation that, once integrated, will make up this documentary video game in progress. The digital archive, sometimes considered a mere functional technological resource, is shown in the gallery outside of its natural context and reconverted into an artistic element of aesthetic appreciation, with a clear intention of fixing the viewer’s gaze on those small artistic creations, whose complexity and intentionality often goes unnoticed, buried by its playful functionality. A mural diptych shows these creations through screens of different sizes, using a layout that clearly reminds us of the exhibition interface of the most classic painting, while at the same time winking at the retro technological aesthetics of circuits and motherboards, present throughout the graphic of the exhibition.

The viewer will also be able to find a collection of audiovisual pieces of a documentary nature that explicitly transfer the reflection on the art of video games, relating it to its media, legislative, cultural, associative treatment, etc. In this section, the influence of museum cinema or documentaries is clear, but also of television or even of the contemporary languages of the online audiovisual product —YouTube, Twitch— so closely related to the world of videogames. This second section is in turn divided into two blocks, presented in separate projections in the room. The first of them presents five documentary pieces based on interviews that provide testimonies about the video game industry and history in Spain, among which the filmmaker Enrique Urbizu or the cultural journalist Marta Trivi stand out. In these audiovisual pieces, the sound is not audible in the hall, but its textual content is shown exclusively in the form of subtitles, highlighting the value of the written word, giving it academic relevance, while at the same time emphasizing a stylistic resource so typical of the cinema —both from silent film intertitles to the current digital files of subtitles so recurrent in the world of streaming and VOD— as well as videogames, which through its cinematic subtitles, has made its stylistic connection with the seventh art.

On the main screen, whose audio tracks are audible throughout the room, fourteen short pieces of an informative nature are presented in which, in an accessible and dynamic way, various controversial or notable chapters in the history and current affairs of the video game are addressed. Prepared by students of the Degree in Audiovisual Communication at the Miguel Hernández University under the direction of Mario-Paul Martínez and Fran Mateu, they resort to a visual language fundamentally based on motion graphics and the reassembly of archive material to present themes such as “The videogame and its legal definition”; “Video games and their problems with the media” o “Video games and inclusivity”. The user who visits the hall of La Posta will find an exhibition proposal that renounces linearity to distribute its contents in a concentric structure. However, we clearly find the header of the exhibition highlighted, featuring a timeline in which we can find 25 of the most relevant items regarding the history of the video game as a cultural object, paying special attention to its development in Spain, but without looking away from the international advances in the video game industry, decisive for it in our country. This historical look, cataloged and archived as part of the research project generated by this exhibition proposal, is exhaustively developed in the extended catalog of the exhibition, which in turn becomes an essay and research book with the participation of invited authors.

The research group MASSIVA [Masses: Visual Research and Artistic Action] of the Miguel Hernández University, presents this exhibition from its lines of work focused on the interrelation of audiovisual practices and online media with the phenomena of mass culture and fruit of the collaboration between La Posta Foundation and the Arts Research Center of said University. But the most remarkable thing about the commitment that this group brings from the academic field is that it is a project that combines the work of the researchers with that of their public university students —the author of much of the digital content that will be converted in a docugame and that today are shown as an exhibition—, horizontally involving the university community, as a transfer of the necessary connection between the academy and society as a whole.

Game[in]g Problems is, therefore, an open exhibition project, in which it shows a research process that seeks to understand and resize from art and culture a massively implanted contemporary social phenomenon, but not sufficiently processed by the agents cultural, in which, once again, art, technological development and matters of collective social interest come together. Welcome to Game[in]g Problems.

Curated by Damià Jordà and Francisco Cuéllar based on a project by Mario-Paul Martínez.