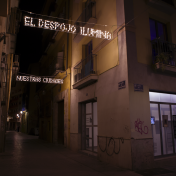 The 2019-2020 season has been marked by the emergence of the COVID-19 pandemic. Since the state of alarm was declared on March 14 and the confinement was ordered, nothing has been the same. 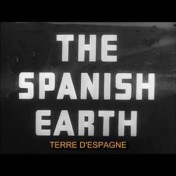 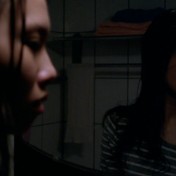 During the documentation process for the preparation of this text "Art and disease", which accompanies the online exhibition "Coronavirus, fear and courage", as a curatorial text that accounts for its theoretical framework, the first interesting reference localized in the network was a work by Hugo A. Sotomayor Tribín: "Diseases in Colombian pre-Hispanic art" (1991). 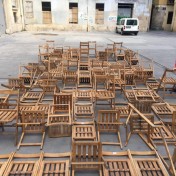 According to history, Leonardo left Milan after losing the favor of the Medicis, and, having been welcomed by King Francisco I of France, crossed the continent going through dangers, circumventing the highwaymen (with his personal and non-transferable pass: The Mona Lisa, painted on a board with pigmented oils ―most of her colleagues continued to paint in tempera or fresco―) 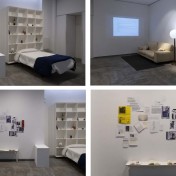 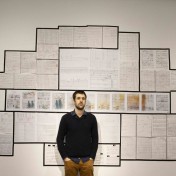 Joan Gómez Alemany, who is 29 years old, comes from an initial training in music, which later has moved towards the visual arts, searching hard for transdisciplinarity. He moves with ease in a wide range of ocher, and his music/sound art seeks, as he says, to be at the same level as the images, in that sense, nor does it seek to make it go unnoticed, non-existent, according to the modern ideal, nor give it an autonomous role, but using its words, it is: "a work that wants to see the sounds, in the same way that the images are heard". 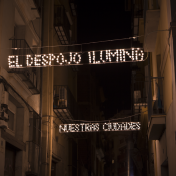 Does the artistic object show an image or trigger an image inside us? In the case of Beatriz Millón's work "The spoil illuminates our cities" it is difficult to distinguish, because it is pure light, electric, dazzling. The flashes of the lights are mixed with the images that glare activates. 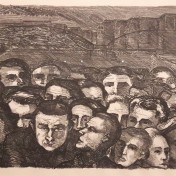 With the name Reinventing the representation: Dutch interwar art, 28 works from the Kunstmuseum Den Haag, the Netherlands, are exhibited in the IVAM Valencia, in addition to some more belonging to the IVAM collections, also from that historical period (George Grosz, Max Beckmann and Otto Dix). Of the 28 works coming from The Hague, 11 of them are by Charley Toorop. 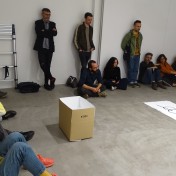 "Silence" by Norberto Llopis. A program in collaboration with Miguel Angel Baixauli and La Posta Foundation within the Variations on the plane cycle of the IVAM Produce programming line. 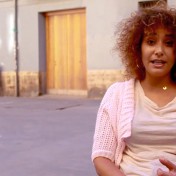