In La Posta Foundation we are reflecting on the optimal conditions for a true cinematic experience viewing political cinema. In these times in the screen jobs of Aitor Lajarín, The Pond, 2015, 10 ‘04′ ‘, and Kim Schoen, Have You Never Let Someone Else Be Strong?, 2012, 21′ 30 ‘‘, and Second Oldest Amusement, 2011, 7 ‘32′ ‘. We must make the observation that the political dimension of the film work is not so much in content as in the forms of relationship established with the film overall device (ways of producing, working on instituted visual forms and institutional relations to selection and visibility, working on ways to reception, connection and intersection of heterogeneous practices, etc). 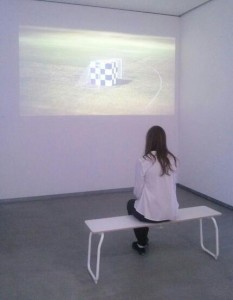 In the screen The Pound, Aitor Lajarin.

The inclusion of the work of Kim Schoen in programming the La Posta Foundation matches inclusion in Objective Considerations of Contemporary Phenomena program MOT International London, where he shares the exhibition space with Huillet & Straub (Straub & Huillet or). Kim Schoen can be seen: Is it the Opera, or Is It Something Political ?, 2009, 7 ‘, and Straub & Huillet: Les Yeux ne veulent pas en tout temps se fermer, ou Peut-être qu’un jour Rome se permettra de choisir a son tour, 1970, 82 ‘. This film examines the process through which certain events come into mass culture and customs of a communication system are transformed into culture. While the work of Kim Schoem is a recording of time rooted to its presentness; language unfolds as the viewer watches it, frame by frame. 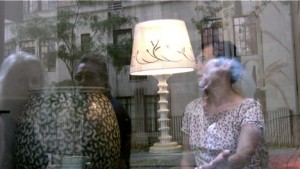 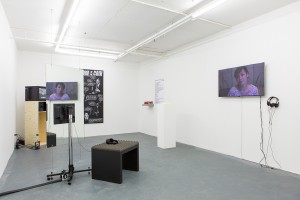 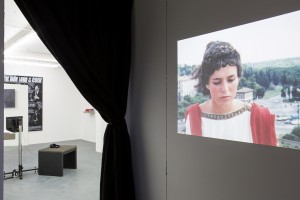 What catches the attention, how to display these two works is the radical difference between the way of viewing the work of Kim Schoen, in the white cube, and the Huillet & Straub, in the camera obscura. It would seem that the time has not passed, that there has been no reflection on the optimal conditions for the cinematic experience in relation to audiovisual works, having been raised from coordinate variables, relations between images, construction or deconstruction of the speeches and shape of receiving one and other. From this perspective it is noteworthy, for example, that no technical explanation (as if that had in the past), watching a film (which currently is an electronic file) into a camera obscura, because they have changed the characteristics of the lamps, and because light does not have to cross any film. Today, with the technical device available is perfectly possible to see a movie twilight. Darkness is needed. By contrast, video works made by filmmakers from the field of Fine Arts do not have to continue suffering the rigors of the white cube that illuminates everything to blindness, because you have to keep in mind that we no longer see beyond but before on the contrary we see here.

It should be remembered that the characteristics of space viewing and reception of audiovisual works has always played an important social and political role. It is a classic of criticism in this regard emphasize the fact that the seats have long been nailed to the floor, forcing a perfectly scheduled and framed viewing. But from another point of view, we can not ignore that in the same space there was a sexual revolution. For a long time, during the twentieth century, going to the cinema was one of the few activities that a lady could do alone or with other friends, no family surveillance. And in those same seats nailed to the ground they had their first sex experiences before or outside marriage. Part of the popular memory what happened in the last rows of seats in the stalls of cinemas. On the other hand, we also refer to that specific form of prostitution practices representing “Irina Palm” of the theaters. And in another sense, the encounters between men in toilets revival theaters (in various forms). 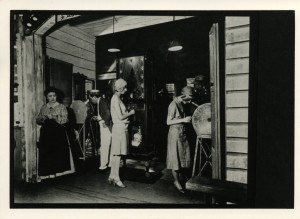 Before World War I (before the dictatorship of Primo de Rivera in Spain), space for the cinematic experience was starring film sheds, spaces related by its simplicity with galpones in America. Of extreme poverty, left in the level of real palaces to Nickelodeon: the theater of a nickel, which generalize the cinematic experience between the working class and the poor.

Hence the forms taken to the cinema experience in the last dOCUMENTA in Kassel. 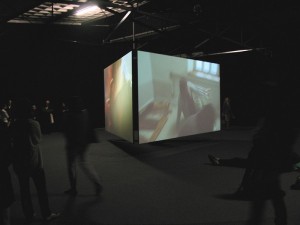 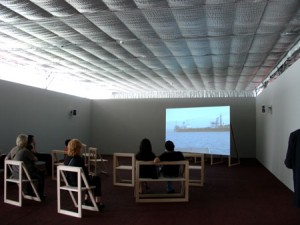