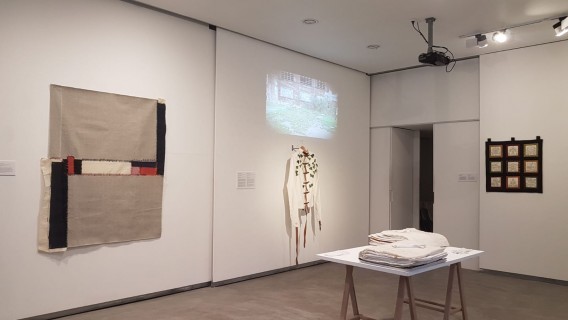 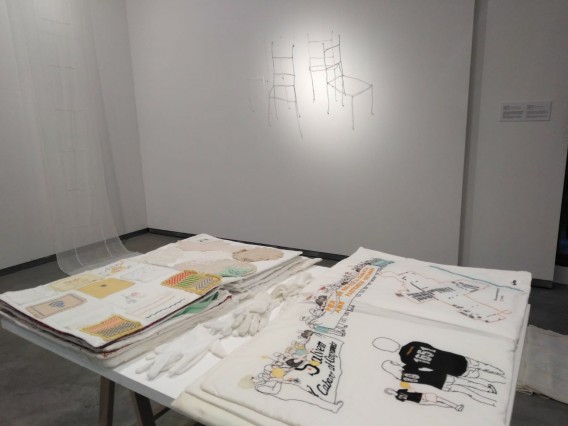 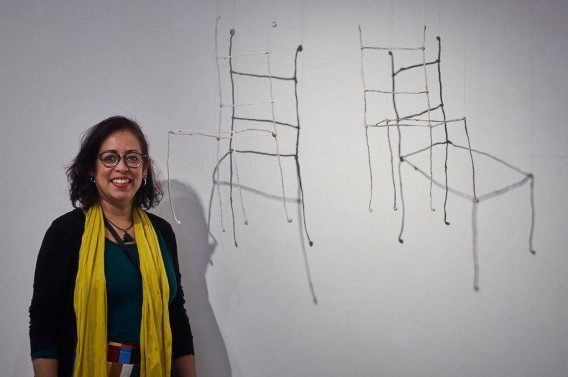 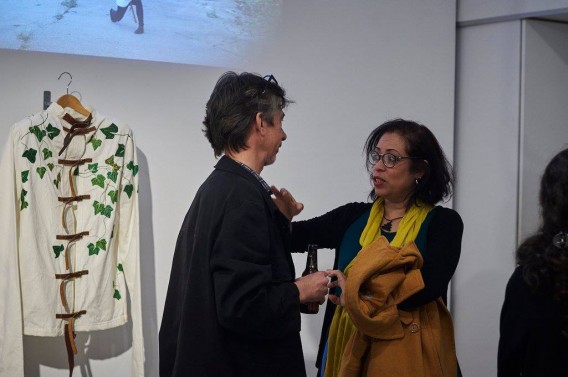 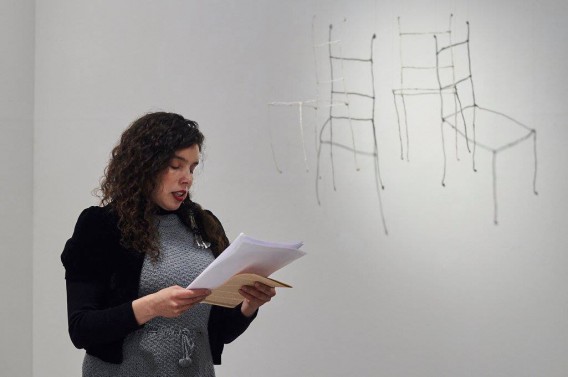 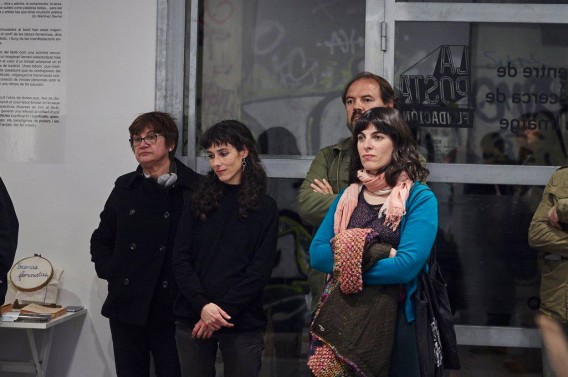 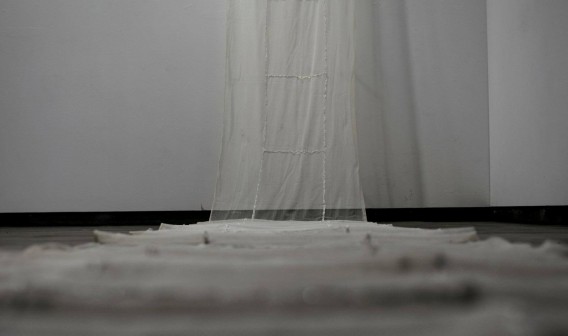 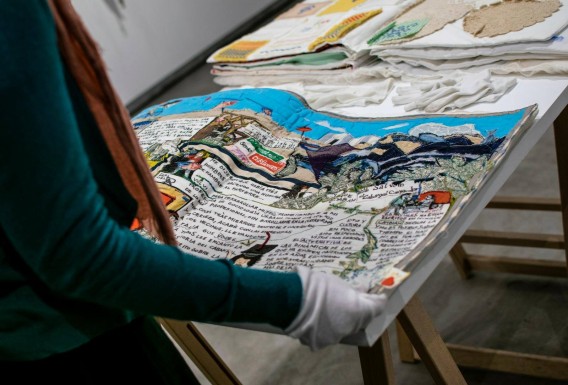 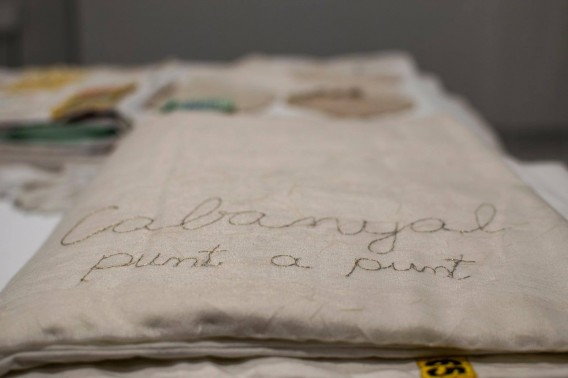 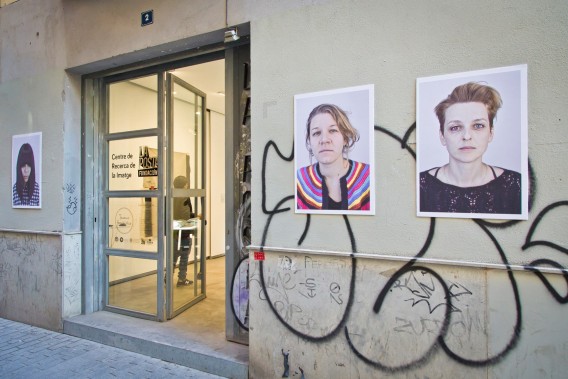 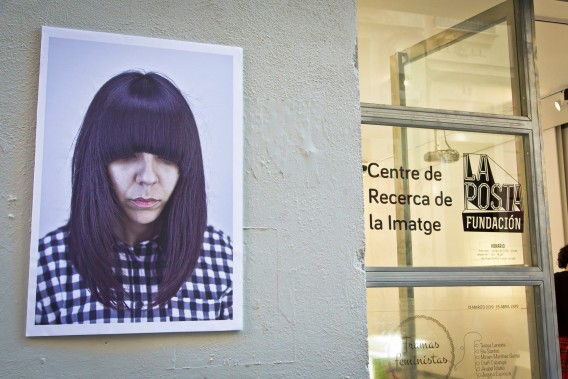 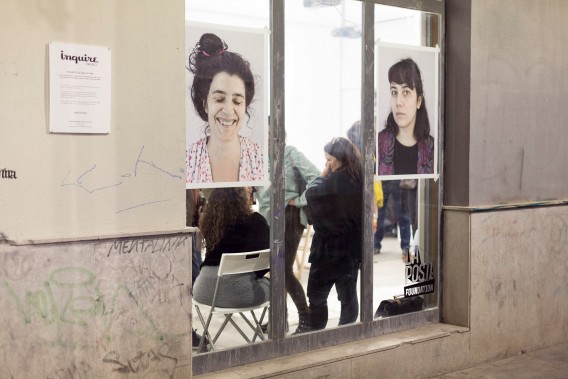 Feminist plots, exhibition of LABi 2019 (Laboratory of thought, creation and diffusion of the image), a project of the Master in Photography, Art and Technique of the Polytechnic University of Valencia in collaboration with La Posta Foundation, Image Research Center, seeks to generate a reflection on the various proposals in textile art and its multiple links with women artists and/or artisans. For which it gathers pieces of the creators Teresa Lanceta, Bia Santos, Miriam Martínez Guirao, the collective artistic project CraftCabanyal, Anabel Mateo and Jessica Espinoza.

Through the deconstructive process of the plots that make up the modern episteme*, women artists were embroidering, weaving and renaming their own historical identity with the proposals of feminist theory and gender studies, which had a greater visibility from the second wave of the feminist movement in the 70s. Thus, through the reappropriation of textile techniques, which conventionally stereotyped women, they positioned themselves from the critical point of view to also place the construction of work, as opposed to official knowledge or classic techniques. of the academic. A notable example is the emblematic work The Dinner Party, by the artist Judy Chicago, exhibited at the San Francisco Museum of Art in 1979, in which, through a textile installation, it paid tribute to relevant women in the cultural and intellectual field of the West, contributing thus to a necessary recognition of the feminine historical genealogy. 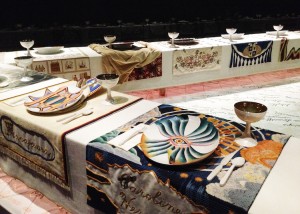 For centuries, textile work has been carried out mainly by women and has been related to the domestic sphere, becoming a historical invisibility that relegated this technique of the official arts. Its learning model, in most cases without a formal education, and based on oral transmission, crosses cultures and worldviews, subverting the validated structure of knowledge as well as borders, extending from the west to the east and from north to south. Similarly, its mode of production exceeds the conventional notions of the arts such as authorship, which is often diluted in anonymity and, at other times, is shared, to be done in a community.

We are faced with categories that establish asymmetries of power, social prestige and recognition, as well as other aesthetic criteria that we intend to question, revealing the tension between the undervalued crafts considered rather decorative, compared to Art, with its consistent and reflective works. Thus, we propose to investigate the warps of conventions and the hierarchies of the creative act, beyond the arts and those who produce them.

In Feminist Plots we gather works by women artists and creators that spin readings with needles, fibers and fabrics, both at a technical and symbolic level, that tell us experiences from the private and intimate, such as healing, restraint, home, to expand to what public and the need to relate to nature and network with other people through collective sewing processes.

We are before works that speak of the act of spinning, sewing, weaving, darning and patching, also with high metaphorical or poetic dimensions. A gesture of repairing wounds as Teresa Lanceta, an outstanding Spanish artist, states in her work Sur (2004), from the series Paintings Sewed. On the other hand, in The wait and The passage (2001) Bia Santos, a Brazilian artist based in Valencia, approaches the space of the domestic as the primal matrix and the possibility of a connection with spirituality. An awareness of environmental psychology and possible disorders due to the absence of vegetation are inscribed and embroidered in the textile piece Natural Madness (2015) and video Solastalgia Future (2017) by Miriam Martínez Guirao, visual artist originally from Elche. The piece El Cabanyal point to point. Different illustrated perspectives (2014), from the collective artistic project CraftCabanyal, reminds us of the strength of community production and the possibility of bringing people of different ages together through a social textile that turns into an activist and denunciation archive. While the home as a refuge and the displacement of the drawing to the textile are present in Untitled (2017) by Anabel Mateo. And finally, in Cacicas (2014), by Jessica Espinoza, a Chilean artist living in Barcelona, ​​the power of healing and strength is invoked in the face of the adversity of Latin American rural women.

In short, the exhibition Feminist Plots aims to examine the mechanisms of power that establish hierarchies on arts and crafts, which also imposes a categorization of established roles on the feminine and masculine.

In a complementary way to the exhibition, we propose Eva Viera’s ephemeral installation Inquire project, on the exterior walls of La Posta. It is a series of photographic portraits of women that contrasts with the stereotyped representations of the feminine.

* We understand modern episteme, from the French philosopher Michel Foucault (1926-1984), as a mode of knowledge configuration and ordering of knowledge, which goes from the mid-eighteenth century to the mid-twentieth century and points to the idea of progress to the detriment of nature. It is characterized by being anthropocentric, androcentric, Eurocentric, heteronormative and capitalist.