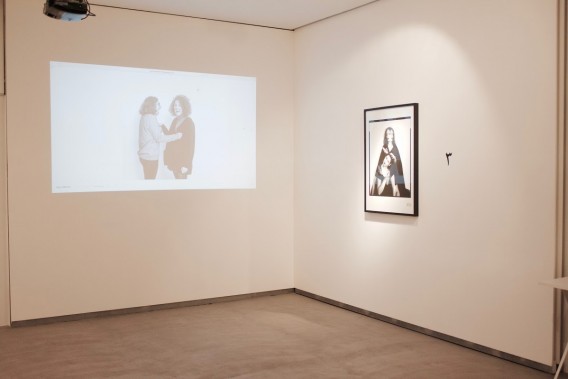 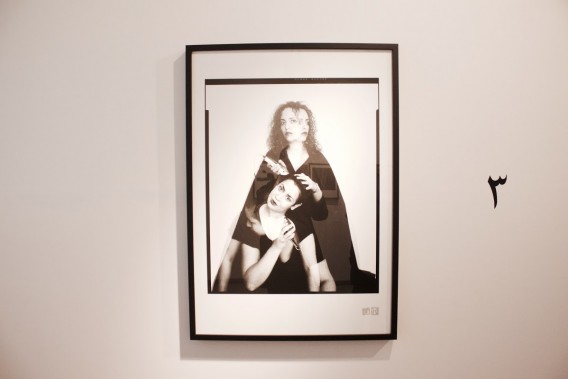 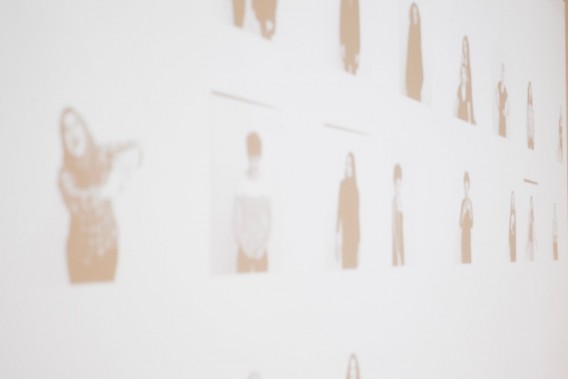 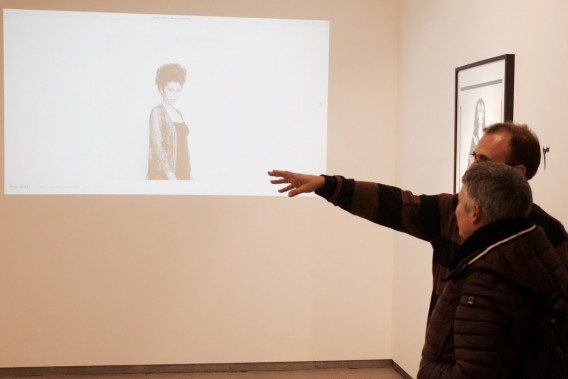 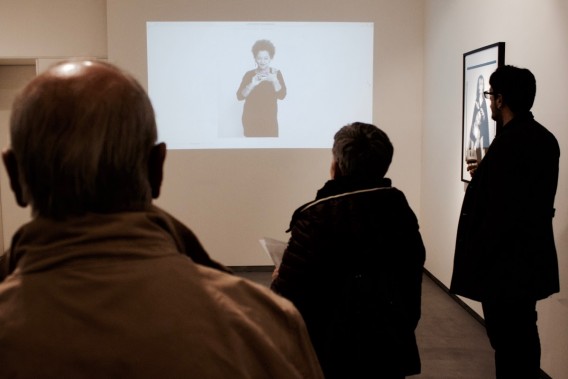 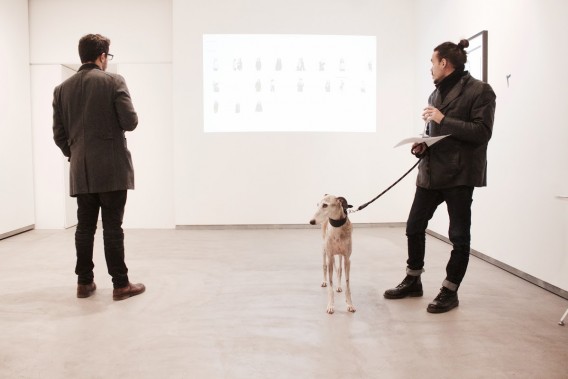 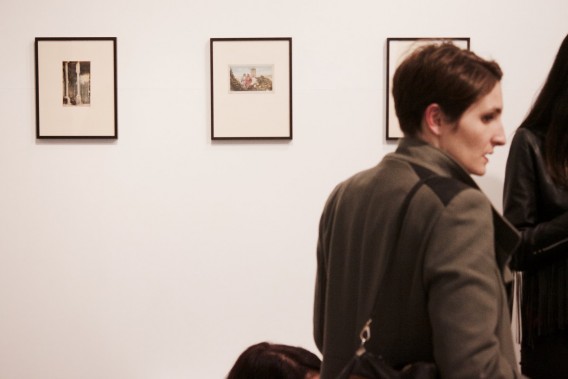 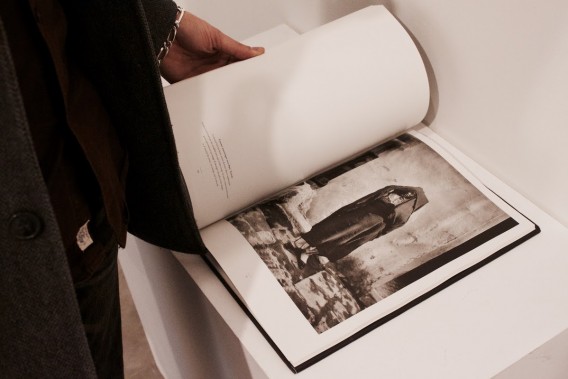 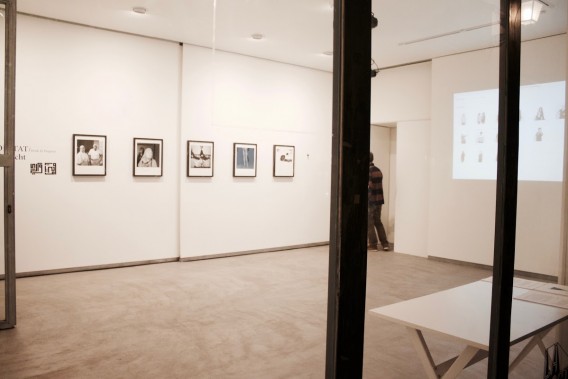 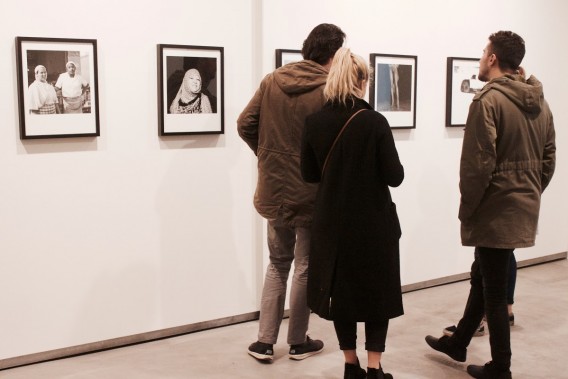 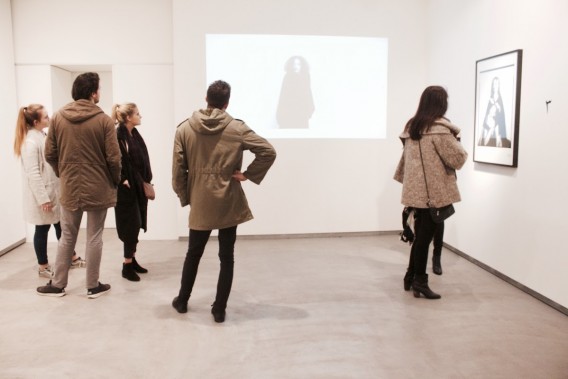 THE EXHIBITION works in three phases of reading, which give account of the creation process in a progressive route through the exhibition space.

The first phase approaches, in a very slight but effective way, the construction of the image of the Moroccan woman from the visual heritage of the colonial archive. With just three postcards and a couple of books to be consulted, we approach that “orientalist” visuality (Edwuard W. Said). But in an absolutely emphatic way, but rather as something that has been incorporated into daily life without being, still, problematized. In most of the world, by the way, the first photographs that were “taken” were work of the colonizer.

In this second phase, the artist begins a search to escape from that image construction that she has inherited. He leaves the colonial relics room to try to find another possible image. But in his search he encounters images that, although new and current, reveal previous constructions and reproductions, remains of stereotypes, vestiges of clichés (and a cliché is precisely the negative photographic image used for the print run). Between the folklorizing clichés and the advertising constructs, it is as if the female body had to fight permanently with a manikin, to face him body to body in each gesture. The artist then cries. His own image is fragmented and disperses like tears.

Lamia Mohacht then decides to create a set, a study in which women can freely choose and build, by themselves, the gesture they want to deliver to the camera. So important is the construction of image as the relations that are established with the women who go through the study. The melee is another. The reciprocal pact between photographer and person photographed is now decisive. As the artist explains, it is already “an invitation to all Moroccan women to participate in the creation of a collective portrait”. And all women mean “whatever their religious beliefs, their ethnic and social origins or their sexual orientation”.