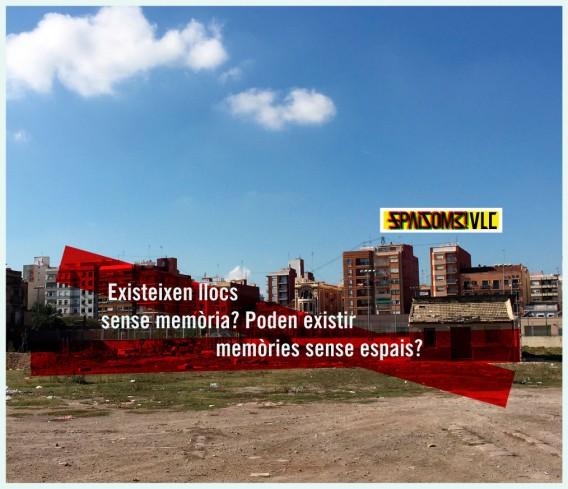 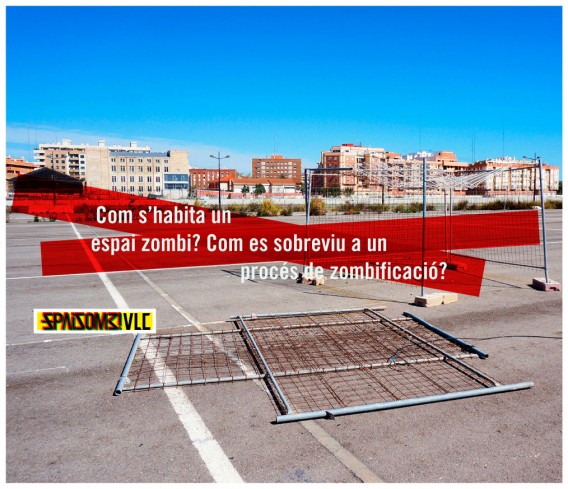 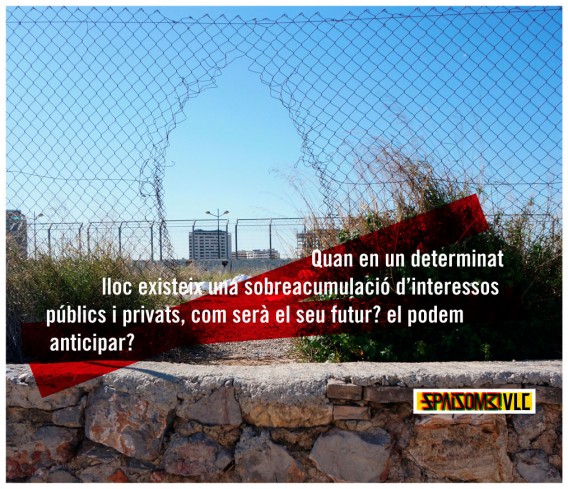 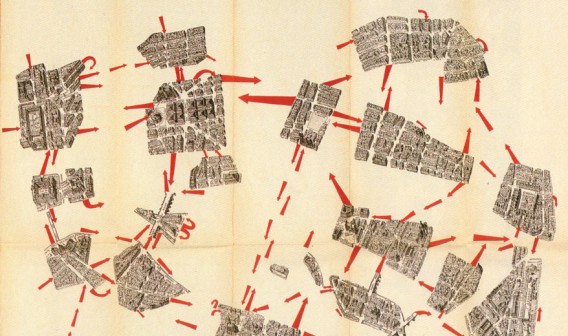 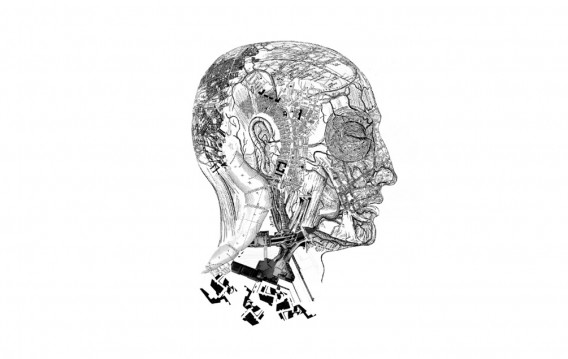 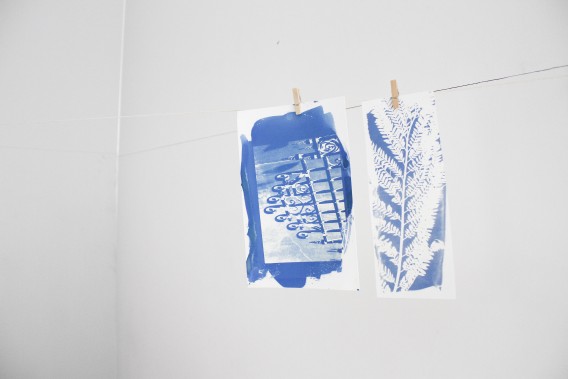 During this spring, between March 24 and May 4, in La Posta Foundation – Image Research Center, up to 4 workshops that coincide in that they have deserved the support of the program Emerging – Strategy of Social Innovation in the Territory of the University of Valencia – Vice-rectorate of Culture and Equality, in collaboration with the City Council of Valencia – Youth Council; organized by the LABi* team (in which Silvia Giménez, Tamara Guerrero and the LABi team composed by Rodolfo Muñoz, Paloma Saguez and Clara Broseta participate), and by the IDENSITAT collective (Gaspar Maza, Ramón Parramon, Roser Colomar and Irati Irulegui), along with which the members of La Posta team Miguel Ángel Baixauli and Anaïs Florin participate, as well as Joan Alamar, Julia Pineda, Mati Martí and Chema Segovia.

Emerging was born as part of a social innovation project that, with the same name, has been promoted by the Vice-Rector for Culture and Equality of the University of Valencia. It is an example of cultural dynamism, a commitment to the integration and sociocultural referentiality of less visible and consolidated groups. With this aid, the aim is to channel the spontaneous cultural impulse that emerges through the members of groups that are not reflected in cultural standards or institutions. The grants are intended to be a boost for the development of projects aimed at promoting social and cultural inclusion in the municipality of Valencia, understanding that these initiatives will help to make visible, reflect or reduce the unequal distribution of social, cultural and spatial assets generated by the contemporary social structure. Therefore, proposals that trigger innovative changes towards greater social justice are sought. 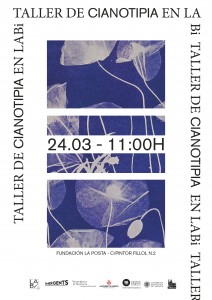 The objectives of the workshop are:

– Make the neighborhood reach an old and almost forgotten reproduction technique such as cyanotype.

– Use objects, that the assistants have contributed, that have connection with the neighborhood of Carmen to create compositions.

– Combine ideas and stimulate the creativity of the attendees.

Among other applications of cyanotype, we highlight, following the commitment of the La Posta Foundation with the Art and Health movement, its use in recent times as a form of artistic expression in therapies against dementia.

“Cognitive, emotional and idea generation stimulation are widely used resources to delay the progression of the disease and the loss of functions, which is why cognitive training programs are important for the non-pharmacological treatment of people affected by Alzheimer’s disease. which are considered fundamental, and new proposals for workshops related to art in general and artistic activities in particular are born. Art can contribute and artists can contribute, within their possibilities, to make the living conditions of many people more bearable, provide means to feel better about themselves, isolate themselves from unpleasant environments, acquire self-confidence, feel a little happier. The goal of art is not to cure, but it can help to humanize healing processes and the environments in which they are developed (Belver, 2011, p.12). Zaidel (2010) describes art as a specifically human activity, related to abstract and symbolic cognition. Skills and artistic creativity, unlike language, are associated with wide, diverse and redundant brain areas, which justify the persistence of their functionality, even in the case of people suffering from some type of dementia” [Moreno-Sáez, C.; Gutiérrez-Párraga, T. (2017): “Cyanotype as a means of training and implementation of artistic activities for educators working with Alzheimer’s patients”, in Art, Individual and Society, 29 (Special Issue), 109-126].

Psychogeography is a discipline that emphasizes emotions and behaviors related to space. The activity focuses on the analysis of urban spaces and seeks to generate instances where residents and pedestrians of a neighborhood can share their experiences related to it.

Starting from this definition of psychogeography, an activity is proposed in which a heterodox group of people who maintain some kind of link with the Barrio del Carmen meet. Previously these people have been provided with a tourist map of the Carmen neighborhood with a peculiarity: no place is highlighted. This is intended to make the assistant, before the activity, prepare his own personalized map, which highlights the places he believes relevant, both positive and negative, with which he has some connection, emotional, historical, memory, etc. With this, over two days the neighborhood will be covered with the same group of people, where each one will act as a guide of the route that they have considered starting from the personalized map that they have created. Attendees can take photographs, generate audio recordings, drawings, sketches, etc. At the end of the journey, the room will be set up so that attendees can share their experiences and the elements generated in the workshop.

People who have different types of relationships with this enclave will be invited to participate: they have always lived there, ex-residents, who go to school in the neighborhood or who only visit it on Sundays. This is intended to reflect with the workshop attendees about the variety of experiences that are concentrated in the same space, seeks to visualize positive and negative points of this, make an exercise of memory and reflection on the transformation that has suffered and the Carmen neighborhood continues to suffer.

When the two days are finished, a small edition will be made with the compilation of the maps that each participant has proposed and the reflections and conclusions that have been drawn from the workshop. 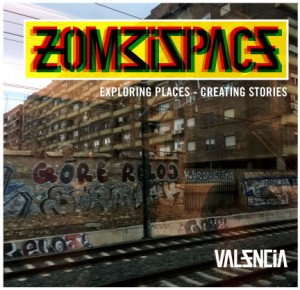 Zombie Spaces is a project which analyses, points to and promotes collective proposals in a particular area, which, through the confluence of several complex and often unrelated circumstances, define a contorted landscape.

The process of zombification within a site is caused by a confluence of various elements, such as public and private over-accumulation of interests within the same sites, the overproduction of projects which overlap and engulf each other, and by the life which the site sustains, reorganising itself beyond the hostility of circumstances. The zombie space is defined by ideational fragments which never fully materialised. A zombie space is a place which comes back to life, ill-fitting and disfigured, in spite of numerous attempts to plan it out as an articulated whole. The combination between the logic of speculation, public management dragged along by private interests, the rehashing of poorly adapted models, the paralysis of ongoing works initiated before the crisis, the flux of migration and the emergence of new activities, disconnection from the site’s historical processes; these and other elements, specific to each space, turn these areas into places which, designed and built according to these pressures, facilitate the deterioration of social and living conditions. A zombie space is not a dead space, but a space where various ways of disjointed living have been reorganized.

Resurrected by the confluence of multiple projects, many of them unfinished or aborted in favour of other projects, other policies, other economic interests, other external circumstances of an extralocal nature, these zombie spaces trace out coarse urban landscapes which continue to function with disfigurations produced by the combined will of a number of people, or of institutions, to vivify them according to their own images and likenesses.

*LABi (Laboratory of thought, creation and diffusion of the image), is a project of the Master in Photography, Art and Technique of the Polytechnic University of Valencia in collaboration with La Posta Foundation.