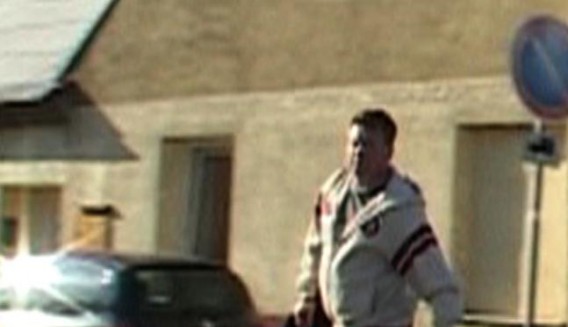 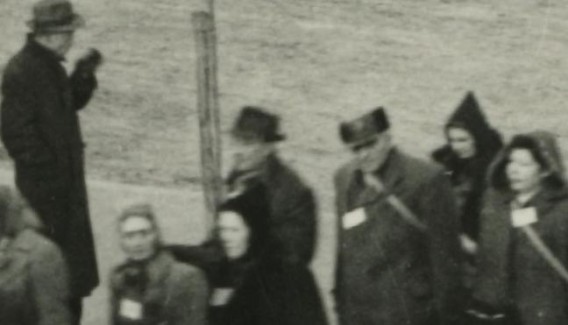 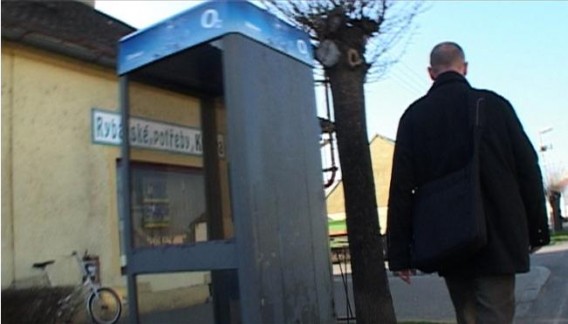 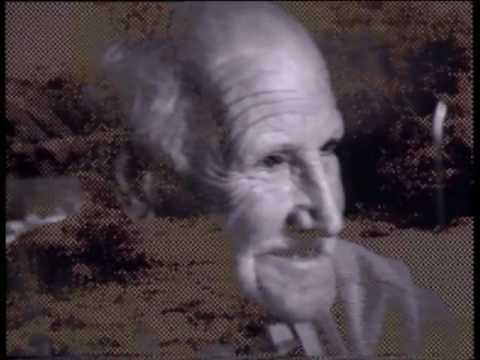 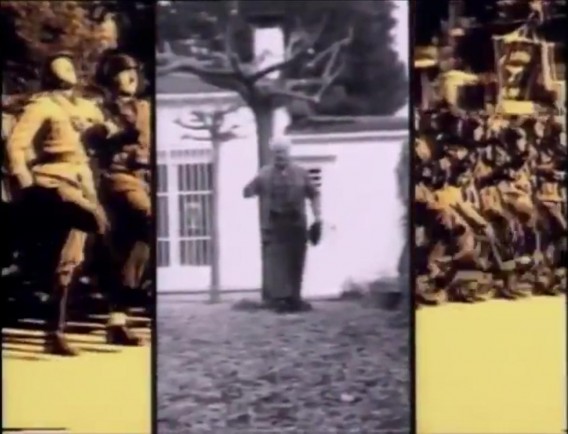 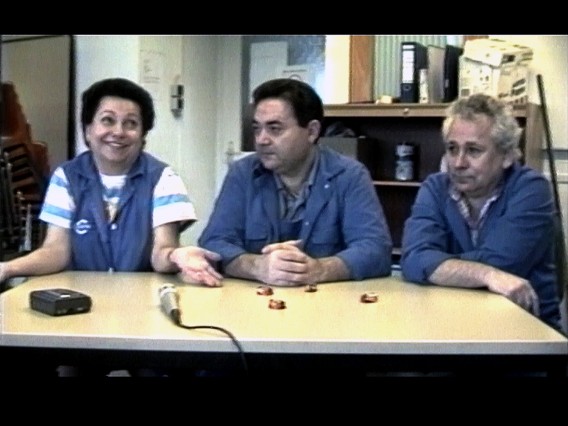 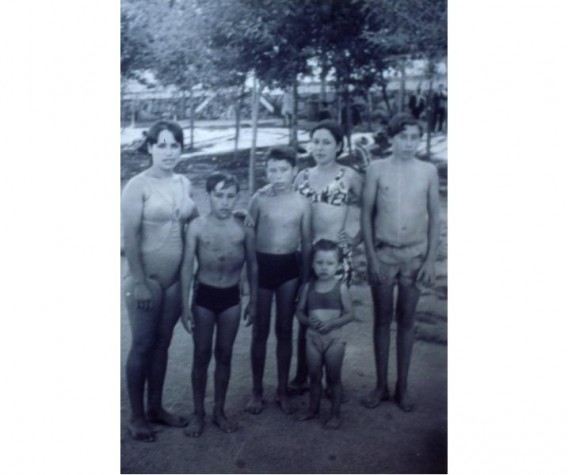 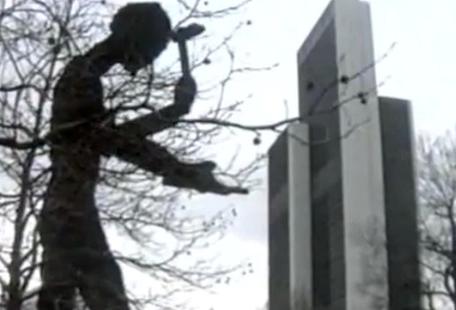 Transit in the limits by the routes of Apology/Anthology. Route elaborated by Eugen Ehrlich. Eli Lloveras, director of Hamaca, participates in the presentation.

La Posta Foundation presents Apology/Anthology, an initiative of HAMACA (together with Tabakalera San Sebastián, UPV/EHU and Cameo), composed by a series of tours by the video in the Spanish context; and we do it with the exhibition of three film pieces which are characterized by transit in the limits of the routes of this compilation ―corresponding to the last fifty years of video in Spain― with a common denominator, all referring to the art of memory. The selected works are: Look at the tree (2009), by Fernando Baños, 7′; Parany (1990), by Jaume Subirana/Gringos, 7’35”; and The Interior Memory (2002), by María Ruido, 32’40”

In order to be able to approach the task of selecting three film pieces among the large number of video and film material that integrates Apology/Anthology (86 pieces, then notably expanded in the project website www.apologiantologia.net), it was necessary to adopt precise criteria. To begin with, we have been more for the Apology than for the Anthology. That is, we have focused more attention on recent works. However, as we traveled through the anthology, we ended up making a stopover in Parany, by Jaume Subirana/Gringos, which is a 1990 work. On the other hand, faithful to the spirit of La Posta, which was reflected in the cinematographic activities of the first season: “In the limits”; we have been bordering the broad categories in which the videographic/cinematographic production associated with the artistic field is usually organized (conceptual, dismantling and appropriation, political and social, gender identity, sexual orientation and body policies), seeking the areas of intersection with the field of film essay or creative documentary film. The results of the investigation have not been more exciting: three filmic pieces that penetrate the intricate mazes of personal or collective memory, if both are dissociable.

In addition, the selection made is faced with one of the fundamental criteria of the anthology from which it comes, as it is the identification of a geographical area to which it would be referred by reference to the “Spanish context”. Powerfully draws attention in the title of the compilation: “Apology/Anthology. Tours through the video in the Spanish context”, the attempt to geographically narrow the scope of selection, by an inaccurate reference to the “Spanish context”. The attempt to geographically limit the audiovisual productions is very typical of the film industry. This is understood in the context of an industry heavily involved by States (including the Hollywood industry). It is not so understandable in the field of video art, which is supposed to be endowed with greater independence. The selection made for this Apology/Anthology presentation, puts in crisis that supposed geographical scope of the production that is presented, since these are three works that collect the memory of people in transit between different European countries, mainly between Germany and Spain. In these coordinates, if we would like to make a geographical ascription of the experiences recalled in the selected works, we have to ask ourselves the question of which country belongs the memory of, for example, Spanish immigrants in Germany during the decades of The fifty, sixty and seventy of the last century, to which Maria Ruido refers in The Interior Memory; or the memory of an exiled Spanish Republican who enlisted in the International Brigades, and who at the end of the Spanish Civil War will end up participating in World War II, will be taken prisoner, probably in some concentration camp … what “national context” is that memory collected in Parany by Jaume Subirana/Gringos? The question has been raised in all its crudeness by Jorge Luis Marzo and Patricia Mayayo in Art in Spain (1939-2015), ideas, practices, policies, when addressing the work of Spanish artists in exile, particularly in Mexico, have highlighting their lack of belonging both to Mexican culture and to Spanish culture, which in fact has not considered them in the canonical history of Spanish art [2015, 19-65]. In that context, it seems appropriate to consider whether it makes sense at this time to ask the question about the national ascription of certain artistic works in transit, the result of uprooting; or if, on the contrary, it would not be more appropriate to highlight this fact, which affects so many works as the mobility has increased.

In order to identify in which cultural context it is possible to register certain works that are fruit of the uprooting, a few words of the own Fernando Baños can be useful us. The author of Look at the tree gives account in his master thesis: “The tourist of memory. Around the slow glance of Sebald’s Austerlitz” [refers to W.G. SEBALD: Austerlitz, C. Hanser, Munich, 2001] of the fact that certain images do not refer to something objective but to something imaginary, relating an optical image with an image-memory that it summons, the physical with the mental, the description with the narration, the current with the virtual (Fernando Baños refers to this idea by citing Deleuze’s The Time-Image. Studies on Cinema 2, Paidos, 2004, pp. 69-70). It would be audiovisual or plastic works ascribable to the culture that is in our memory formed in the uprooting.

On the other hand, the three selected works participate in the characteristics of the art of memory, a creative constant or turning towards the work of art as a file [GUASCH, 2005, 157-183]. This art of memory includes both individual memory and historical memory. In the field of audiovisual presents some constants, such as avoiding dramatic moments, not presenting a structured story and constitute as a subjective document, all points of connection with the essay film and documentary film of creation, thus defining a zone of intersection in the limits of both fields of activity.