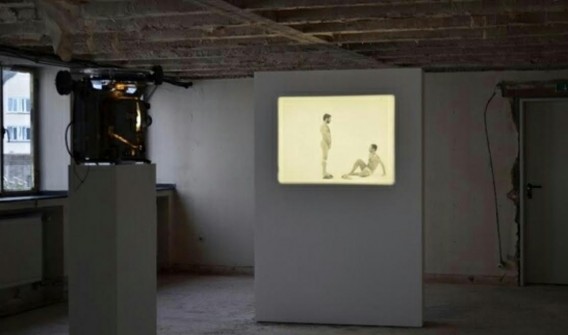 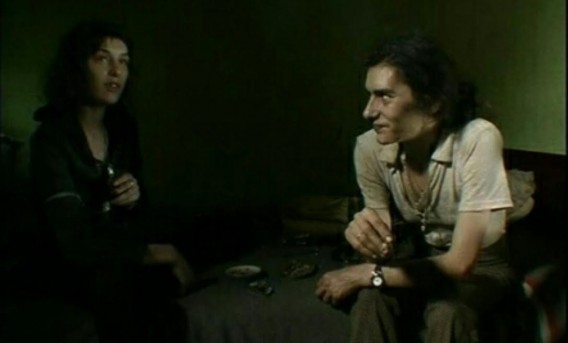 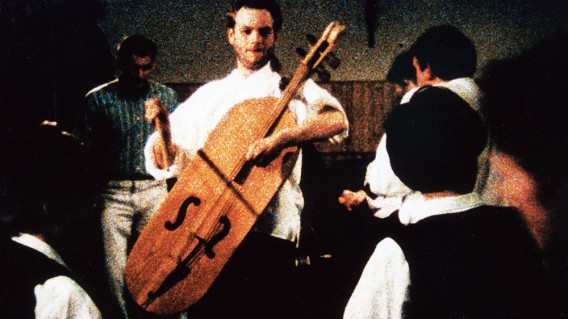 One of the fundamental objectives of the activities of La Posta Foundation is the inquiry in the areas of intersection between the so-called video art and video creation and film works from the field of film essay or documentary film creation, including the processual cinema in practice Miguel Ángel Baixauli.

For example, in order to illustrate that area of ​​intersection to which we refer, we can make reference -the first works that come to mind-, some paradigmatic as Akram Zaatari (The End of Time, 2012) and Pedro Costa (No Quarto da Vanda, 2000), other classics such as Chis Marker (La Jetée, 1962) and Lisl Ponger (Phantom Fremdes Wien, 1991).

In the field of audiovisual activity to which we refer, we pay particular attention to two issues: first the relationship of this activity with social and economic processes; and secondly specific attention to one aspect of filmic device that often goes unnoticed and that for us is extremely important, as is one that refers to the physical conditions in which the cinematic experience occurs.

When we refer to relations of audiovisual production with social and economic processes we are referring to its functionality. It is true that artistic activities play a plurality of functions, ranging from the ideological to the purely aesthetic through teaching, knowledge generation and definition of spaces and even magic functions. But all of them can be seen as separate from the life of a utilitarian way, as involved in social and economic processes. Ethnology has taught us a lot in this regard, as long as appears as an object, for example intended for a religious rite, in that context plays an ingrained social function in the habit of the population, it can be absolutely detached from those social processes when ending his days in a museum showcase. The same applies to the audiovisual images. The case in which more clearly seen that they continue to maintain their links with social and economic processes in which they were generated is in the documentary —although it is not always so—, while other visual images tend to isolate themselves from reality you create or recreate a fictional world (and do not say only by the use of the typical resources of literature, and more specifically of the novel, because in this case is not always the case, not always so happens that the use of novel isolate us from reality).

As for the investigation and effort to define the optimal physical conditions in which it has to produce the cinematic experience, interest in this part of film device is the result of interest in the conditions in which there has been reception of images historically, that is not an issue at all fixed, and has undergone enormous changes over time (this is also closely related to social and economic processes that have been linked to the production and reception of images). In this sense, as a brief review (because this is not the time or the place to expound a thesis on this issue), but we can not fail to refer to the remarkable uniqueness of phenomena such as the enjoyment of the cinema in barracks, usually installed in fun fairs of all types, in the early twentieth century. A lack of any luxury installations inside which occurred in the meantime shows that were offered to the audience —among others, never alone, the movement-images—, all violence is witnessed, both among the audience as these in relation to the artists who display (presenter, musician, designer and other participants in the show). 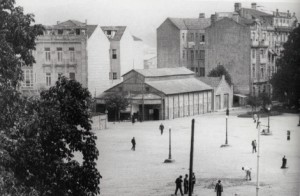 However, since its origin has been in the minds of those involved in film production and exhibition on access to a select audience, and so those barracks early and had strong competition with luxurious theaters dedicated to film. Even they have been known specifically rooms devoted to worship and intellectual public, as calls art and essay cinema, including one that opened in San Sebastian in the Gran Kursaal. That cinema art and essay opened on January 1, 1969 and closed on September 30, 1972, the fact that the film itself is given: Hiroshima, mon amour, Alain Resnais, according to the chronicles. The Gran Kursaal would be demolished soon after the closure of the cinema art and essay. 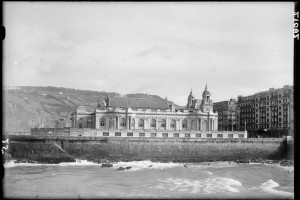 The Gran Kursaal in San Sebastian, for a time housed a cinema art and essay

The question of what are the best conditions for viewing the film is not even remotely a peaceful issue. Evidenced by the fact that during the little-more-than-one-century of existence this medium have tried many different formulas. In addition to that we have already mentioned, we do not conclude this brief comment on the topic without mentioning theaters summer, with outdoor screenings often on the beach; porn cinemas, where the fastening of the chairs to the floor by screwing ferrous not seem to have traditionally been a major obstacle to take all imaginable positions; film forums of all kinds, in a race with no limit for convening increasingly specialized audiences; or the popular movie popcorn, which you can go to placate anxiety without resorting to drugs (coming out increasingly expensive). 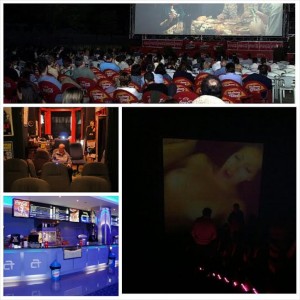 In the limits born in the breeding ground of these reflections and feeds of networking in participating very actively the Master of Visual Arts and Multimedia at the Polytechnic University of Valencia and Cine por Venir. No wonder members of these two organizations are part or have taken part of La Posta Foundation, as is the case of Maria Jose Martinez de Pison and Álvaro de los Ángeles and Miguel Ángel Baixauli. Otherwise, reference should be made, as active participants in the whole process, to: Salomé Cuesta, Moisés Mañas, Sonia Martinez, Damià Jordà and Esther Melo. With the very special collaboration of Miguel Morey in the seminar-workshop on processual cinema Miguel Ángel Baixauli lead.