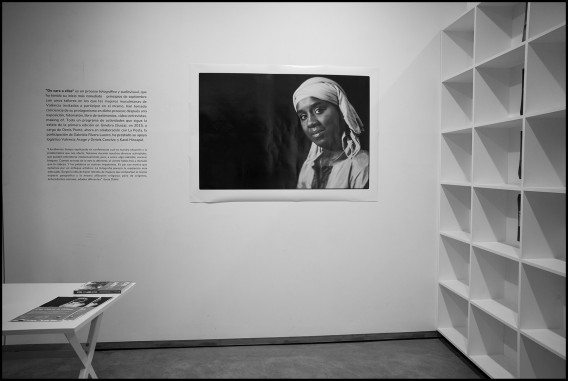 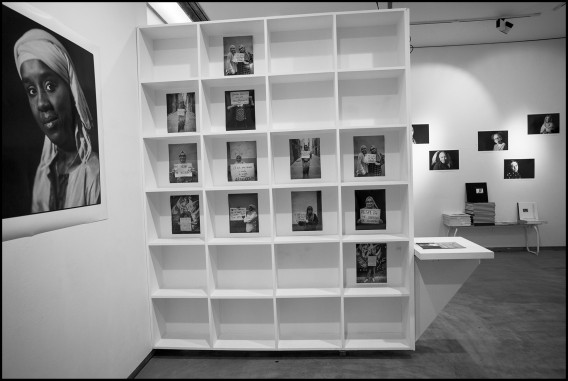 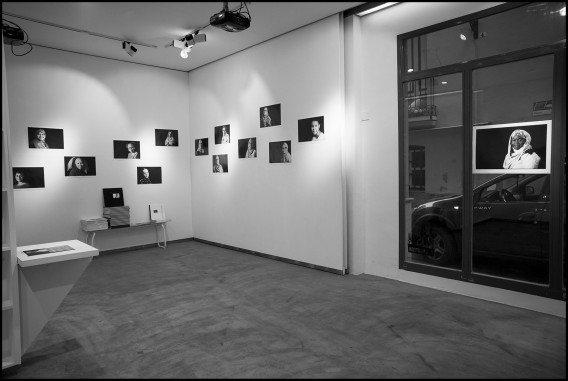 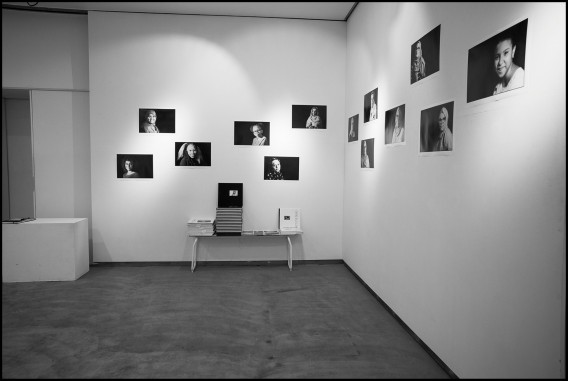 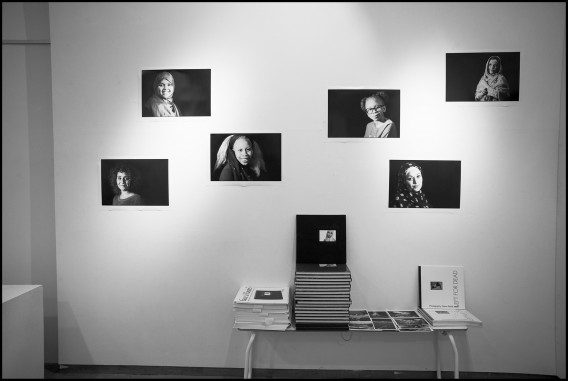 La Posta Foundation starts this 2019-2020 season with a project that is the result of the conjunction of a wide range of sensitivities. It started more than a year ago, when photographer Denis Ponté from Geneva (Switzerland) contacted us in order to carry out an exhibition project in La Posta. After a deliberation within the Board of Trustees of the La Posta Foundation, the initiative was positively evaluated, and from that moment a process began that has had several phases. In the first phase, the project was adapted to the characteristics of La Posta and Valencia. In that sense, it should be borne in mind that the project had a first development in Geneva “Face à elle” (2015), an initiative of the Collective of Muslim Women in Geneva, which contacted Denis Ponté in order to take a photographic project that, in the words of Lucia Dahla, of the Muslim Women Collective: they had been explaining in conferences what their situation and the problem that affects them, “we noticed during our various activities, which can be understood intellectually, but sometimes, something unspeakable, visceral, blocks. When it comes to the other, the different, the belly speaks more often than the head. And the words become impotent. [It is for this reason that] the Muslim Women Collective opted for an artistic approach, completely breaking with the projects carried out so far. Photography seemed the most appropriate mediation. The idea arose to make portraits of women who shared the same geographical space (Geneva) and the same religious affiliation (Muslim), but of origins, social backgrounds, different ages”. This photographic work was shown between November and December 2015 in Saint-Gervàis Genève, Le Théâtre, with the sponsorship of the Ville de Genève, République et Canton de Genève, Université de Genève, and the participation of the Institute of Arab and Mediterranean Cultures – L’Olivier Bookstore, the Place-Neuve Association, Bains des Paquis, etc. 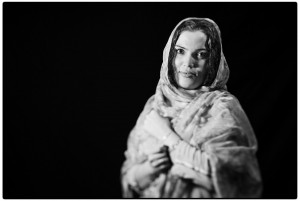 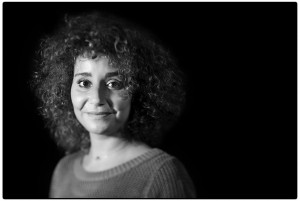 The set of activities that will now take place at La Posta in Valencia starts from that first experience, adapted to the characteristics of La Posta and Valencia. In the first place, the women who participate are residents in Valencia, and if in the case of the initiative of the Collective of Muslim Women of Geneva, Lucia Dahla is a Muslim woman converted, in our case it is a laic initiative that incorporates all kinds of religious sensibilities within the wide range of the Muslim. We continue, yes, putting ahead women who speak in the first person of their lives, women who, regardless of religious issues, their day to day is that of people who, for the most part, come from other places and live in own flesh the effects of racialization. On the other hand, they have collaborated with us in the approach to all these people to obtain their participation Valencia Acoge and Orriols Convive. 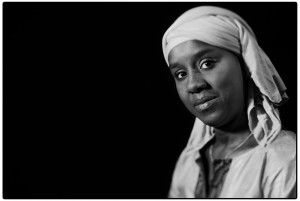 “Facing them” is a photographic and audiovisual process, which has had its most immediate beginning in early September with workshops in which the Muslim women of Valencia invited to participate in it, have become aware of their role in said process; then an exhibition, which includes a “photo booth”, in which any woman, and not only those who have participated more actively as, so to speak, the protagonists, can also be photographed and incorporate their photography into the whole sample. On the other hand, the project opens to everyone’s participation with a book ―in principle blank―, in which everyone can leave their testimony about the experience of their participation and their life. Finally, it should be noted that in parallel to this whole process, video interviews will be carried out with the participating women, so that the project execution record will also be audiovisual. 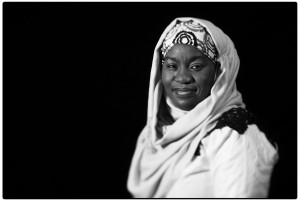