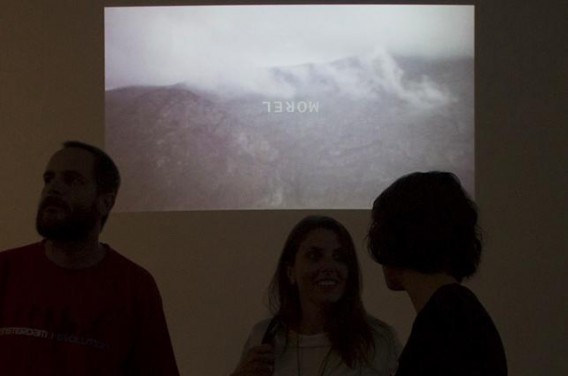 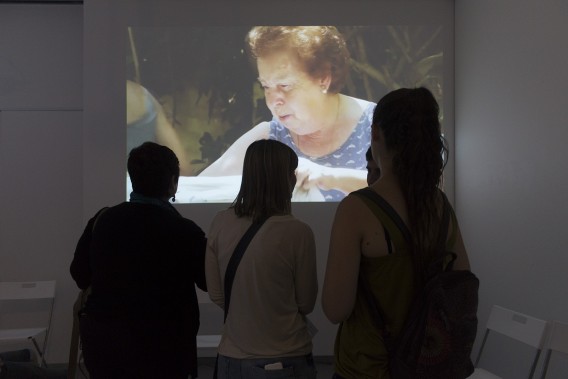 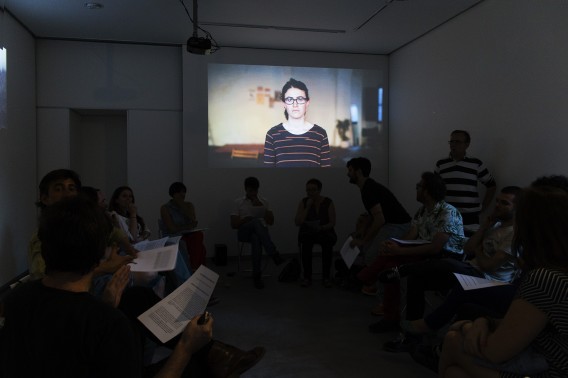 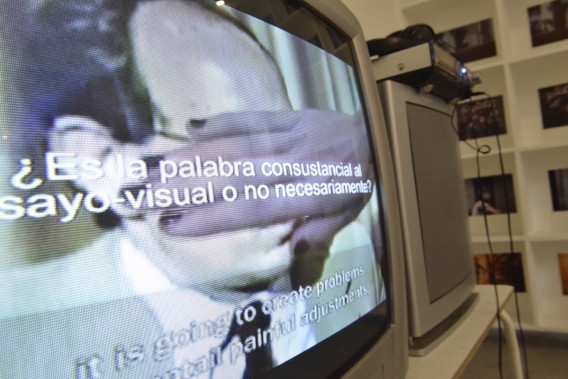 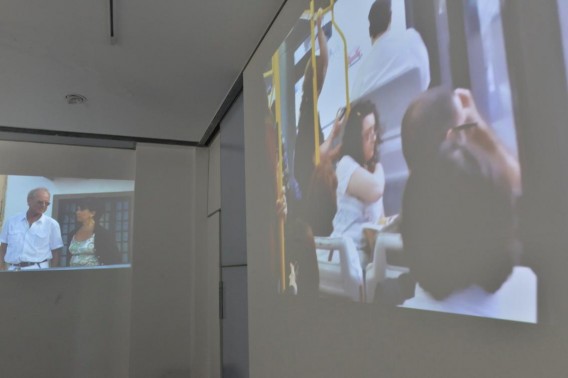 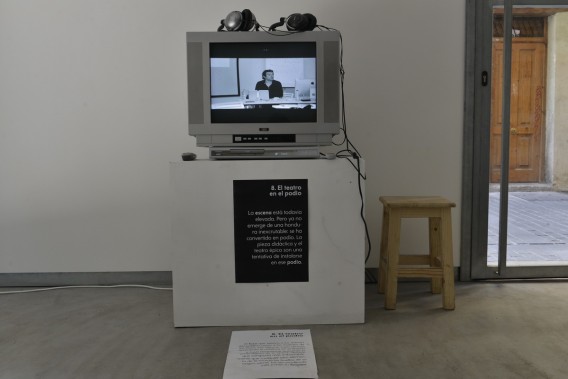 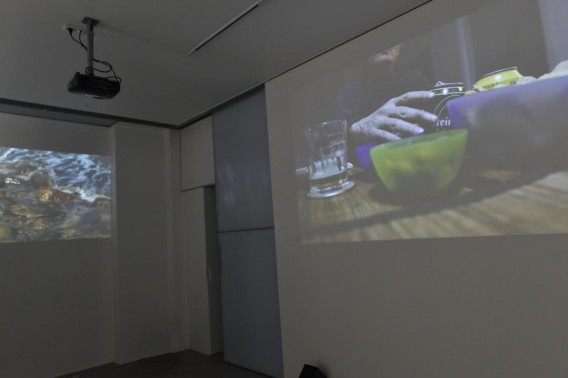 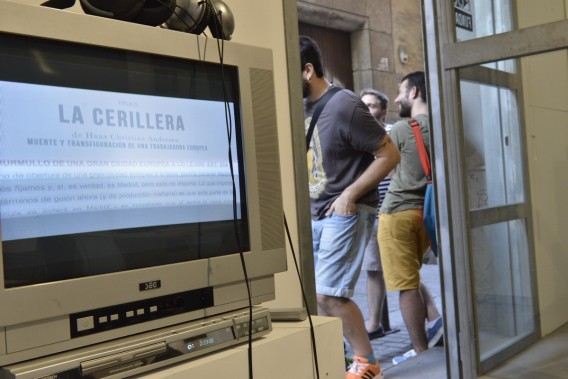 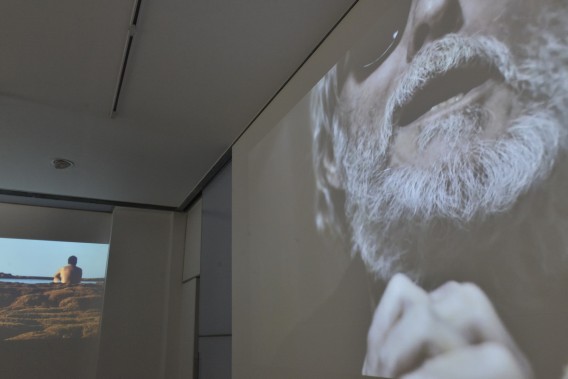 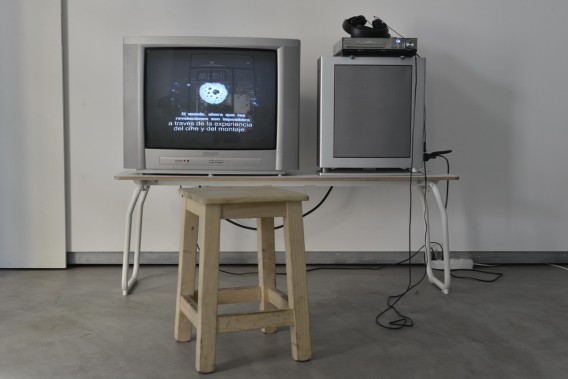 If the first part of “In the limits“, the first of the objective of La Posta Foundation -the research in the field of contemporary art-, spread and deepened encompassing teaching, which is inseparable complement to the latter, bringing the headquarters of La Posta Foundation current and former students of the Master of Visual Arts and Multimedia of the Polytechnic University of Valencia, in the context of a series of activities that took as its most significant milestone Seminar on Processual Cinema imparted by Miguel Ángel Baixauli, with the participation of Maria Jose Martinez de Pison, which included the conference Miguel Morey over The Scene in Nietzsche and “The birth of tragedy“ (during which the space La Posta Foundation it became a scene/film set and filmed material incorporated into the film in progress “View is not talking“). For the second part of “In the limits: Public to come”, has launched a participation process of public and assistants to the III Cinema to Come Sessions (and the serie of projections, lectures and workshops were held January to March this year in Las Naves), which more than passive reception of images, take an active role in producing them, contributing to the definition of the collective imaginary and parcels of public sphere the cinematograph is still able to configure.

With all videographic/film activities that integrate “In the limits” La Posta Foundation is faithful to his foundation as a nonprofit entity aimed at providing a public service, which seeks to relate global networks with the immediate surrounding reality in order to enrich, while, conversely, make a significant own unique contribution to the art systems in definition.

In the limits part 2: Public to come

Between 3 and June 13 will be seen in various provisions (projection light rays, television monitors CRT, etc.), the following audiovisual:

This montage establishes a simulated dialogue (not fictional) as the television is central axis: its potential as a mass medium, fears aroused the hostility of his language and his ability to build or destroy opinions. 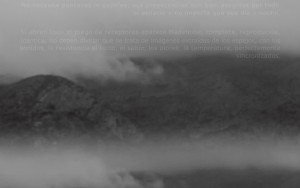 The face of the mountain La Cuta, mountain view from the front, and the words of Morel put into his mouth by Bioy Casares; catching and grabbing that these are the main elements that converge in this project, with the aim of investigating the third generation of perceptual images. 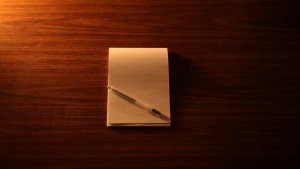 Two years after mounting the “making of” film we had just done, I revisited the gross and I made this remake.

During the ten days of summer passed, as every year, on the summer home of my grandparents, I wanted to pick up the changes that time has on the house and those who live there, focusing mainly on the rhythm of life that emerges: at the boundary between boredom and total serenity, that days returns to its natural state of pass of time. 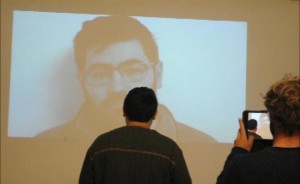 Desafinado is a sketch portrait of Chechu Berlanga, produced in the framework of workshop held by Virginia García del Pino. It pursues learn cinema from watching a filmmaker in his work. Introduces the conversation as the center, seeking to Chechu guard down.

In the limits part 2: Public to come

From 17 to June 27 continues “In the limits: Public to come” with works by Rosa Esteso, Alfonso Legaz, Alvaro Yebra, Octavio Guerra Quevedo, Pau Berga, David Cantarero Tomás and Mario Zamora. Some constructed from workshop Cinema to Come (Las Naves. Centre for Contemporary Creation), others designed specifically for (and during) the chance, and others which by their form and content help to contextualize (and problematize) the proposal.

Between the summers of 2013 and 2014, I attended the trials July Galcerà performed with other musicians on the 4th floor of a building in Ciutat Vella. I decided to do a portrait of the blind singer in the place where he prepared. Away from commercial circuits, after more than four decades July it remains in the musical underground. From his childhood image to the elderly blind, parallel planes portrait word and image used to think of himself, claiming his dual nature.

Portrait of a portrait studio documentary, and portrait that comes.

A short summary in process and not definitive, of what happened and treated in the workshop “images and texts”. Or maybe a fictional presentation, made a posteriori, of what was going to try in this workshop we have already made, built from the earlier material provided by the filmmakers, artists and guest critics, video recordings of meetings and fragments some of the films that were cited or envisioned, trying to implement several of the issues raised about the relation of the film with the textual.

+ The public and their states, Octavio War

Small piece that reflects on some states by passing the public during the observation of an artwork.

Educational piece that unites three materials (text, an oral speech and filmic discourse), distant in time but connected in meaning: a workshop Rebollo, where he talks about his next film, The Match Girl; both versions of the article by Walter Benjamin “That’s epic theater” where summarizes the key points of the theater of Bertolt Brecht and fragments of La Commune, Peter Weird, where the practice is carried to the field of cinema. 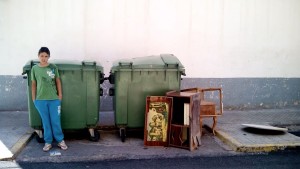 A collection of portraits taken from a suburban physical space and its inhabitants, which generate a meeting of looks.

During the first round of the exhibition they were photographed public potential, attentive pedestrians into the space “La Posta”, in which they could observe the various works. These images were printed and exposed to the second round, which the public became hypothetical work, and now looks towards the opposite direction. These images were displayed in a box of 24 frames, representing the length of a second (24 frames) in the film medium.