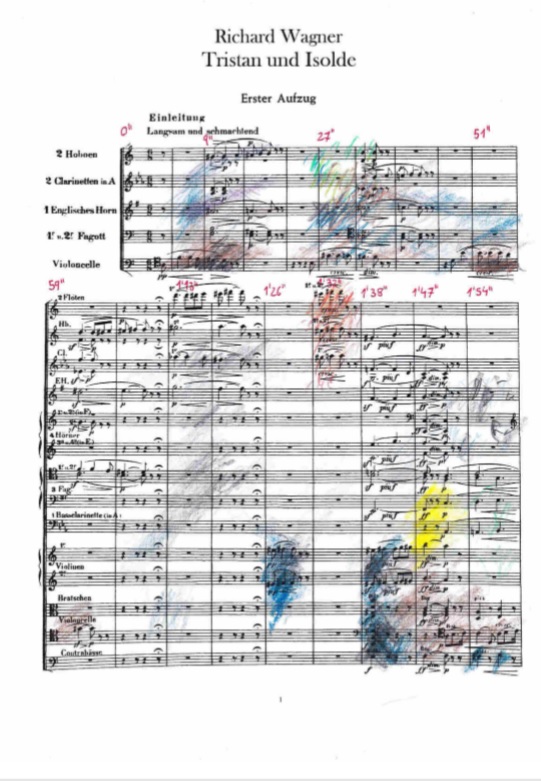 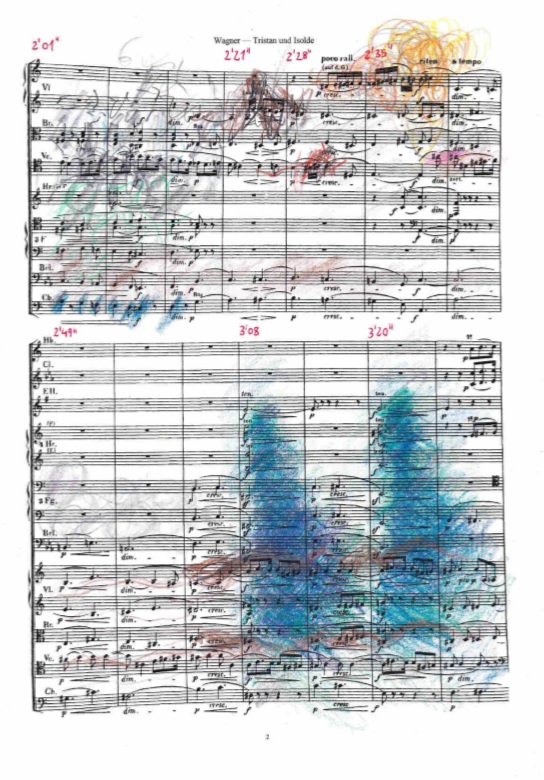 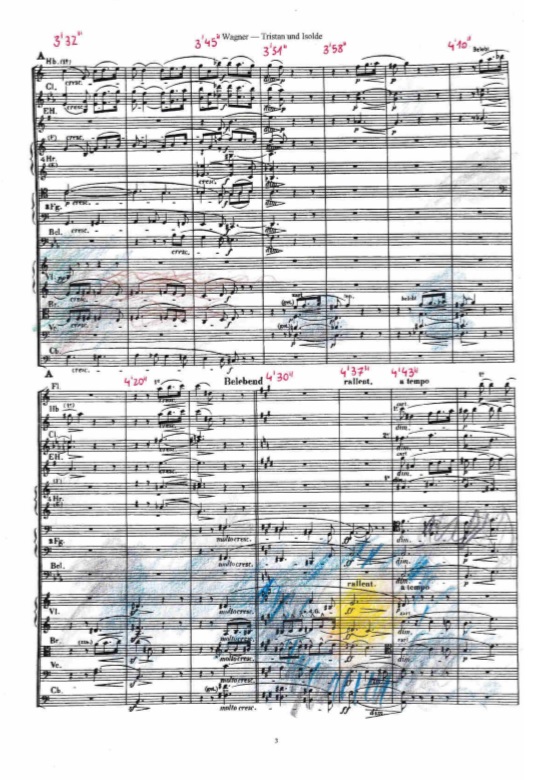 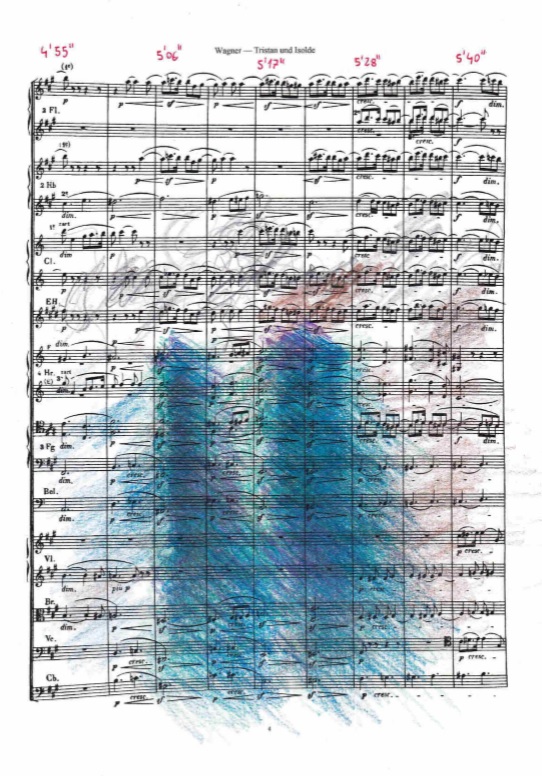 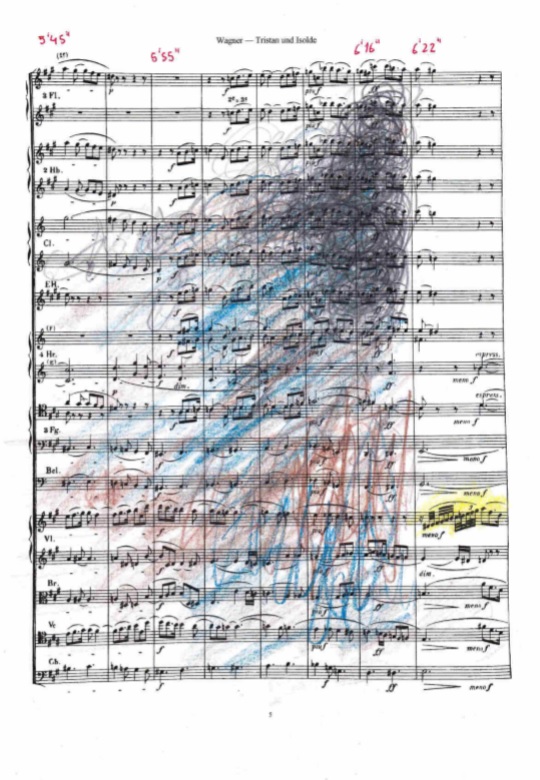 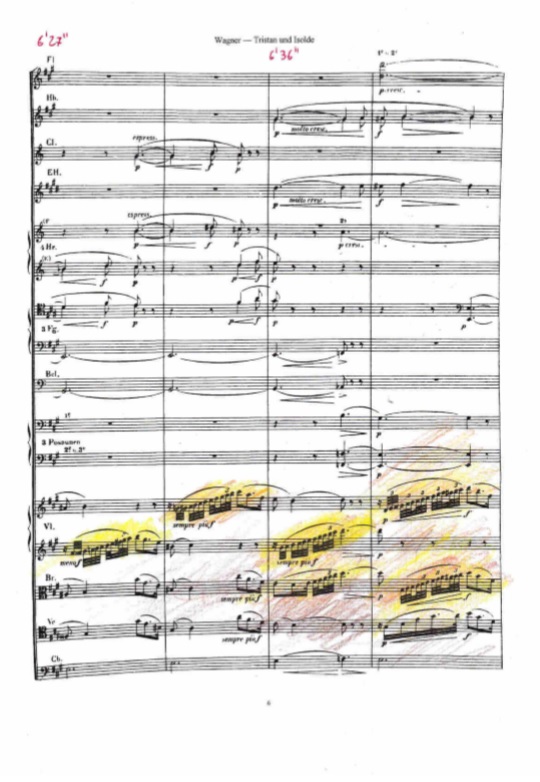 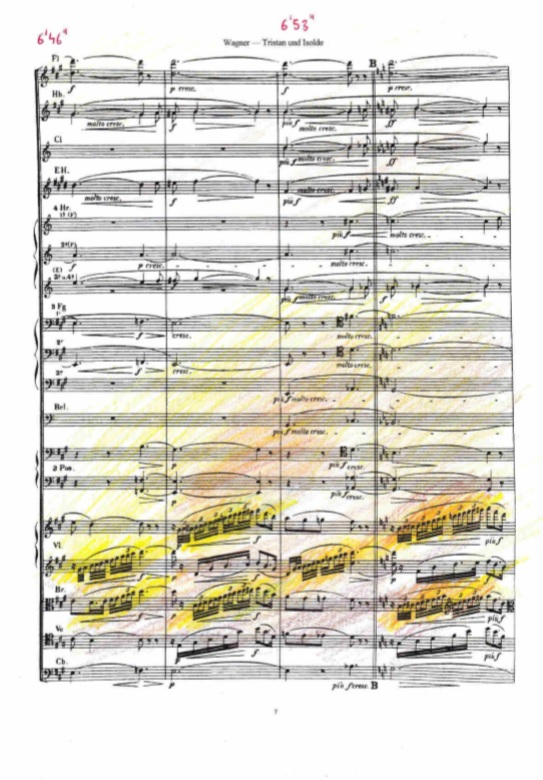 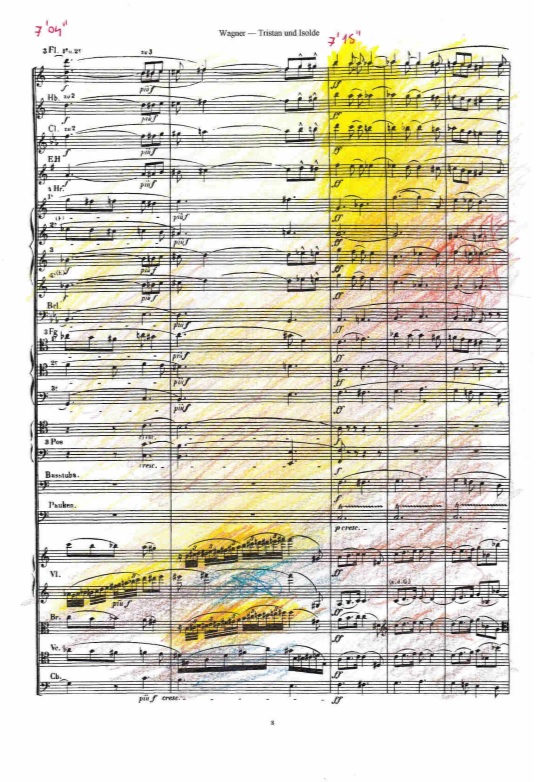 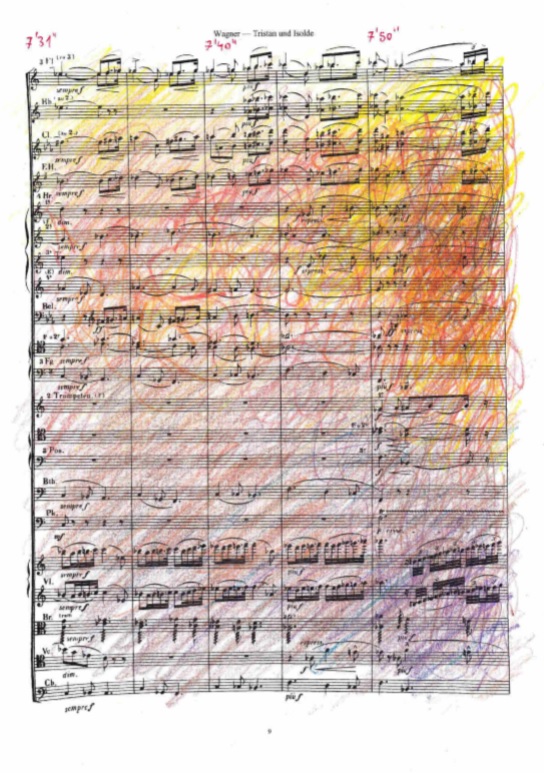 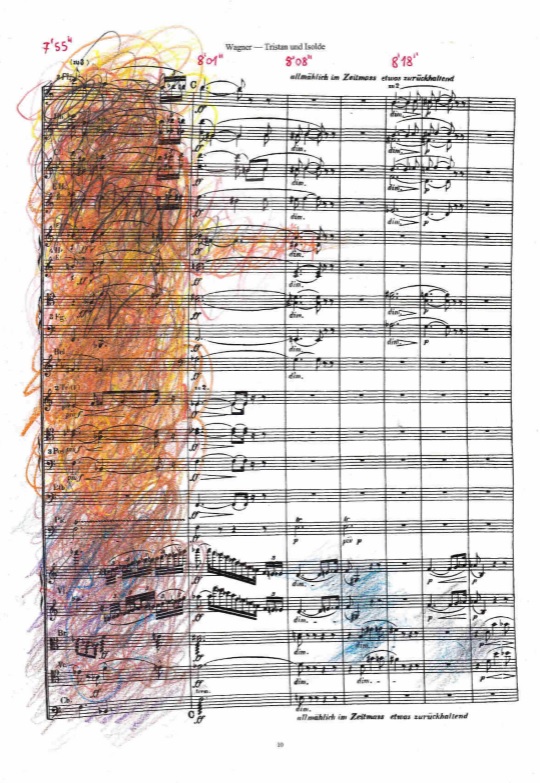 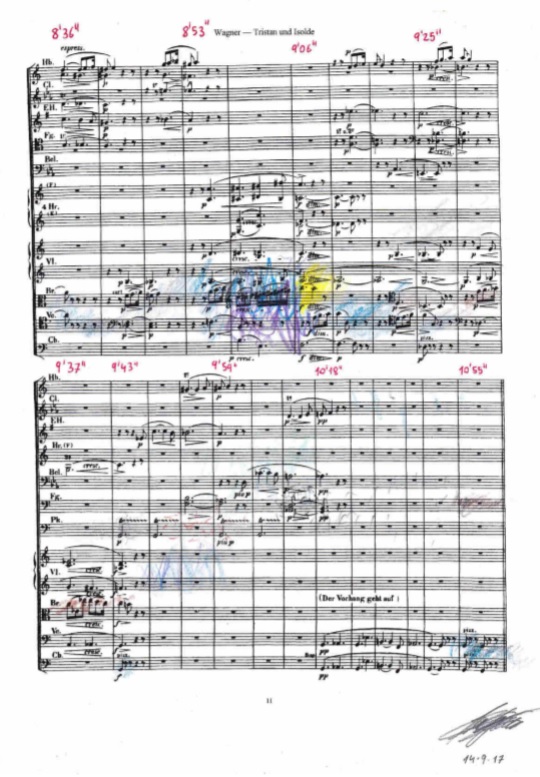 We have the honor to present, an assembly of works by Joan Gómez Alemany characterized by a strong will of holistic understanding of different means of expression and communication. We adopt in this way a transdisciplinary vision of the subject matter of artistic work (which goes from the multidisciplinary to the transdisciplinary, incorporating a sociological perspective) «because, to the period of positivist accumulation of the specialization from which the interdisciplinary arose, another has happened that does not recognizes knowledge as the linear sum of watertight compartments but as the holistic option of the transdisciplinary» [Benavides, 1998, 3].

There are three media in the exhibition:

1.- the cinema – movement image (which in turn combines sound, music and photography).

3.- photography – still image, but projected and that is also combined with the music heard in the room.

The three media are all connected and in turn are independent. 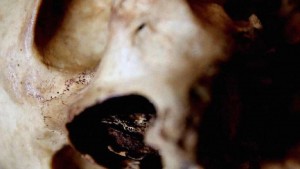 The film is based freely on the work of Lucretius De rerum natura, from which texts and many of the themes (matter, death, art) are extracted, to which we must especially add a dialogue between film and painting, still life, and how images currently circulate from one medium to another. Through highly constructed plans with a contemplative treatment of time, an almost musical sound that is at the same level as the visual, we want to create a strong aesthetic experience and plunge the viewer into a constant reflection on the power of images.

From the work, it could be said that anachronistic, De rerum natura de Lucretius (1st century B.C.), deals with various topics of both contemporary and past. This old book is contextualized from a current reading, where matter and artistic legacy are transformed from new digital media, diluting the past-present-future relationship. 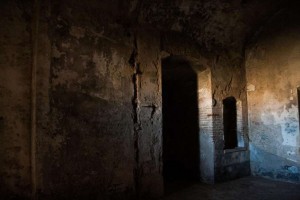 You can listen with headphones, in front of a panel with various graphic scores (see on the carousel), handwritten, edited, to be hung on the wall (like a painting): 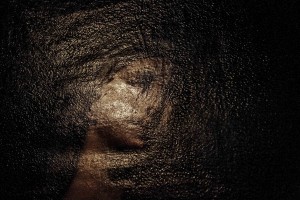 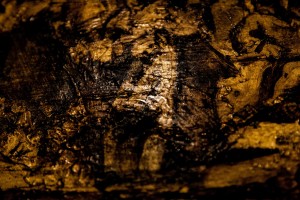 In addition, for the day of the inauguration, a special program: Three interdisciplinary works that combine cinema (both own and others reworking it) and music will be shown. The exhibition of these works will be accompanied by brief explanations and a colloquium. The three works are as follows:

1. L’Arriveé (2’15”), by Peter Tscherkassky, with music by Joan Gómez Alemany. An order from the Impuls Festival, Poitou-Charentes, France, also shown at the Center Pompidou, Paris.

“If in conventional cinema it is said that the best music is the one that is not heard, since it serves as an accompaniment and illustration of the image (which dominates our visual culture), my approach to the work of Peter Tscherkassky L’arrivée had to face two worlds (visual and sound) in full dialogue and equality. His experimental cinema opens the meaning of the image away from our stereotypical visual environment. For this, I tried with the sound to transmit, without illustrating, the same processes of editing and recontextualization of the video, in a work that wants to see the sounds, in the same way that the images are heard”.

2. TV… (8’45”). Interdisciplinary project for ensemble, electronics and video. Commissioned by the Ensems Festival. Premiere at the Palau de la Música in Valencia and at the Mixtur Festival (Barcelona). 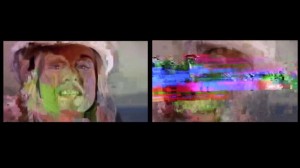 3. 1918-2018 (7′). Work through the reworking and manipulation of a short film by Ingmar Bergman (“Karin’s Face”), with music or musical noise and sound background. 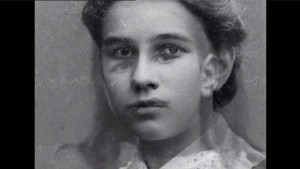 Joan Gómez Alemany has a degree in Fine Arts from the Polytechnic University of Valencia (UPV) where she specializes in the fields of film and painting. He is also a graduate in composition from the Kunstuniversität Graz (KUG) and a piano graduate from the Conservatori del Liceu. He currently holds a master’s degree in composition, opera and musical theater at KUG. Interdisciplinarily combines film, visual and musical creation in continuous dialogue. He has taken film courses with directors such as Pedro Costa, Víctor Erice and Miguel Ángel Baixauli, as well as film criticism and theory with Juan Miguel Company, Vicente Ponce, Javier Moral, Carlos F. Heredero, Ángel Quintana among others. He has studied composition with Oliver Rappoport (Conservatori del Liceu) and Clemens Gadenstätter (Kunstuniversität Graz). His music and visual work is found in museums such as the George Pompidou in Paris, the IVAM and the Carmen Contemporary Cultural Center in Valencia, etc.; and in festivals such as the International Musikinstitut Darmstadt, Impuls, Ensems, Mixtur, Manifeste-IRCAM, etc. His musical catalog includes works of all genres (orchestra, opera, electronics, chamber music, solo, etc.), and has been performed by various prestigious musical groups, in countries such as Germany, Austria, Spain, France, Israel and Switzerland. It is published by the Liquen Records label and has been broadcast on the SWR, ÖRF and À Punt radios.