In the 60’s the situation in Spanish cinema was much more complicated than the surface seen by the ideologues of the Salamanca Conversations in the mid-50’s. Its members opted for the realistic criticism against the objective realism in which it had been linked Part of Spanish cinema. Realism, of German idealist branch, in which the ideas of directors such as Manuel Mur Oti, Antonio del Amo or Ana Mariscal had been founded, was becoming more and more aged before their eyes, but also the insubstantial comedies or the folkloric cinema. This gave rise to a number of paradigmatic directors who would come to reformulate realism: Francisco Regueiro, Carlos Saura or Victor Erice.

At the same time, models were developed that came from a more uncertain past, but without which it is impossible to understand the Spanish cinematographic aesthetics. This past includes the renowned Catalan neovanguard, the Madrilenian, Valencian experimentation, Basque structural and analytical creation or creative islands located in the Canaries, Aragon or Asturias. Under American influence in some cases, French and Spanish in others, it was an aesthetics closer to the Marxist ideal of struggle. It was no longer a question of portraying the environment, as in the case of critical realism, but of facing reality directly, transforming it.

The avant-garde cinema before the Spanish Civil War supposes an almost anecdotal fact that is limited to some rarities, like the works of Ardavín and Sobrevila. Perhaps the beginning of its consolidation appears after the armed conflict, first as something circumstantial in a sort of Dadaism in Mihura’s work, and then sponsored by the Falange, in an attempt to move away from the old realist construction of the CNT (National Confederation of Labor, anarchist) or the PCE (Communist Party of Spain), very influenced by futurism and constructivism, but sweetened with linear narratives. The first and only example that remains of this type of cinema is Red and black, by Carlos Arévalo (1942), filmed just at the time when the Falange suffered a commotion and its debilitation by the authorities of the time of Franco. At that time it is also possible to detect the influences mentioned in Adolfo Aznar’s The Miracle of Christ of the Vega (1940). It is not, however, up to Embrujo, of Carlos Serrano de Osma (1947) when one can speak of vanguard proper. Although this film has a totally structured argument, the psyche of its characters is anchored in the abstraction of concepts in the line of German expressionism or Soviet constructivism.

Later came the master par excellence of the first avant-garde in Spain, José Val del Omar, with his impressive Elemental Triptych of Spain (1955-1982). But the key moment of neo-avant-garde filmmaking would be the second lustrum of the 1960s, with films like Fata/Morgana by Vicente Aranda (1966), Imitation of the Angel by Adolpho Arrietta (1967) or Dante is not only severe, of Jacinto Esteva and Joaquim Jordà (1967). Under the influence of the American underground, Nouvelle vague, Cinema Novo, Czechoslovakian Nova Viná, Fluxus and Pop Art, a new artistic practice was forged in Spain that detonated or pushed the models towards their destruction, according to The Spanish cinematographic panorama. A cinema that was getting closer than the realism to the destitution of the narrative and aesthetic dogmas of the traditional cinema, individualist of bourgeois origin.

Distributed and projected clandestinely, neo-avant-garde cinema became a marginal project confined in the university classrooms or cineclubs of the time. Some of its authors, like the case of Arrietta, left Spain until the 80s; Others, like Antonio Artero or Alfonso Ungría, fell into the most absolute oblivion. This retrospective tries to recreate, through a brief tour, what that cinema and that era meant for our cinematography.

The life enunciated. The neo-avant-garde in Spanish cinema presents some forgotten pieces of our cinematography, others that have never been projected in Valencia and also works by directors of our environment who, even without being particularly recognized, are an artistic milestone within their filmographies.

The character that encompasses this retrospective is the singular and subjective look towards the vital. Those uninterrupted and prolonged visions that capture a familiar environment, and make it their own. Using the image as a new form of language, not as support, but as a free way to recreate one’s own becoming.

In one of his pieces of Anti-cinema, Objective40° (1969), Javier Aguirre pronounces on the impossibility of achieving the objectivity filmed.

With Think that tomorrow may be the first day of the rest of your life (1971), Lluís Rivera creates a work between pop and militancy, daughter of his own time. YOU CAN SEE UP ON THE SCREEN. 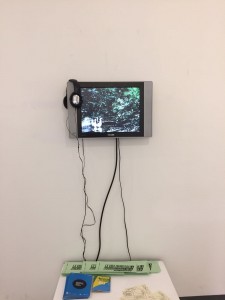 I believe that … (1975) of Antonio Artero, reflects on the representation, the human relations, the cinematographic world and the semiotics. From a militant position, Artero debates the process of interpretation of reality from structuralist ideas.

María Montes and Josep Lluís Seguí appropriated in Description of a landscape (1974) of existing material to create a dialectic in which tradition and mutilation coexist. 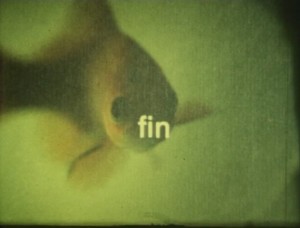 December69 (1969), by Jorge Lozano van de Walle, stands out for a pure glance that flees from the visual estates and is recreated in a generational vision full of anxieties.