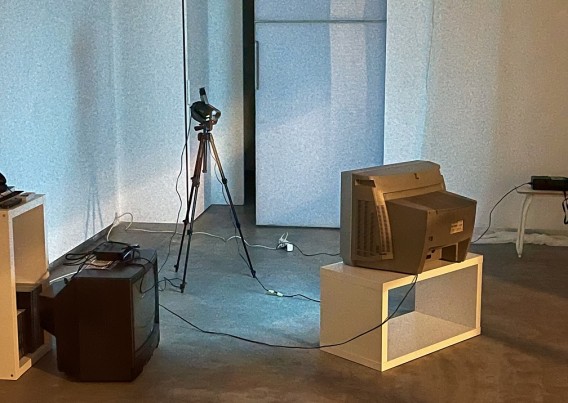 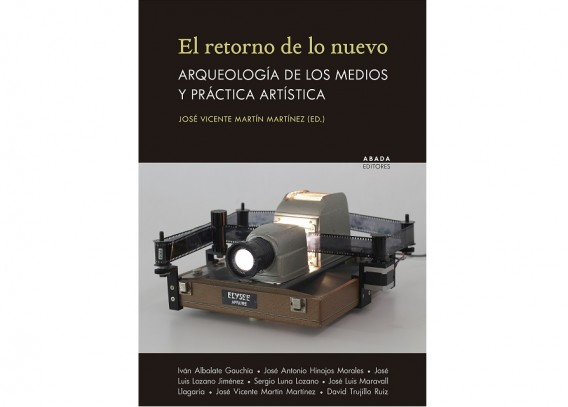 Stranger Than We Think consists of a cycle of four exhibition proposals by the members of the MAAP research group [Media Archeology and Artistic Practice], integrated in the Center for Research in the Arts of the Miguel Hernandez University of Elche. A complex project broken down into four deliveries, which is the result of the collaboration between La Posta Foundation and the Miguel Hernández University, recovers for our programming the constant fascination with image creation tools, the stories and speeches associated with technological devices and also the aesthetic beauty that sometimes emanates from the image-generating object itself.

The focus of these four proposals is approached from the perspective of media archeology and specifically under the label of speculative or imaginary media, from a series of works that combine historical/documentary analysis, design hypothetical and/or the experimental technical realization. In this way, an approach to media devices is proposed from a hypothetical, speculative and/or imaginary approach without necessarily implying that the proposal excludes a material concretion.

Imaginary media have constituted a specific field of media archaeology, developed by authors such as Siegfried Zielinski or Eric Kluitenberg, and include different categories among which we could highlight: those inopportune media that have been conceived and designed or much earlier or more late than his time; conceptual machines, that is, those that were sketched as ideas, but never built; the impossible devices, strictly imaginary, whose initial design clearly shows that they cannot be built, although the meanings they imply critically affect cultural and technological practices; the imaginary means for communication with the divine or the spiritual world; or, for example, imaginary media such as potential media, technical evolutions not carried out or abandoned, associated with the idea of dead media, that is, media that have been discarded, especially those that have been prematurely, due to the success of another technology in competition.

The deployment of possibilities of this medial imaginary, defined in the ambiguous territory of the possible and the factual, turns these imaginary devices into discursive objects, into epistemological-medial toys, in terms of the theoretician Jussi Parikka. In the same way that the literature of anticipation elaborates alternative futures, through scientific-technical and socio-cultural speculation, the archeology of the –imaginary– media investigates the past –a kind of history-fiction– as a way of understanding the cycle history of Modernity and find alternative paths for the future.

The first of these exhibition proposals belongs to the VidyaLab collective (Iván Albalate and David Trujillo). In the Daimonic Encounters project, old disused analog devices are used to record certain signals during the time the room is closed, in order to obtain hypothetical encounters of a daimonic reality and take advantage of this material to generate other video pieces and a composition musical.

Later, with the Aromaescope project, the artist José Antonio Hinojos proposed the speculative design of a device that would be capable of recording and reproducing images, sounds and aromas. In this way, the device proposes the development of a capture system that combines the audiovisual register with the olfactory one, a sense whose presence has historically been frequently discarded in the investigation and production of technological media.

Next, José Luis Maravall presents on October 15, 1894 a fictional documentary that narrates the fortuitous discovery of a project never put into practice: the construction of a device that integrates musical execution with the production of visual images, in charge of an unsuccessful composer of the late 19th century. The project combines both the description of the documentation referring to the discovery and the plans and diagrams to build the device, and is completed with the motivations that gave rise to it, based on the author’s correspondence.

Finally, José Vicente Martín and Sergio Luna present, under the title of Where nothing happens, a work that starts from the assumption that the moving image, discourse and form that inhabits the essential core of media modernity, is born from a paradox: cinematic time. it is based on a physical discontinuity formed by discrete units –fixed images– and an illusory continuity generated by the processing that the seer’s perceptive system operates on these units. Cinema, film narration, is built on still images that run one by one and must necessarily be separated by a caesura, a hiatus that remains imperceptible but that inhabits the spirit of the discourse, something hidden that undermines its essence and sows a doubt that Where Nothing Happens explores. What is hidden behind these discontinuities, what would happen if there were another narrative to reveal? The work thus consists of a film in which the essential structure of filmic continuity is deconstructed, allegorically substituting these interstices between frames of a sequence for another that takes place simultaneously, generating an apparently chaotic flicker, in reality a syncopated narration that he wants to show what cinematic time might hide.